10 Things About Being An Entrepreneur

10 Things About Being An Entrepreneur 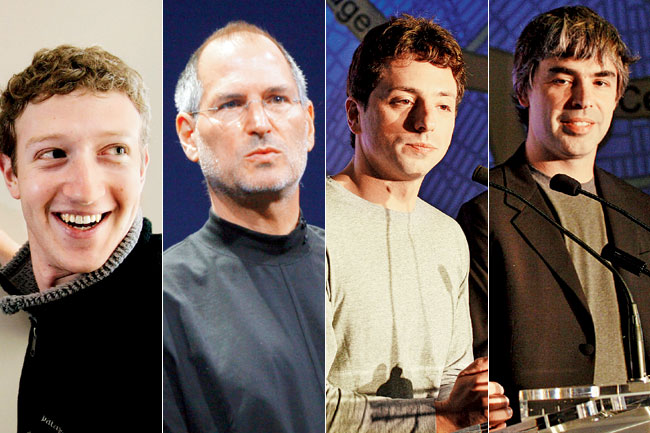 His grey matter strikes a new idea in the middle of traffic. He cannot work like the conventional workforce. He mind holds a childlike curiosity to feed. He chases after the yardstick. On a Sunday, when people plan to pray or party, he wakes up with a brighter idea on how to become a billionaire.

Here’s a scroll on featured entrepreneurs –

An incessant urge to thrive

An entrepreneur can never stop, whether his office is the broken garage or a glass house of floral architecture. He has to keep it going and rolling in all days and nights. For the satiation comes from not becoming a billionaire, but pursuing something wonderful.

He doesn’t need a tarot card, a morning quotation or a word of appreciation to inspire him. The entrepreneur knows his station where perseverance is the keyword. “Entrepreneurs often face naysayers, because we see the future before the future plays out,” Matityahu says. He can fall down, get up, dust off and move on. But the most magnificent thing about him is that he knows how to ballad with struggle. And secretly, he enjoys it.

While most people can see till the sand bags, the entrepreneur visualizes getting a standing ovation. Believe it or not, the reasonable foreseeability of the entrepreneur is much more than the average man. He is in the pursuit of that picture. Regardless of everything, he will paint his passion. As said, “As within, so without”.

He likes to break the rules. And then reinvent them. He can never follow the herd because he likes to be the blue face in the crowd of yellow. “They have no respect for the status quo.” His mind is a dimension radiating with crazy ideas mirroring his passion, all of which he wants to explore. Playing it safe is what he refrains from. The reason: Adventure is his sweet tooth.

He is not just a dreamer, but a doer

He is constantly finding who is. And in the process he struggles, he fights and then he breaks free and flies away. He is constantlyreaching out, dreaming and doing. He makes a mistake. Then he does it again. But he does it the best that he can. Does’nt matter if it’s not his day. This one’s got an unconquerable soul.

His mind is a hotspot for ideas. It’s crazy! He takes a sip of coffee, takes a walk in the park, gets high like junkie, stares at the stars, dreams at night and all this while, he gets a gust of ideas! His ideas never go to sleep.

A salesman. A tech niche. A financial counsellor. A spokesman. That’s the frontman we are talking about. His every reason and season beats with a different rhythm. He can sway on all sides, in all tides. Multitasking is a craft this man learns as he takes the crude path of entrepreneurship.

Failure is just the beginning

Entrepreneurship is the game where failure is the genesis. “When we commit mentally, our actions follow” says Blashack Strahan, the founder and CEO of Tastefully Simple, a direct-sales company for gifts and easy-to-make meals, remembering the calls to her bank when she was three months overdue on her mortgage. Her company had sales in 2012 of $98 million. The one thing the entrepreneur can’t is to give up. Systems hack, teams fall apart, ideas fail, finances go out and then crawls in societal discouragement. Yet, the entrepreneur will be the last man standing. He will look failure in the eye and say, “Rain check friend! But I gotta get this”.

One of the primal reasons why entrepreneurs are who they are because they want to expand to completion. You’ll hear him say, “I cannot work for somebody else. It takes away my liberty”. They cannot lead their lives for someone else. That’s the prison bus for them. Having the liberty to grow and prosper is pivotal for every man of this creed.

Then he strikes! And guess where he looks after the strike? He looks at the goalie and says, “Remember me!”.

Please use the comments if you’ve got more to add.