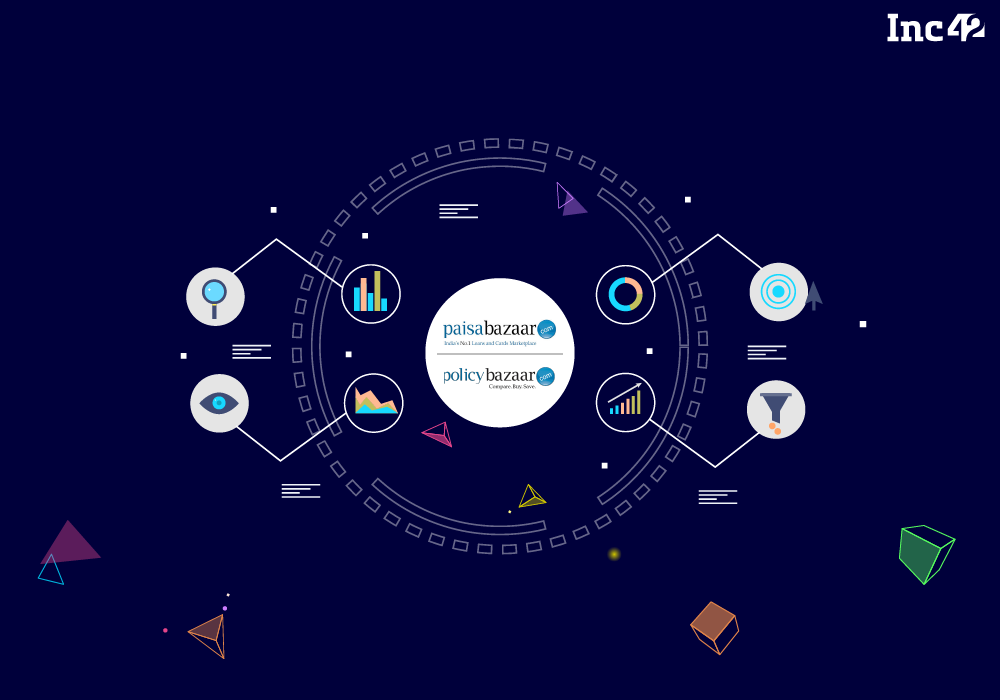 - PolicyBazaar's policy of selling insurance through its main platform and loans and credit cards through PaisaBazaar has helped it clock a higher growth rate and revenue than BankBazaar
- With 4X growth and revenues of INR 76.45 Cr In FY17, PolicyBazaar has caught up with BankBazaar, which posted revenue of INR 71.16 Cr in FY17

Fintech is going like hotcakes at the moment in the Indian startup ecosystem. In fact, it’s been this way since the November 2016 demonetisation in India. Besides pushing people towards cashless transactions, Prime Minister Narendra Modi’s masterstroke opened the floodgates of opportunities for companies to unleash a never-ending wave of digital financial products on Indian consumers.

Riding on the wave of increased financial transactions and the digital push in the economy, online insurance aggregator PolicyBazaar registered a standalone growth of 383% and consolidated growth of 331% (along with PaisaBazaar, the loan and credit card aggregation platform of PolicyBazaar).

PolicyBazaar started its operations in 2008 as a web aggregator and comparison website for insurance products. Later, in February 2014, it started PaisaBazaar — its financial advisory platform — thereby marking its entry in the digital lending space.

A few weeks earlier, we analysed the financial performance of another leading fintech player BankBazaar. While BankBazaar clocked a revenue of INR 71.16 Cr ($10.38 Mn) in FY17, it showed little growth compared to FY16. With an almost 4X growth and a consolidated income of INR 76.45 Cr ($11.15 Mn) in FY17, PolicyBazaar has caught up with BankBazaar.

This prompted us to look at the financials of the PolicyBazaar and PaisaBazaar separately to assess the extensive growth registered by the company.

Deep Dive Into The Financials

Founded in 2008, PolicyBazaar enables users to compare life insurance and general insurance products. The startup features products of all major insurance companies in India on its platform to help its users decide which policy suits them best.

PolicyBazaar, the newest unicorn in India, has raised $364 Mn till date from investors such as InfoEdge, SoftBank, Tiger Global, Temasek etc.

In February 2014, PolicyBazaar forayed into the loan and credit card aggregation space through its new platform, PaisaBazaar, another online marketplace.

While examining the line items of expense of these PolicyBazaar and PaisaBazaar, we noted some points of interest:

According to the government’s Make In India data, India boasts 600 fintech startups at present. Some startups are causing disruption in this increasingly competitive space by introducing revolutionising solutions in the market.

The rising penetration of the Internet and smartphones has provided a boost to the fintech industry. Constant innovation by fintech startups urged the government to give the necessary impetus to the sector for the first time in the Union Budget 2018.

According to a market research report by The Ken, total online loan disbursement in India between 2014-2016 increased at a CAGR of 68.8%.

Going ahead, the overall fintech sector is expected to reach $500 Bn by 2020. The growth is being spearheaded by digital lending startups and platforms offering price comparison of wealth management products. And with everyone making a beeline for fintech, competition is heating up in the space.

With deep-pocketed players such as Paytm dominating digital payments and Indian ecommerce giant Flipkart looking to enter consumer lending, players such as BankBazaar, PolicyBazaar, and Paisabazaar need to keep an eye on their balance sheets, as survival of the fittest is the only adage that applies to this cut-throat market.

Update: July 14, 2018, 3pm: This article was updated to correct some errors in the interpretation of financial data and the headline was changed.