In 2017, India saw a procession of startups and companies venturing into bike-sharing space looking to tap the billion-dollar opportunity in the Indian market. With players like Ola and Uber popularising cab-hailing, bike-sharing also becomes an easy sell for many startups. The likes of Bounce, Yulu and Mobycy tried to curb India’s traffic and vehicular pollution problems by introducing dockless bikes in the market, which attracted international players as well.

Looking at the high growth opportunity, Ofo, among the market leaders in China, also entered the Indian market in 2018. But in less than six months after launching in seven cities in India, the company had to shut down its operations in India. The Ofo exit from India — after Bounce acquired its assets — clearly showed that simply flooding the market backed by VC funding may not be the right approach for the Indian market as large as the opportunity is.

So what went wrong for Ofo and how can Indian startups learn from its short stint to prioritise unit economics and cautious expansion.

The Cash-Burn War Has No Winners

Till last year, many of India’s biggest startups were burning investor cash in a bid to outpace each other. The consumer market in India is heavily dependent on discounts and buying repeat usage, which meant startups in mobility services were bleeding money. But as is common knowledge, this can only sustain short-term growth — only the strongest companies thrive by sustaining themselves through tough times.

With the rise in competition in the market, a startup needs to build traction to attract follow-on investments and expand one market at a time, while also diversifying the offerings.

Ofo focussed on a single model and expanded rapidly in under six months. While it did well in the initial phase thanks to the reliance on cash burn, it ran out of fuel as it realised it was fighting battles in many different geographies with the same approach. Soon, it could no longer compete with its competitors in China such as Didi, Mobike, Meituan, Hellobike and Alibaba, and this had a trickle-down effect for India as well.

Companies should understand that burning cash without any strategy could result in a downturn or even a permanent shut down.

Over-Reliance On A Single Model

Ofo stayed a standalone bike-sharing company. It tried to sustain the same model, forgetting the main mantra of innovation. Bike-sharing business is capital intensive and they could not charge more than INR 10-20 per hour due to high competition.

So companies need to understand that it is tough to sustain a single model, and there are always opportunities to explore in the model. Ofo tried to sustain its standalone bike-sharing model by trying to deploy new bikes, cancelled the deposit requirement, and so on but eventually, it couldn’t compete.

Mobility businesses, particularly the bicycle-sharing model is a capital-intensive business because of the high costs associated with fleet, installation and safety. Managing this single model meant Ofo would have taken a long time to reach breakeven. Companies operating in multiple models can easily leverage one user to build repeat usage — similar to how Ola and Uber have done over the years.

To be relevant in the market, companies should always look for a bigger opportunity like how Yulu pivoted from bicycles only to electric scooter Yulu Miracle in 2019 after two years of operations. It introduced a high-margin product, which allowed it to expand sustainably.

Clearly, there is a huge market for EV two-wheelers in India that Ofo could have tapped had it allowed itself the time to grow. As per DataLabs, the EV sales in India has grown multifold with around 760K EVs sold in 2019 including 126K two-wheelers (16.59% of total EVs sold). 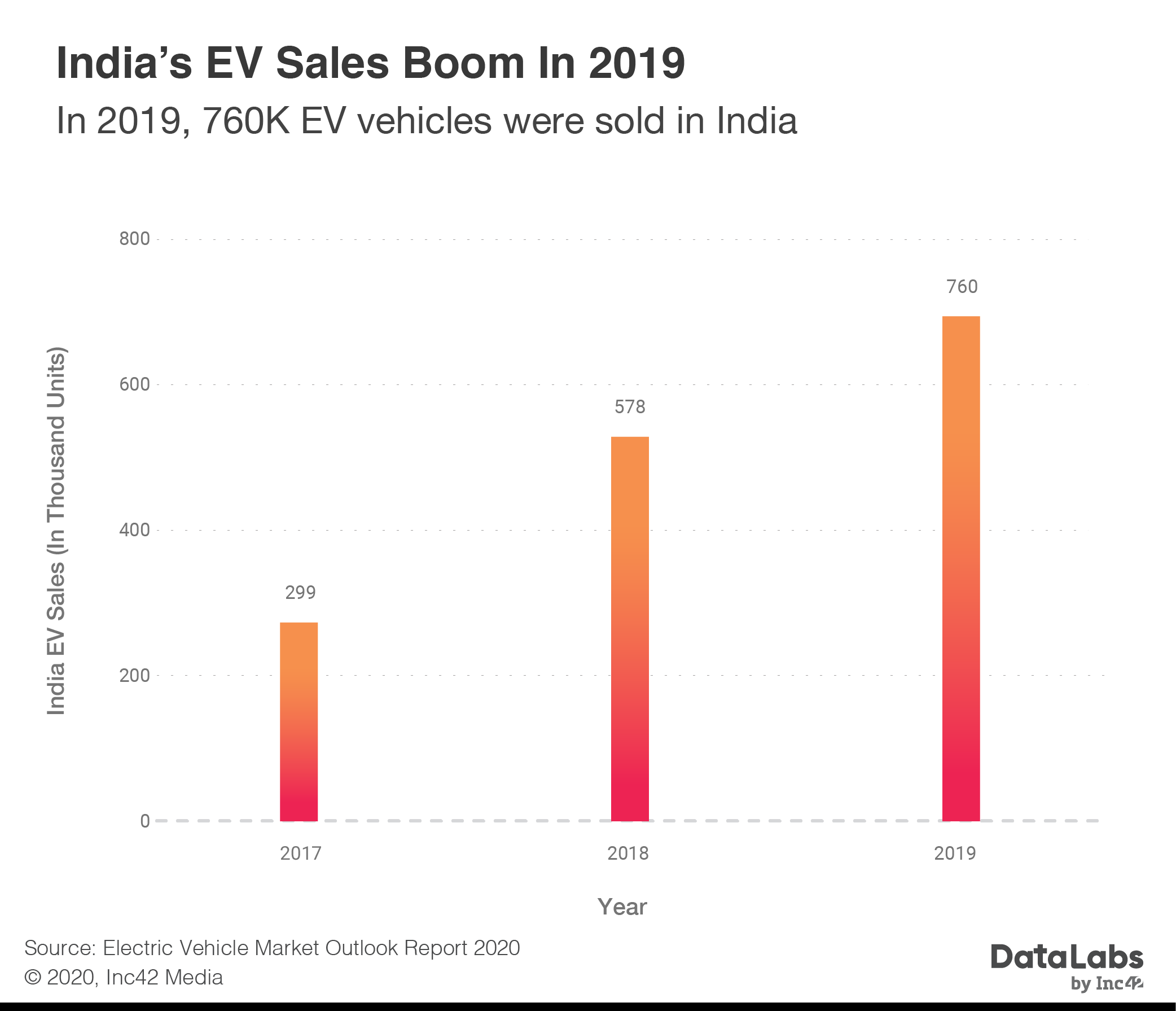 Choosing the right market plays an important role in the success of two-wheeler startups. The cities with the highest congestion and worst vehicular pollution are ideal for such operations. But here also, the company could have played it cautiously and learnt from the initial traction. Rushing and expanding into cities was a big mistake on Ofo’s part and many Indian startups have already learned it.

As clearly seen in the traffic index by Tomtom, Bengaluru has the worst traffic in the world and many Indian startups such as Mobycy, Yulu, Bounce and Vogo saw the potential for growth there.

Ofo was in the rush to enter the international market. The company went international in 2017. There is no doubt that an international launch helps a startup increase its valuation. But it also means a huge investment without any guarantees of growth.
Ofo launched its services in India in New Delhi, Indore, Bengaluru, Ahmedabad, Pune, Coimbatore and Chennai. This rapid expansion was certainly more than Ofo could chew.

In hindsight, had it chosen to focus on 2-3 key markets such as Bengaluru, New Delhi or Mumbai, which are the most congested cities, Ofo might still have been a force in the Indian Market. As bike-sharing businesses require huge investments in terms of bike procurement and infrastructure in every city, expansion without considering usage and market dynamics turned out to be a disaster.

With growing congestion in Indian metros, the need for sustainable mobility solutions has never been felt more in the past. Besides being pocket-friendly, these services are also changing the overall landscape of the country’s mobility solutions.

According to a study by Unu, a German manufacturer of electric scooters, the fleet size of bike-rental apps in India is now over 15K vehicles, which is higher than more developed economies of the US and other Western countries. The report further estimates that a major part of this leap took place in recent years where the Bengaluru-based bike-rental startups such as Vogo and Bounce made inroads to the bike-rental space in India.

With plenty of funding to fuel their expansion, both startups have increased their fleet to over 7,000 two-wheelers each. However, even after pioneering the model of dockless bike rentals, where a customer can pick and drop the bike at a place of their convenience, these startups are facing difficulties in expanding their services beyond Bengaluru. So clearly, Ofo should have taken it slower when it comes to expanding and should have focussed on a couple of key markets rather than seven cities at once. 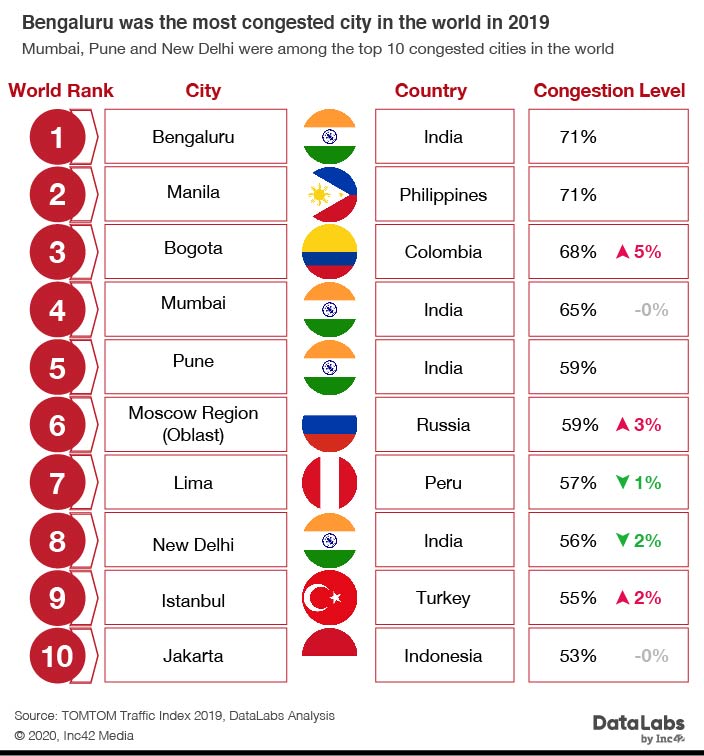 While ever-increasing traffic congestion in Indian cities makes them ripe for growth, a major concern for companies entering this space is the infrastructure. The lack of infrastructure makes India an inconsistent market even in cities such as Bangalore, Delhi, Chennai and Pune. This is exactly what Ofo tried very hard to solve and eventually failed to find stable ground.

Bike-sharing is attractive because it allows quick and safe commutes, but there are major operational difficulties.

For instance, the distribution of bikes is hugely expensive. For Ofo, each bike cost almost $100 and they were meant to last two years. Instead, these bikes lasted only a month or two, either due to misuse or being left in unsafe areas or due to theft. In Ofo’s case, the expansion was fast and it often didn’t come with processes to ensure that bikes are stored and docked safely.

Flooding the market with bikes without monitoring the situation around their condition led to huge losses for Ofo. Ofo overestimated the demand from Indian consumers and flooded the market with bikes. Piles of unused bikes lying on the street were not an uncommon sight.

Moreover, its ‘park-anywhere’ model is not feasible for bike-sharing startups in India due to huge traffic, safety and logistical issues. The model creates operational troubles and eventually leads to clogging up of pathways

Yulu and Vogo among others addressed the issue of the ‘park-anywhere’ model by setting up designated zones for parking. These act as safe havens for the vehicles too.

Some of the other measures taken by Indian mobility startups to improve operations and decrease vandalism and thefts include:

Clearly, there were many challenges faced by Ofo which led to its exit from the bike-sharing business. The mismanagement of funds, intense competition from other mobility vehicles, operational inefficiencies and reckless expansions were the major reasons for companies failure.

In a country like India, first and last-mile mobility businesses have a rich opportunity, but the Ofo experience shows that it’s not without roadblocks or pitfalls.

Startups that solve for poor infrastructure and safety processes have proven to be more successful. Secondly, gradual expansion has been key as well. With the rise in environmentally conscious consumers and government efforts in encouraging electric vehicle adoption, the Indian market is experiencing a surge in electric vehicles and going further, bike-sharing startups need to address the infrastructure and operational challenges for EVs as well as this is the next growth area for two-wheeler rentals.