India is also home to over 5,694 active investors as well as over 38K startups

Fintech poised to be the future torchbearer for the Indian startup ecosystem, taking over from the ecommerce sector

The 2020 decade has been anything but uneventful for the Indian startup ecosystem and we are just 15 months into it. While by March 2020, it was clear that there will be unforeseen challenges, startups managed to navigate through this in an encouraging manner, all things considered.

Today, the Indian startup ecosystem is home to approximately 38,815 active startups which is inclusive of both funded and bootstrapped startups. As the launch of new startups pushes the culture of entrepreneurship forward, one cannot ignore the investors either — India is also home to over 5,694 active investors.

For Indian startups, the funding winter this year has begun in the middle of sweltering summers. While the ecosystem has come a long way since 2014, going through the golden period of funding between 2015 and 2017, after a couple of years of slow but mature growth, 2020 has been a year of decline.

With the growing uncertainty regarding the surge of Covid-19 cases in India in the past month, the adoption of internet based solutions in the country is expected to keep growing, and this will also improve the investor confidence in 2021 and perhaps beyond.

This can be best ascertained from the fact that so far in 2021, nine Indian startups have touched $1 Bn+ valuation as opposed to the six-year annual average (2015 to 2020) of six unicorns. At this pace, India is likely to see 100 unicorns by 2023, much earlier than the earlier projection of 2025.

To celebrate the success of the Indian startup ecosystem in the last decade and to portray a vivid understanding for the next, we are happy to announce the launch of the second edition of our flagship report — The State Of Indian Startup Ecosystem, 2021 — which tracks the state of startups in India from 2014 to December 2020.

Fintech: The Torchbearer Of The Indian Startup Ecosystem

For long the Indian startup ecosystem has banked on ecommerce giants such as Flipkart, Snapdeal, Myntra and other vertical platforms. But over the past six years, the average annual growth rate of capital inflow in fintech startups was 45% as compared to 20% for ecommerce. This indicates that very soon fintech will become the startup sector with the highest share of venture capital funding in India. 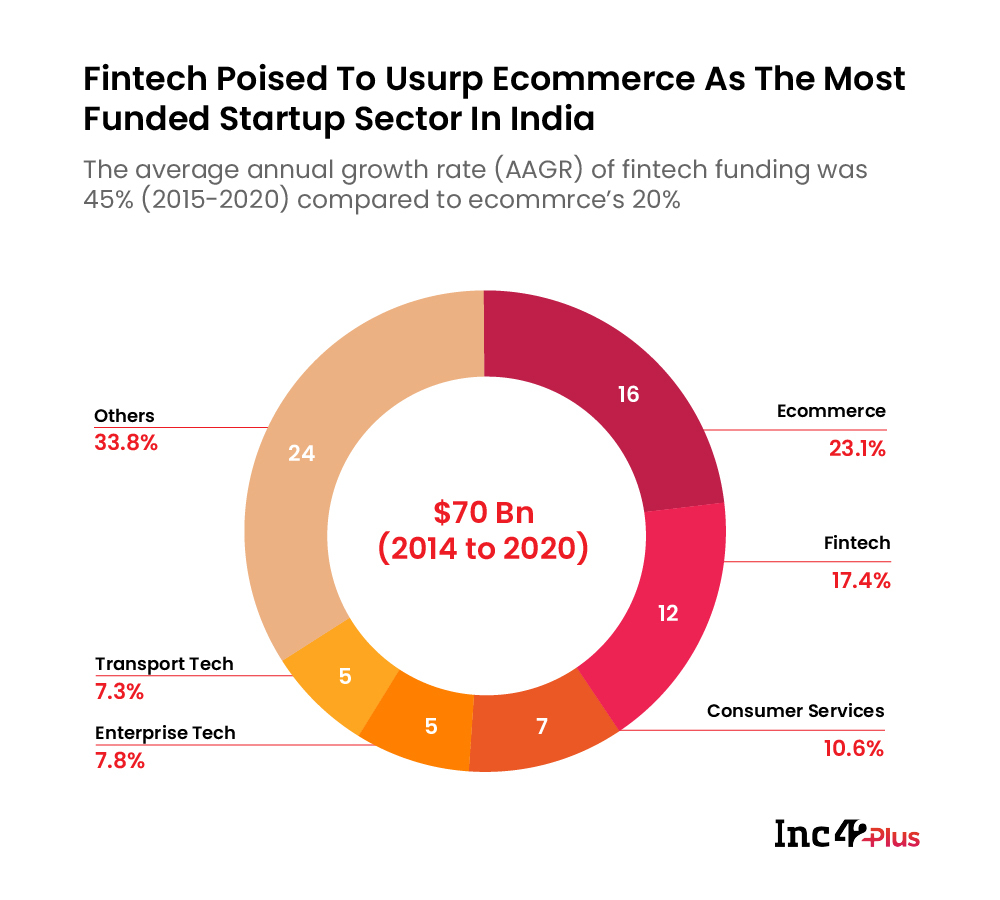 USA: The Biggest Source Of Foreign Investments In Indian Startups

India is also home to over 5,694 active investors out of which approximately 27% of the total investors are from the United States, making the country the biggest contributor to the growth of entrepreneurship and startups in India. 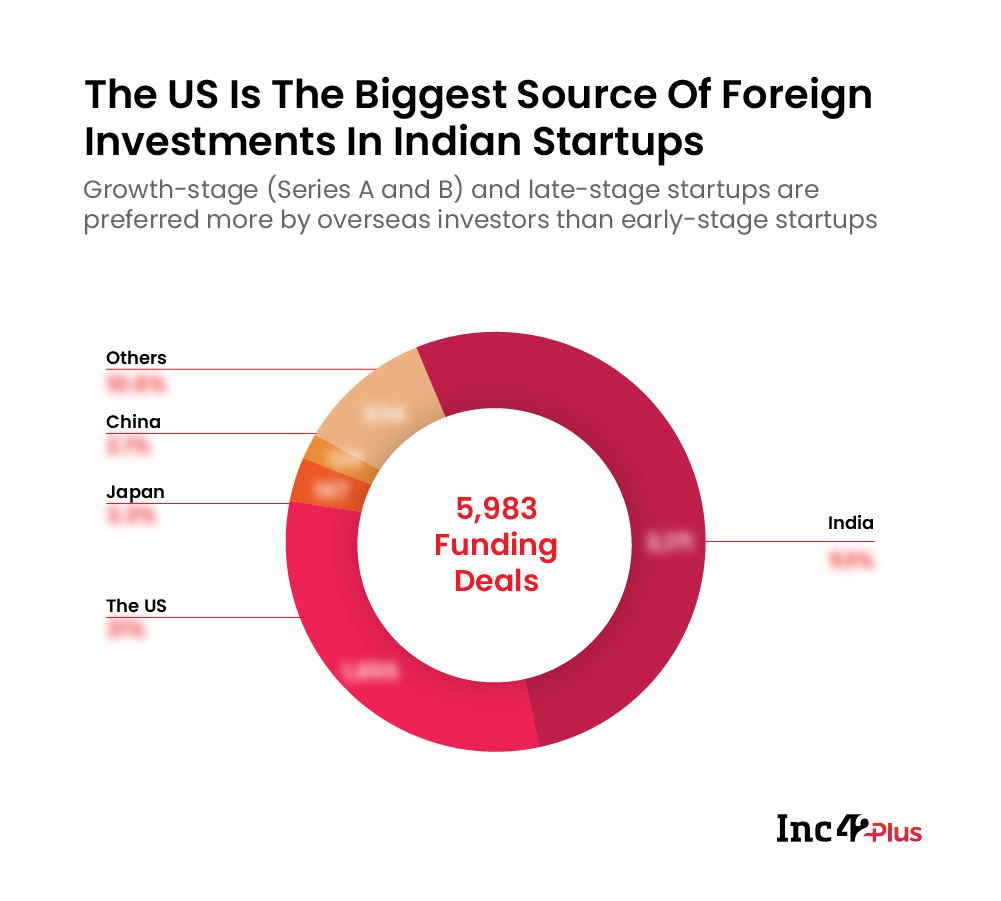 Entrepreneurs, startups, investors and internet penetration are the four fundamental pillars of any startup ecosystem around the world. Fortunately, India is growing positively on all four fronts.

To get a better picture of the data behind these changes as well as our predictions for the new year, read the full report now.