[Note: This article is part of The Junction Series. We are hosting our flagship conference, “The Junction” in Jaipur in January 2017. Learn more about The Junction here!]

Jaipur, capital of the regal state of Rajasthan, is one of the most well-planned cities of its time. Here the past comes alive in magnificent forts and palaces, where once lived the Maharajas. The bustling bazaars of Jaipur, famous for Rajasthani jewellery, fabric, and shoes, possess a timeless quality and are surely a treasure-trove for shoppers.

And, in keeping with its historical evolution, today it has become a budding startup hub, flocked by entrepreneurs and investors alike.

Cardekho.com, CultureAlley, Houssup, Voylla have been paving the way for startups that come out of the Capital City of Rajasthan. The Ratan Tata-powered auto portal listing company, CarDekho (initiated by Girnar Soft in 2007) raised $65 Million in 2015. With this funding, they have been expanding to new ventures – BikeDekho, PriceDekho, TrucksDekho and others and acquiring companies to strengthen their existing product.

Besides establishing its name in ecommerce, Jaipur is bringing learning to people instead of people to learning with CultureAlley. The startup has built a language learning app that has revolutionised the space with its audio-visual lessons and interactive practices. It raised $6.5M from Tiger Global, 500 Startups, and KAE Capital in 2015 for expanding its business.

The Existing Funding Ecosystem in Jaipur: Facts And Figures 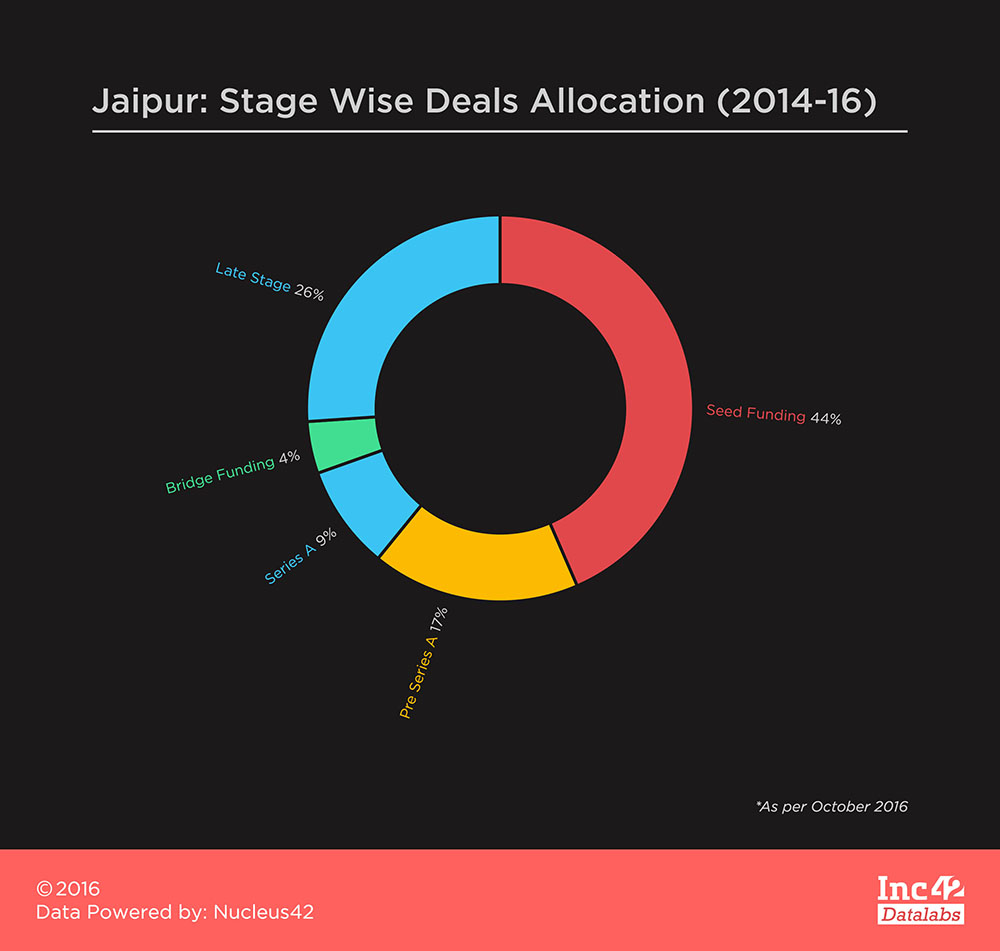 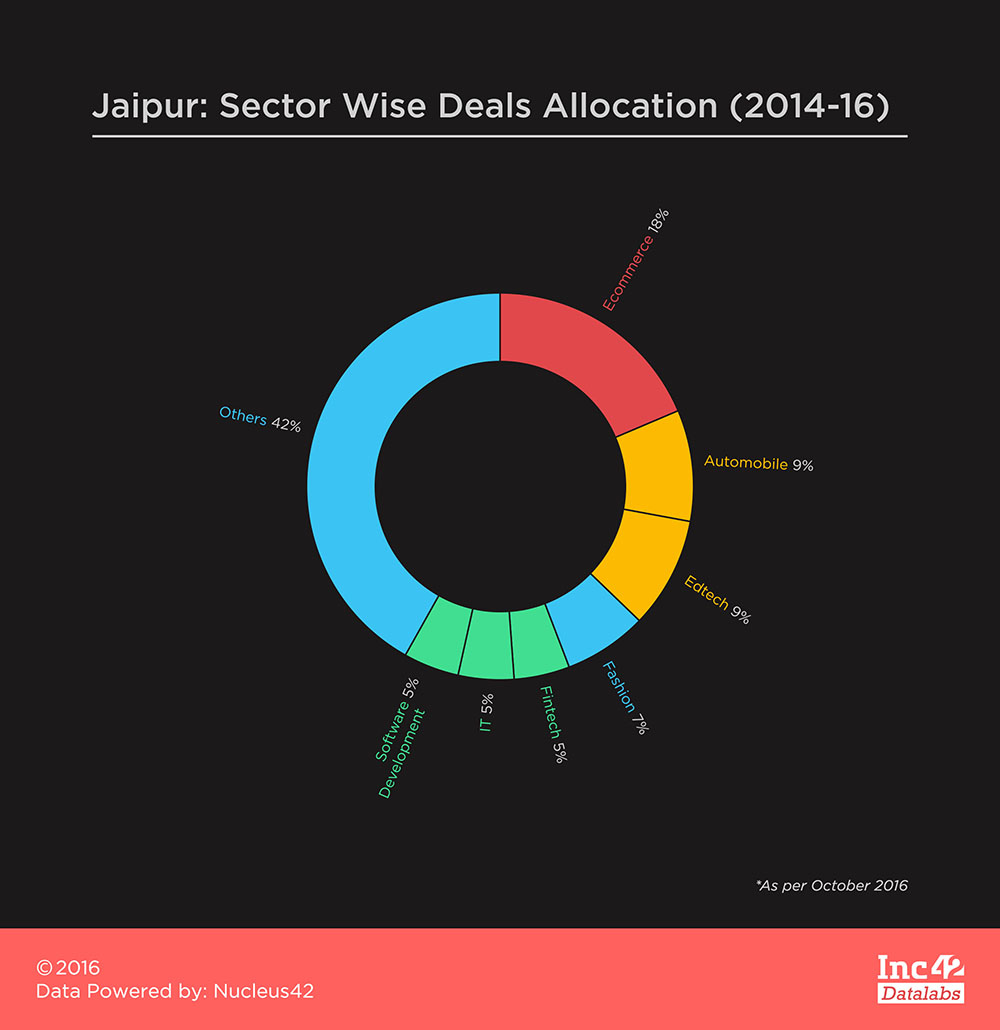 The Beginning Of A New Era

Here are the three pillars, binding the existing startup ecosystem and nurturing it to support new innovations:

Rising number of startups: With 367 Startups (according to angel.co) and counting, Jaipur has come a long way from being just a tourist destination. It can today be counted as a playground for entrepreneurs and investors with a lot of potential to boot. The planned infrastructure of the city, educational institutes and government policies are in line to enable Jaipur to challenge the existing startup hubs like Delhi/NCR and Bengaluru.

Supporting startup funds: Currently, there are also two funds to invest in startups and mid-stage companies operating in growth sectors, namely Rajasthan Venture Capital Fund and SME Tech Fund II. The funds are supported by 15 investors, of which the lead investors are the Small Industries Development Bank of India (SIDBI) and Rajasthan State Industrial Development and Investment Corporation (RIICO).

The Rajasthan government, with its new startup policy and e-governance initiatives, has become the fourth pillar in building a startup supportive ecosystem in the state. The policy makers have also begun taking several initiatives to make Rajasthan the next IT hub in India.

The State currently has its own team of close to 3,000 IT professionals who have worked on the e-governance architecture and framework. The Government has also launched its startup policy in 2015, which will work towards the achievement of up to five lakh directly employable professionals in the ICT sector, development of at least 2,000 technology startups in the state and prioritisation of IT/ITeS/ESDM sector. There is also a mandate to establish 50 incubators in Rajasthan along with angel and venture capital of $73.8 Mn (fund-of-funds) being mobilised for startups.

The Rajasthan Startup Fest, an annual flagship startup event of Jaipur along with Startup Oasis has been quite instrumental in fostering the young talents in the ecosystem.

Furthermore, The Junction, an initiative by Inc42, to be held on January 12-January 14, 2017, is working to bring the top influencers of the world in a 3-day conference which will surely showcase Jaipur as a premium startup hub in the international market.

Stay tuned for our ongoing coverage of the startup ecosystem in various other Indian cities.