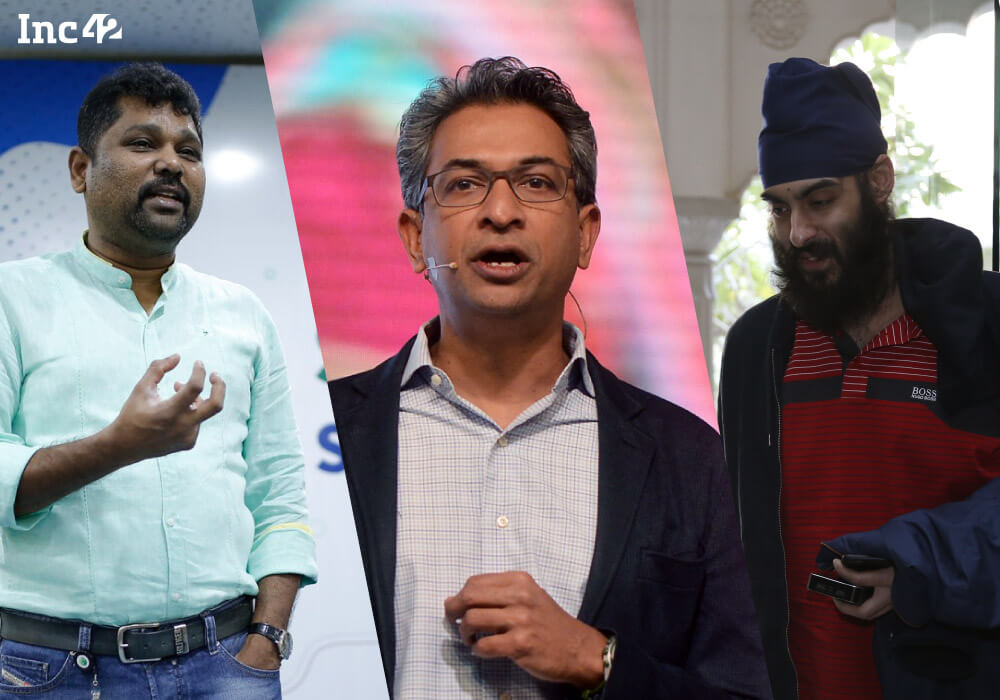 As Per Inc42 Datalabs, Rajan Anandan Was The Most Active Angel Investors In Indian Tech Startup Ecosystem In 2017

This article is an extract from Inc42’s recently released Annual Indian Tech Startup Funding Report 2017 which provides a meticulously detailed analysis of the funding trends, top Angel investors, and Merger & Acquisitions (M&As) in the Indian startup ecosystem for the period 2014-2017. To read more articles of this report, click here.

In the last article, we talked about the three most active VC funds of 2017. Today, we bring you the top three angel investors. Before we share names, let’s take a look at some interesting trends around angel investor participation in the Indian tech startup funding in 2017.

Upon further dwelling into the data, Inc42 DataLabs found that: out of the total angel investors in India (since 2014) i.e. 1,777, over 1410 have made just a single deal and about 192 have made two. This figure came along with 175 angels who participated in three or more deals.

only 9.8% have participated in more than three funding deals.

The second and third rank was taken up by Girish Mathrubootham, founder and CEO Freshworks and Satveer Singh Thakral, CEO, Singapore Angel Network with six deals each.

While in 2016, FreeCharge founder Kunal Shah grabbed the topmost spot, he has slipped to the fifth position in 2017. In 2017, he was preceded by Anand Chandrasekaran, Director, Producer/ Platforms, Facebook. 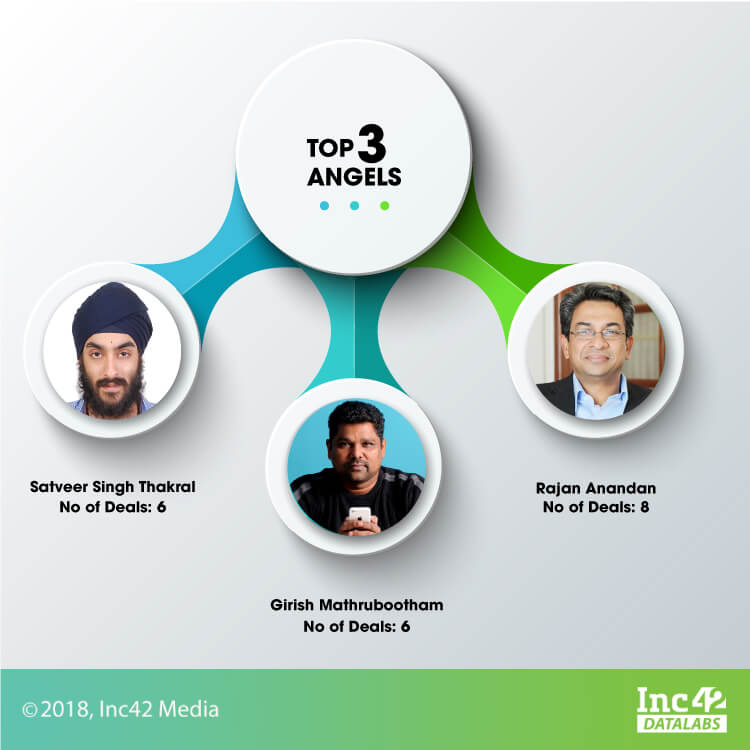 The launch of several angel networks and platforms formed one of the major reasons that have boosted angel investor participation in the Indian tech startup funding.

Another major change is that these platforms and networks have opened doors for High Networth Individuals (HNIs) from across India and especially from Tier II and Tier III cities who are interested to invest in Indian tech startups.

Local angel networks such as The Chennai Angel Network, Chandigarh Angel Network (CAN) (which participated in 8 deals in 2017), etc. have also given a boost to the ecosystem of investors at a local level by bringing them together to boost the startup funding activity in these cities.