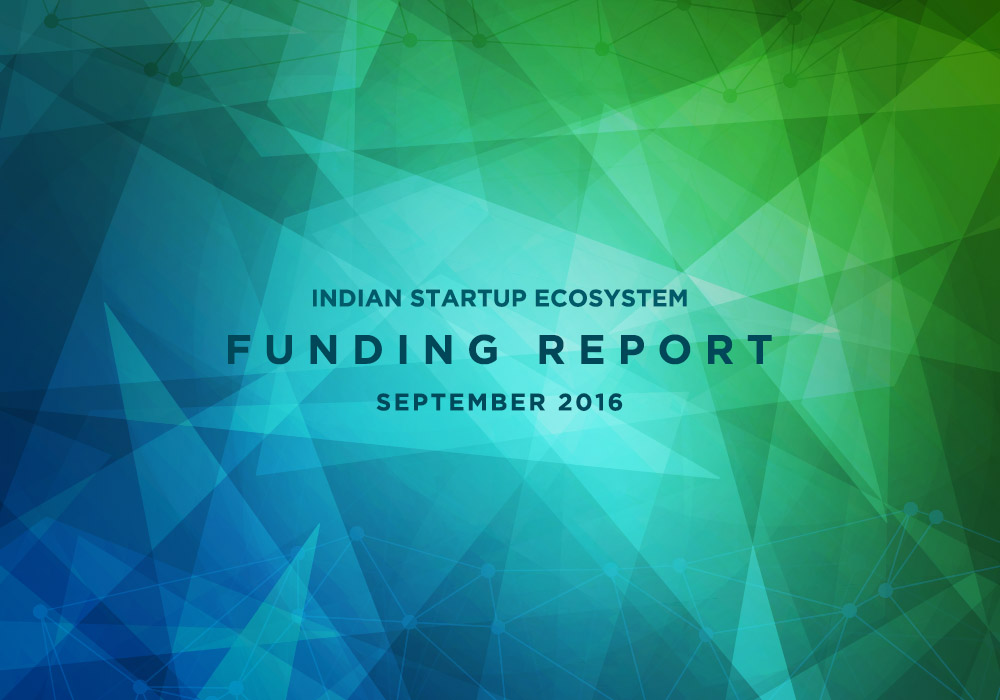 The slew of late-stage fundings witnessed in August 2016 (Oyo, Hike, Quikr, ZoomCar, Mobikwik, InCred, Snapdeal and Paytm) extended into this month as well, with the likes of Druva, Byju’s, Pepperfry, Lenskart, Swiggy and Nykaa drawing in $190 Mn combined.

Do not however, be misled by that number. All other startup fundings combined only grossed an additional $62 Mn, bringing the total funding received in September 2016 to $251.45 Mn. This figure was the second lowest monthly aggregate for 2016 and is a staggering 61% drop M-o-M and an 82% drop Y-o-Y.

Gross funding ought to be considered in congruence with deals struck, as funding alone does not account for undisclosed deals. However, the deals struck in the month of September fail to inspire any confidence.

Every cloud has a silver lining, and so does this report. Amidst the gloomy funding numbers, what prominently stuck out was the number of M&As. The 19 acquisitions (most since Jan 2015) did breathe life into the startup activity in the country. PayU’s acquisition of Citrus Pay was one of the biggest all-cash deals in the Indian fintech industry, raking in $130 Mn for Citrus Pay.

Bengaluru overtook Delhi in gross funding on the back of the late stage fundings received by Byju’s and Swiggy. However, with 21 apiece, both cities received equal interest in the number of deals struck.

Continuing our monthly rundown of the highs and lows of startup funding in India, we analyse data from the deals struck in September.

M&As for the month stood at 19 and included 4 acqui-hires. This has been the highest on record M&A number for a month since January 2015, surpassing the previous high of 18 acquisitions in April 2016. The standout deal of the month was PayU’s acquisition of Citrus Pay for a whopping $130 Mn.

Another scare for the month of September came from the continuing decline in the number of unique investors participating in funding. With 127 investors, the numbers reached a low last seen during January-March 2015. The funding upturn seen in August 2016, was unfortunately not an indicator of changing fortunes for startups.

In stark contrast to the highlight of the month (PayU’s acquisition of Citrus Pay) – fintech funding witnessed a massive slowdown. There has been a progressive decline in funding deals since May 2016, with just one deal being struck. Fintech has been steadily losing steam, of late, but this is a sector with massive potential for innovation, so do not be surprised by a bounce-back sooner or later.

It will be an interesting month ahead – we will see if the ecosystem recovers enough to challenge the highs of 2015. Stay tuned!