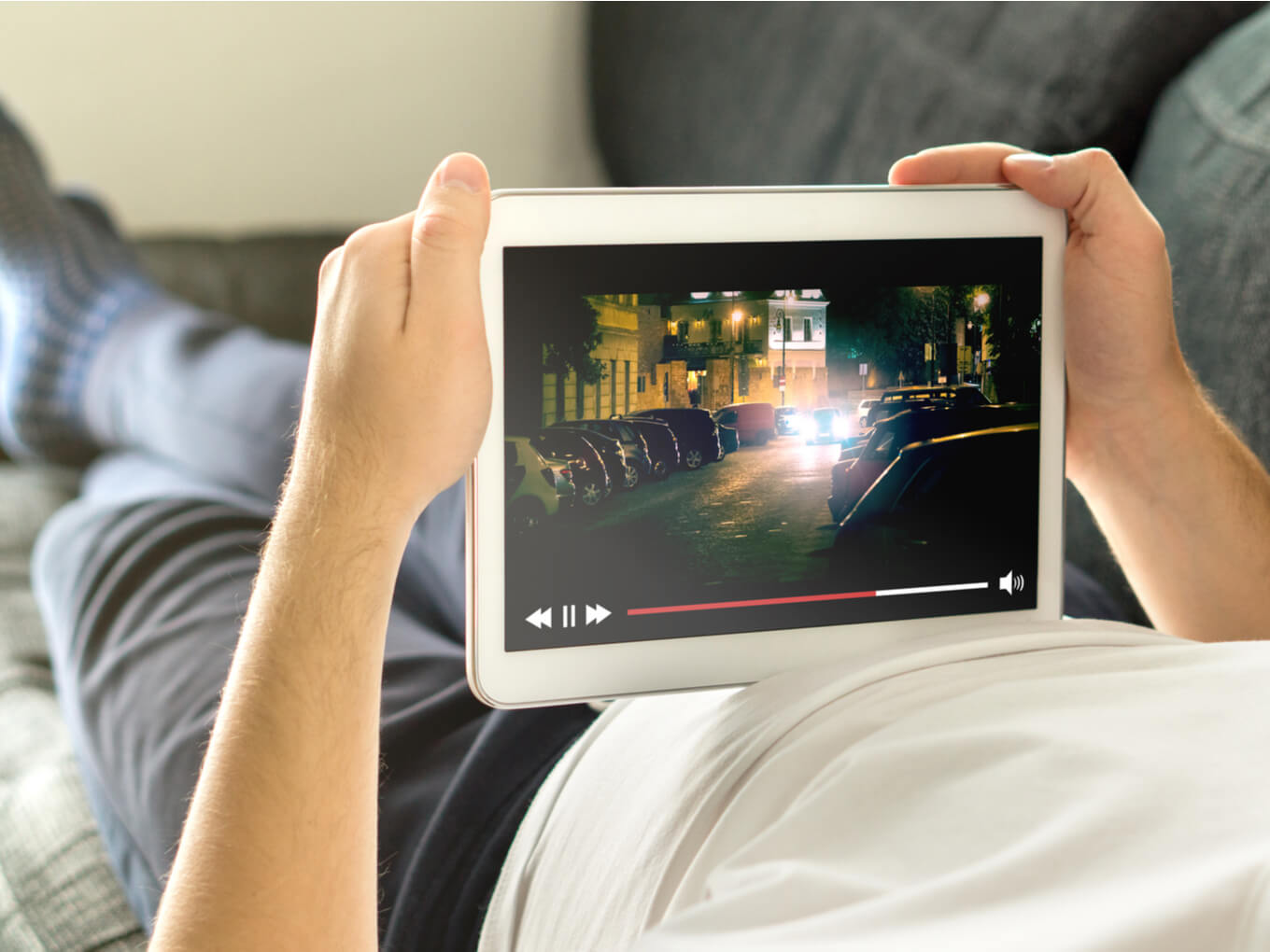 During this time of self-isolation and quarantine due to the coronavirus pandemic, are more people watching content online and using OTT channels? It’s an official YES!

The quarantines and lockdowns have dramatically altered life for almost every country and almost every human being in the past two months. Schools, malls, restaurants, stores, gyms, bars have shut their doors, important expos have been postponed, flights have been cancelled across the world, the government has ordered people to quarantine.

With stock markets crashing, businesses are running into losses around the world, but there are businesses that are also experiencing gains because of the captive audience. Right now, as many people are housebound there is a massive boom in media consumption across the world.

The situation has made people turn to OTT video streaming and there has been a sharp increase in internet usage around the world, which coincides with a sharp rise seen in searches related to coronavirus on Google. 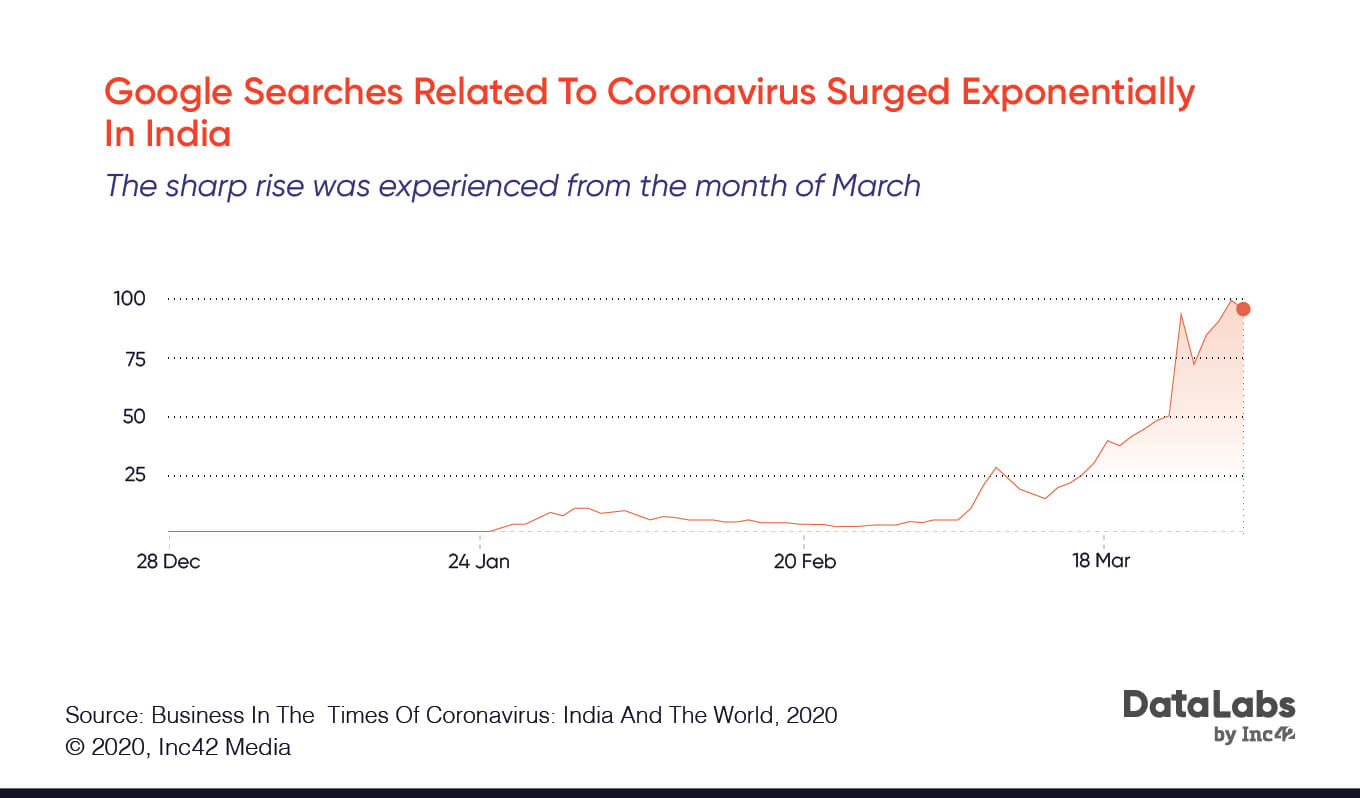 Besides the increase in search interest, there has a massive 600% rise in searches related to images and videos of people washing their hands. Images focussing on hygiene and cleanliness tripled in number, while more videos and content centred on sneezing, coughing and using tissues at all times were seen coming up in these past few weeks. There’s also been a huge increase in the use of the face mask emoji as of the start of March. With social distancing now a topic of growing importance, human connection images dropped 30% whilst travel-related images fell 8%, as per Pattern89, the AI marketing firm.

The usage of mobile usage has grown multifold over the pandemic period. The growth was majorly experienced by the most-affected countries such as China, South Korea, Japan, United States, Italy, Spain, France, the United Kingdom and Germany. Italy and US have become the most impacted countries in terms of deaths and total number of confirmed cases. Italy has seen a 11% surge in the average mobile usage, while France was at 7% in February 2020 and Spain was at 5% as per the data from App Annie. 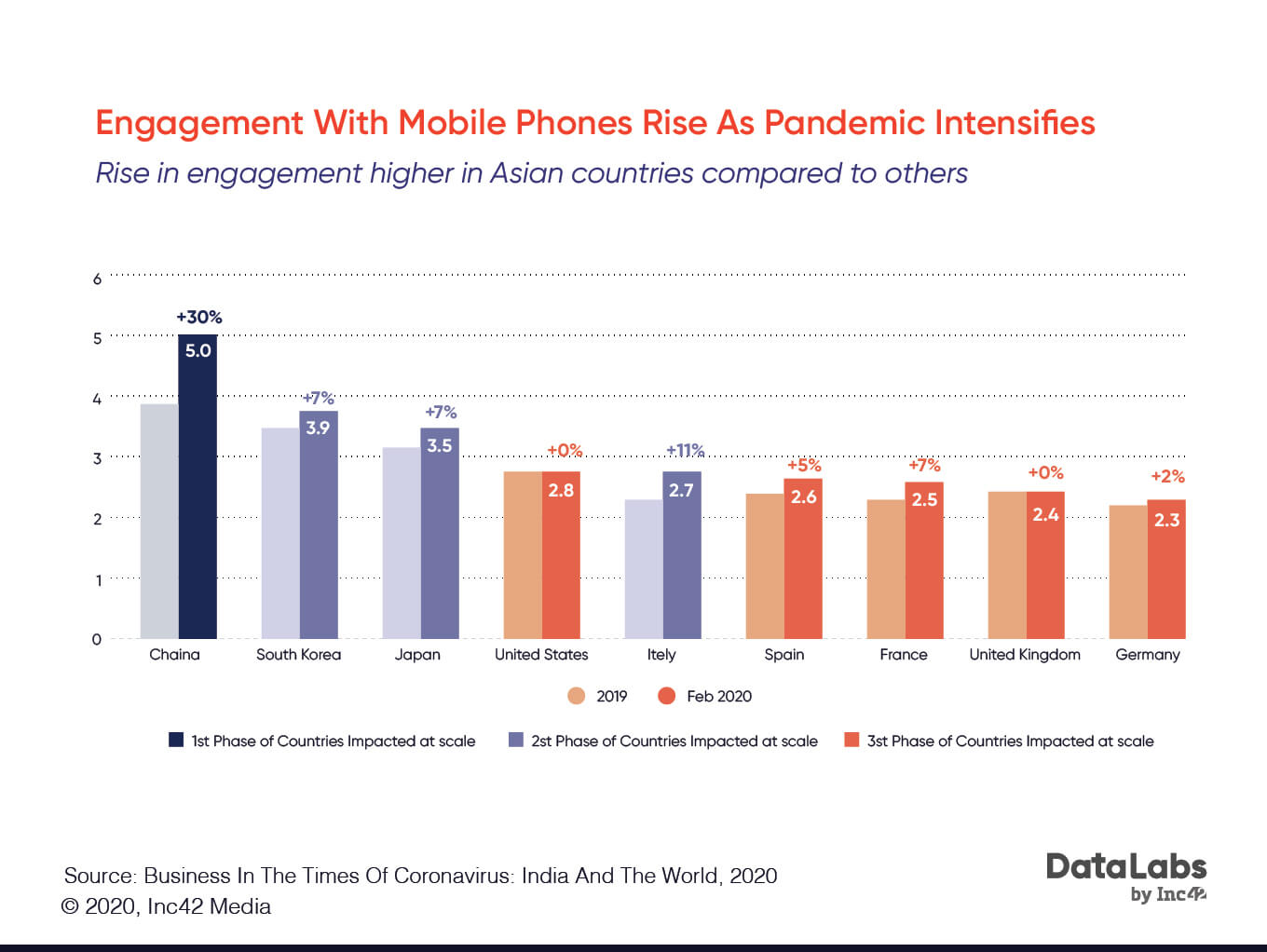 The coronavirus scare may have spelt doom for the majority of the people but social media platforms are having a field day. The usage of social media consumption has grown over the past few weeks as more people want to share and search for information on the pandemic.

The growth has been exponential especially in the applications favoured by Gen Z which are TikTok, YouTube and Instagram. Facebook, for instance, in its blog post has shared that it has seen a major surge in usage particularly in countries that are hit hardest by the virus. Total messaging in these regions has increased by more than 50% over the last month. Voice and video calls on Messenger and WhatsApp have more than doubled.

In Italy, the second country to have been impacted the worst by the pandemic. Facebook saw up to 70% more usage across its apps since the crisis arrived in the country. Instagram and Facebook Live views have doubled in a week. With the pandemic-driven increased usage in mind, Instagram added a “co-watching” feature that lets people view posts on each other’s screens while on a video call.

As of March 15, 2020, we can say that, on a global and aggregated level, there has been no significant change in the number of non-organic installs. However, an entirely different story is unfolding with organic installs. There is an increase in organic install activity starting mid-February, and climbing since then by almost 15%.

A category breakdown shows that change is driven by non-gaming apps. Non-gaming categories experiencing a massive rise in organic installs over the past couple of weeks include

Binge-watching is the new consumer lifestyle today and this time people can actually do it without any guilt. As per a statistics released by JustWatch, an app that helps users find where to watch movies and TV shows among OTT platforms such as Netflix, Amazon Prime, there has been an over 100% increase in traffic to their site since lockdowns were announced in several countries. Spain, which tops the list, saw over 187% increase in users searching for content to watch online while India stood at 60% increase.

Disney’s video streaming service Disney Plus tripled its subscriber base between March 14 to March 16 compared to the week before, according to Forbes. HBO and Showtime also had big increases, while Netflix was modestly up, but given that Netflix is much bigger than the other players, even a modest increase is still noteworthy.

Audio Streaming Apps To The Rescue

In the metropolitan cities of India, as people search for ways to hold themselves occupied and/or seek “companions”, there has been a 42% increase in time spent on listening to OTT (over-the-top) audio streaming apps among the people able to consume these apps, as revealed by Kantar – VTION’s passive OTT Audio Audience Measurement service.

In the period spent listening in the age group of 18-24, there has been over 50% rise, likely indicating that more and more young audiences are tuning into apps as they are home-bound and have no other source of entertainment. However, customers in the 25-34 age group reported consumption growth of 30% perhaps driven by the fact that they are working from home (WFH) and using the OTT or streaming apps as a companion medium as per the report.

Content and entertainment space is experiencing a big boom and will further surge as people spend time home. This rise can be attributed to the dramatic increase in the number of people working from home (collaboration), turning to their mobile phones to pass time (gaming), connect to other people (social media, communication), working out with video tutorials (health & fitness), obtain information (news), and manage their bank accounts and investments and make virtual payments (fintech).