India might be considered a big player in the international startup ecosystem, but the elephant in the room remains the highly skewed role the Big Three Indian cities play in helping India stay perched on its pedestal.

Bengaluru has been the top city in terms of both funding and deals till early 2015 (Q2-Q3 2015). However, Delhi/NCR has since surpassed it to become the startup utopia in 2016. Delhi/NCR had 18% more deals in 2016 as compared to Bengaluru, although, in terms of funding it has only 1%.

Over the two years, Delhi/NCR has dominated funding rounds in terms of deals – covering almost 33% of the total deals in 2014-2016. Bengaluru has raced ahead in funding amount, with 40% of the total funding made to the Indian startup ecosystem coming from Bengaluru.

It is understandable that metros tend to draw in startups because of access to the market, audience acceptance, and talent pools. With these advantages, Bengaluru, Delhi/NCR, & Mumbai have proven to be the troika of economic hubs that have held up the fort for India as the data below showcases. 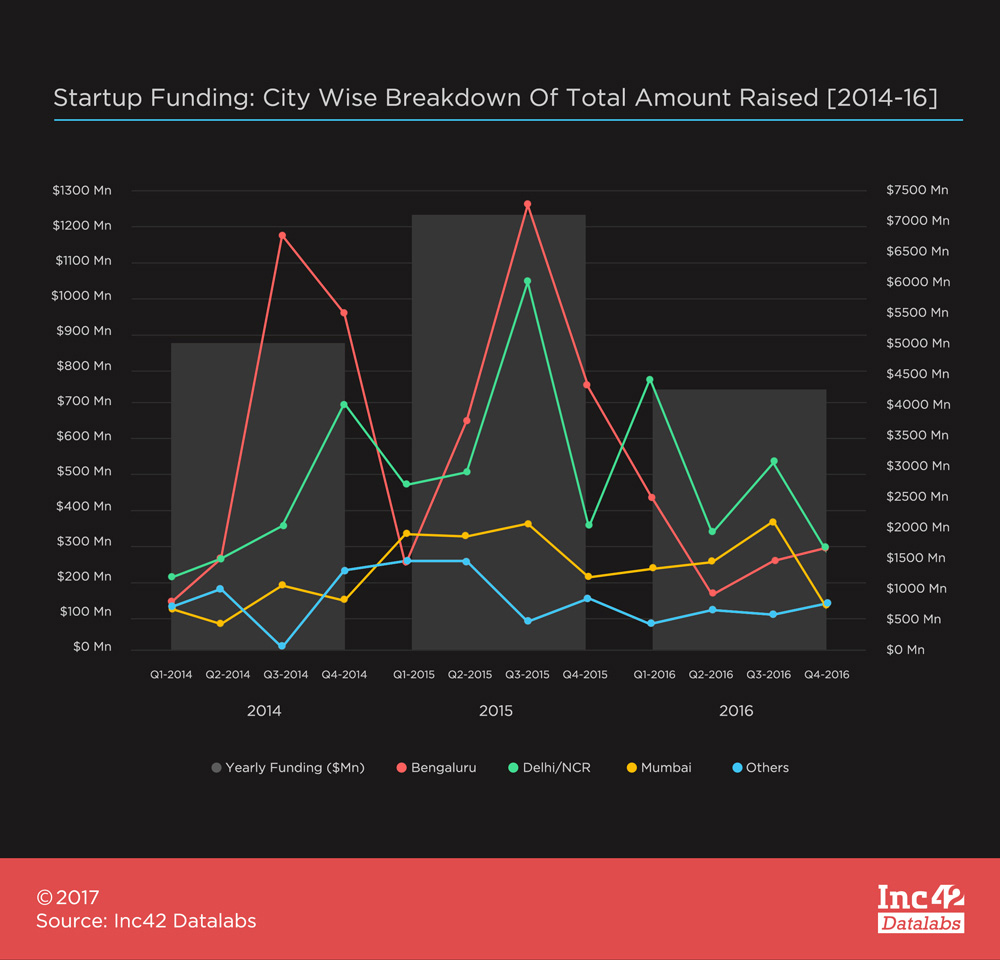 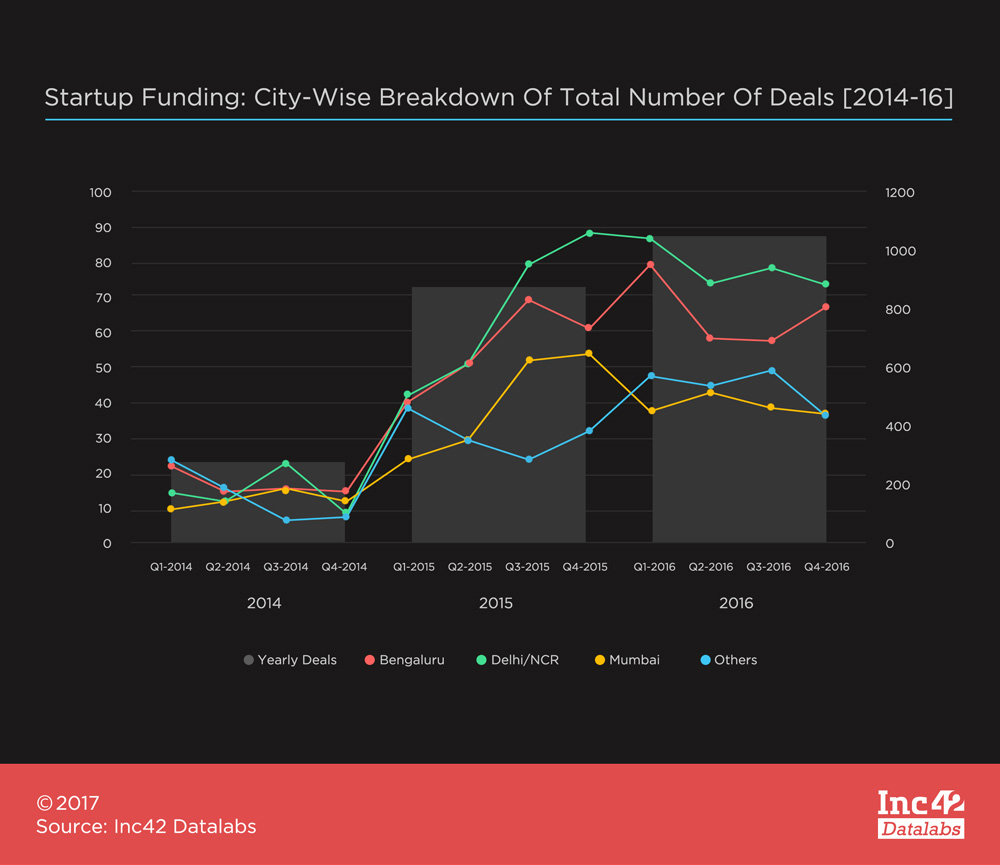 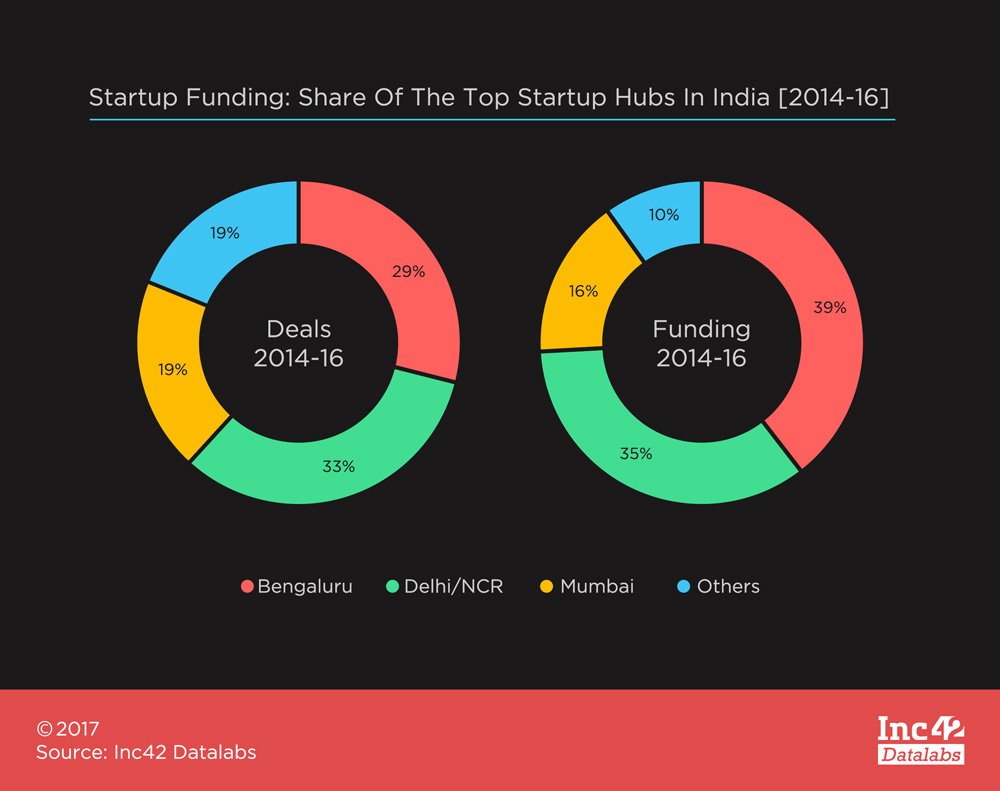