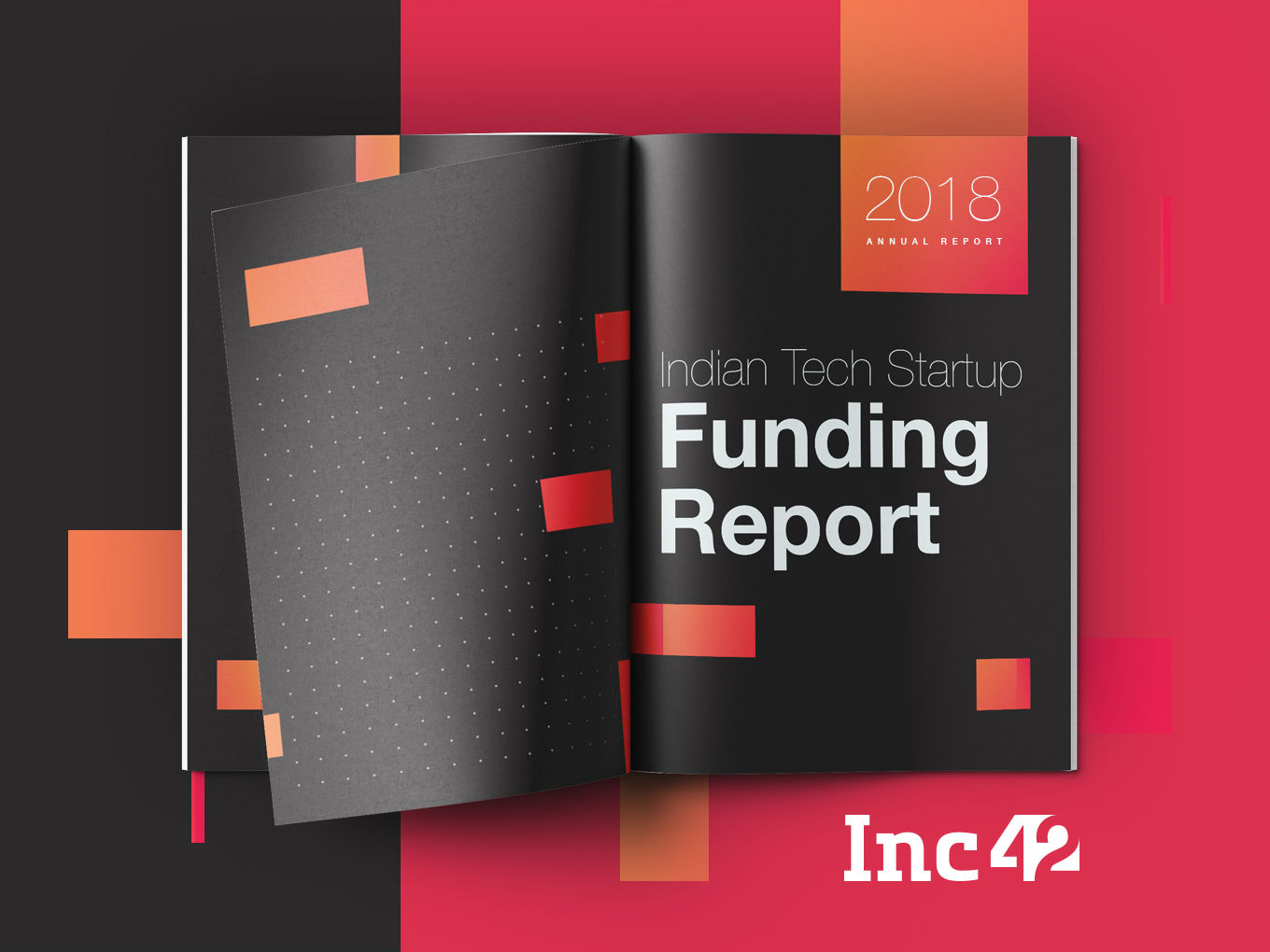 Fintech and ecommerce emerged as the top sectors for startup investments

This article is an extract from Inc42’s ‘Annual Indian Tech Startup Funding Report 2018’ which provides a detailed analysis of the funding trends and Mergers & Acquisitions (M&As) in the Indian startup ecosystem for the period 2014-2018. To read other articles of this report, click here.

We’ve just stepped into a new year and are all excited about what it will bring for the Indian startup ecosystem. But let’s admit it, 2018 was a truly remarkable year in more ways than one for the ecosystem — from meteoric startup growth, high-profile exits, foreign investments to international forays by Indian tech startups.

According to Inc42’s upcoming ‘Indian Tech Startup Funding Report 2018’, Indian tech startups raised $11 Bn in funding across 743 deals with more than 637 Indian startups raising funding in 2018. This was slightly lower than the previous year (2017) when $13 Bn funding was raised across 885 deals.

Despite the fall in funding amount, 2018 was a year of transformation, excitement, and revolution for the Indian startup ecosystem. In just this one year, India produced 11 unicorns and also saw its fastest unicorn — Udaan — which crossed the $1 Bn mark in just 26 months with a whopping $275 Mn funding.

Tagged as ‘fallen sectors’, both grocery and foodtech were on fire in 2018. While Zomato and Swiggy gaining the unicorn status was a highlight for the foodtech industry, the grocery sector had its moment of glory in the growth achieved by Grofers and BigBasket.

Before we delve further, let’s take a quick look at the key highlights from the Tech Startup Funding Report 2018:

In 2018 as well, gaps in seed funding continued to persist like the previous year, but there was an encouraging growth in late-stage funding. While the number of late-stage deals rose by 18%, there was a drop of 21% in the total funding amount. The top funding grossers of the Indian startup ecosystem were OYO, BYJU’S, Paytm Mall, and PineLabs, among others.

Fintech was the top sector in terms of the number of deals, raking in $1.41 Bn across 121 deals. But, a slight decline was observed in funding amount in comparison with 2017. At the same time, continuing with the previous year’s trend, ecommerce witnessed the highest funding — $2.1 Bn — in 2018. However, the amount was approximately 50% lower than in 2017.

Bengaluru scored 247 deals in 2018. It was followed by Delhi-NCR, which notched a total of 224 deals. Other major cities such as Mumbai, Chennai, Hyderabad, and Pune also showed signs of growth.

According to Inc42 DataLabs, since 2014, Indian tech startups have raised over $44 Bn across 3,968 deals. While 2015 was the year of blind fundings and ‘me too’ startups, 2016 saw the funding winter of the Indian startup ecosystem, making entrepreneurs walk on thin ice. The next year, 2017, came as a ray of hope and as the market moved through a phase of correction; the year bid adieu with the maximum funding hitherto in the ecosystem.

‘The Indian Tech Startup Funding Report 2018’ showcases a downward trend in 2018 in terms of funding and M&As. However, in terms of overall sentiment, Indian startups fared well.

In 2019, a plethora of opportunities are awaiting Indian startups in international markets as well, considering the strengthened relations between the Indian government and the other countries such as Israel, Portugal, Japan, and the UK, among others.

Recently, reports also surfaced that in the last year, around 200 Indian startups have set up their base in Estonia. Well, that’s a good start.

Inc42 DataLabs further predicted that in 2019, funding is expected to again soar to 2017 levels, hovering at about $13.5 Bn but through a comparatively lesser number of deals. DataLabs further suggests that the funding gap observed in 2017 and 2018 will continue in 2019, where a handful of startups will attract a major part of the funding.

Liked what you read so far? We have a lot more insights and data in our full report, which covers funding trends across Tier I, Tier II, Tier III cities, 14 industries and sectors, segregated by the funding stage, investor type, and a lot more, for the period between 2014 and 2018.