Zostel To Receive Amount Equivalent Of 7% Stake From OYO If It Wins Case: Delhi HC

Zostel To Receive Amount Equivalent Of 7% Stake From OYO If It Wins Case: Delhi HC 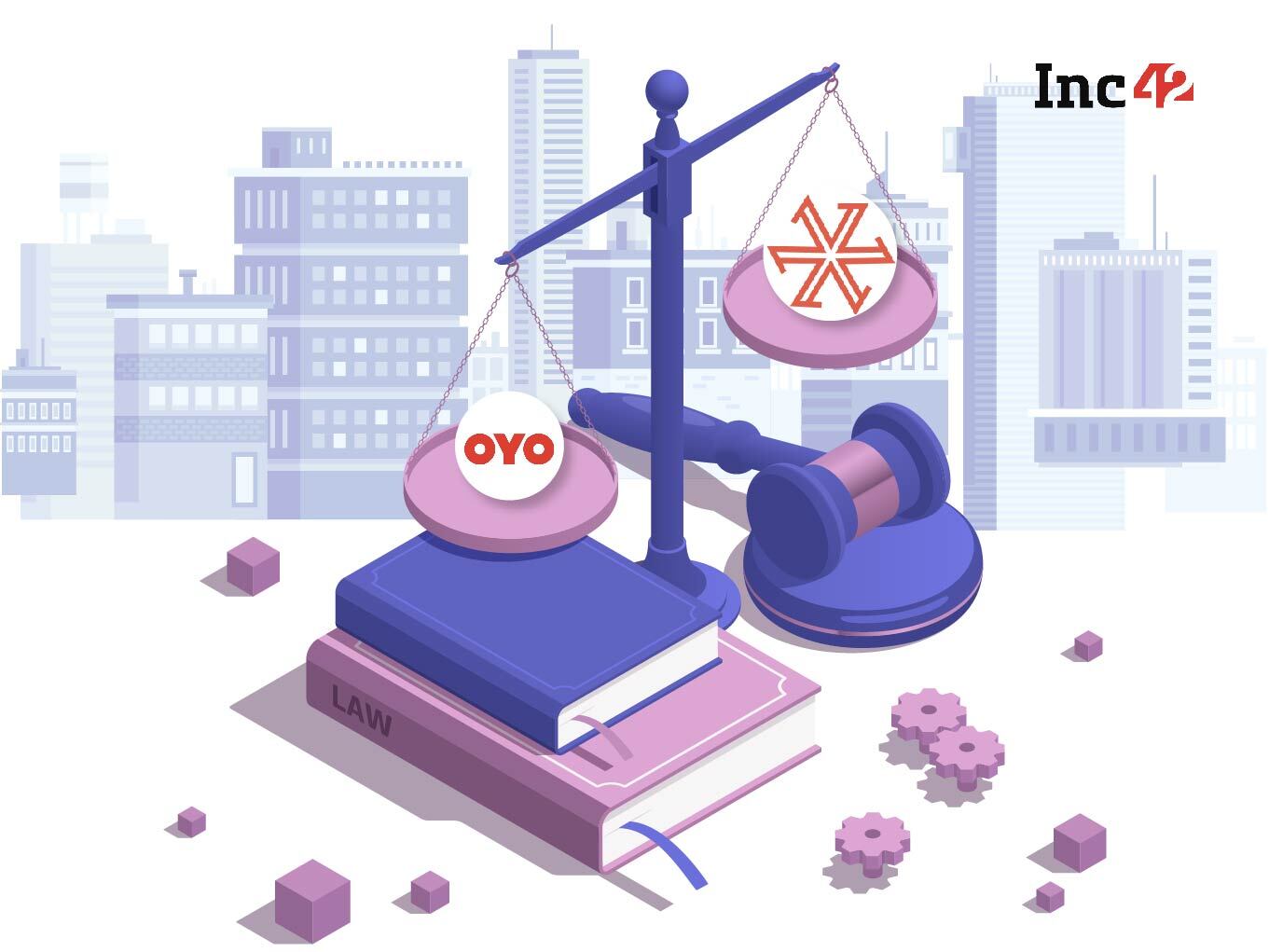 The division bench also disposed of Zostel’s appeal for OYO IPO Stay, after a single-judge bench of the Delhi HC also did the same in February

Zostel had claimed a 7% stake in OYO’s parent company, Oravel Stays, but the Delhi HC has said that Zostel will only receive an equivalent amount, should it win the case

In the latest development in the OYO-Zostel case, a division bench of the Delhi High Court has disposed of an appeal by hospitality startup Zostel seeking a stay on OYO’s IPO.

The division bench also ruled that should Zostel win the case, OYO will pay an amount equivalent to a 7% stake in OYO’s parent company, Oravel Stays.

However, the court order did not clarify how the value of the 7% stake in OYO will be arrived at.

The court order has also directed OYO to inform SEBI about the latest order of the division bench of the Delhi HC. OYO has taken the understanding of the same. On the other hand, the court also ordered Zostel to not notify any statutory authority about the March 14 order.

Notably, Zostel had previously written to SEBI about its dispute with OYO. However, this is the first time that a court has directed OYO to inform SEBI about the dispute, and that OYO had complied with the same.

In February, a single judge hearing Zostel’s appeal to stay OYO’s IPO was disposed of as well, and the division bench of the Delhi High Court has done the same.

The Delhi HC had noted that the 7% equity was never awarded to Zostel and that the firm “has no fruit to protect its 7% but has the right to seek specific performance under the term sheet between the two companies”.

The bench had taken cognisance of the appeals of both OYO and Zostel and had passed a consensual order while disposing of the latter’s appeal of a stay on the former’s IPO.

The consensual order notes that if Zostel wins the case, OYO will have to award up to a 7% stake to it. Notably, Microsoft had invested in OYO in September 2021, valuing the company at $9 Bn.

However, the latest development notes that if Zostel wins the case, it will not receive a stake in OYO’s parent, but rather an equivalent amount.

Now, these two matters will continue to be heard, going forward with a single judge at the Delhi HC. The next hearing is expected later next month.

IPO-bound hospitality unicorn OYO filed its draft red herring prospectus (DRHP) in September 2021 to raise INR 8,430 Cr. As OYO was gearing up for its IPO, it had faced a legal hindrance from its long-term rival, ZO Rooms’ parent entity Zostel Hospitality.

Zostel had approached the Delhi High Court to restrain OYO from modifying its shareholding structure or cap table including by way of an IPO. Zostel sought a 7% stake in OYO, as had been specified during its (failed) acquisition talks in 2016.

The battle between the two had begun in 2015 when the hospitality unicorn had taken Zostel Hospitality to court over alleged theft of its copyright material when the HC had issued a stay order against ZO Rooms then.

The Gurugram-based hospitality unicorn said that both the companies mutually agreed to terminate the non-binding term sheet (NBTS) due to issues including non-completion of the due diligence process and transaction structuring raised by Zostel.

However, Zostel has been resilient that OYO regressed from the deal after acquiring its data of employees, assets, hotel properties under the pretext of accelerating the process of acquisition. In February 2018, Zostel Hospitality filed another petition, claiming a $1 Mn in relief, alongside the 7% stated under the term sheet.

In March 2021, an arbitral tribunal headed by Justice Ahmadi, a former CJI, ruled that Oravel Stays, the parent company of OYO, acted in breach of a binding agreement of acquisition of rival Zostel Hospitality, whereby it had agreed to transfer 7% of the hospitality unicorn’s shareholding to ZO Rooms’ shareholders.

The latest court order, though, has made sure that Zostel will not get a stake in the IPO-bound hospitality unicorn even if it wins the case, effectively closing a long-standing point of argument between the two hospitality startups.

The development comes at a time when the hospitality startup is reported to be going for a smaller IPO offering, as tech startups face headwinds in the market. OYO, however, has denied the same, calling it mere ‘speculation’.

OYO told Inc42 that since they have not received the nod from SEBI on its IPO, there is nothing to be said on the matter of the volume of the share offered in the IPO.