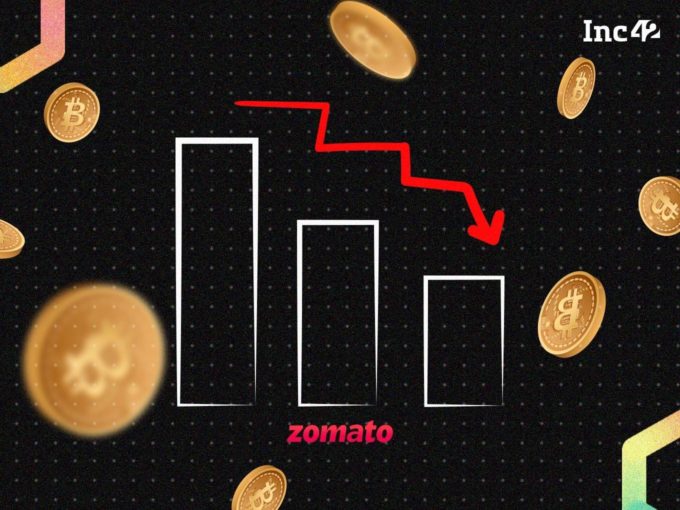 Even as the pace of funding has slowed down in the past few months, the market continues to churn out unicorns in an unprecedented manner.

We have seen a record number of unicorns in the year — the count is now at 26 with the entry of Bengaluru-based gig economy marketplace Apna and Mobile Premier League (MPL) this week. Further, CoinSwitch Kuber is reportedly on the verge of becoming a unicorn too, which would make it the second Indian crypto startup to enter the club.

Speaking of crypto, the first day of The Crypto Summit by Inc42 Plus saw some major announcements, insights and discussions on the hottest fintech sector this year.

Before we dive into that, here are some stories that grabbed our attention in the past week.

The Big Debate In Crypto: How Will Regulations Play Out? 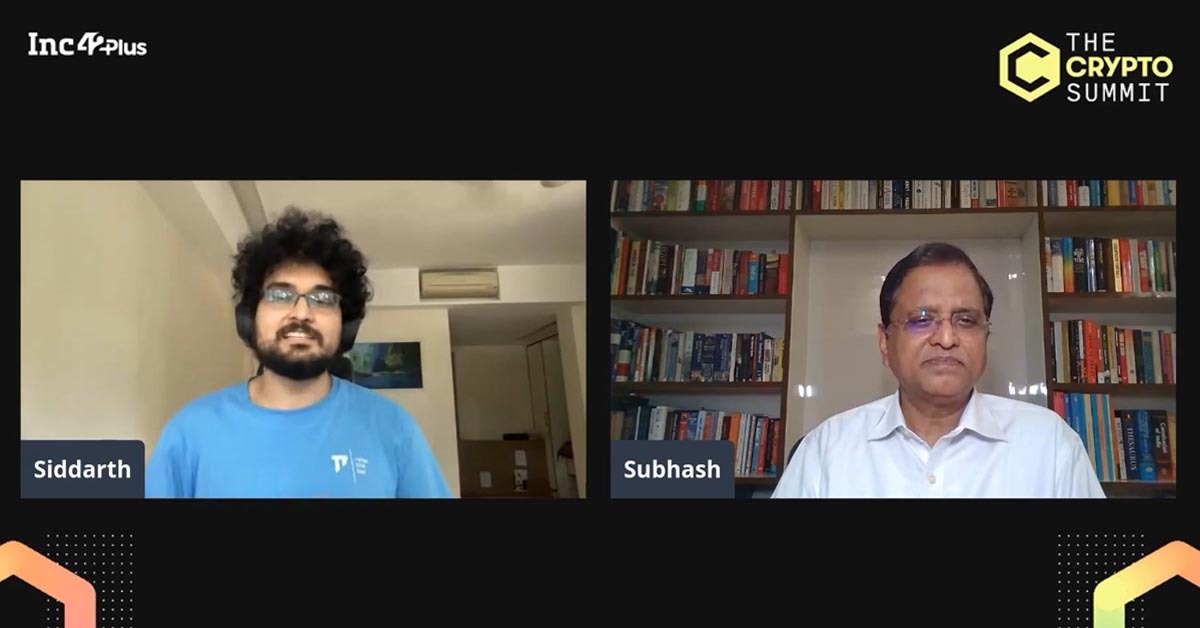 There’s no denying or running away from the crypto boom, but if there’s one thing that alarms crypto investors, startups and VCs, it is the uncertainty around regulations.

At least that much is clear after the first day of The Crypto Summit, which saw former finance ministry secretary Subhash Chandra Garg say, “The way cryptocurrencies have evolved in value, the world may not accept their use as currency. This has led to the evolution of stable coins. Regulated stable coins like CBDC might be the future of crypto as far as, use as a currency goes, while non-fiat currencies like Bitcoin etc will become assets,” Garg told Siddarth Pai, founding partner at 3one4Capital.

He added that currently, there is no clarity on which way the government is leaning, but also said that the various applications of blockchain and crypto might necessitate techno-legal policymaking, where India has seen progress when it comes to financial data or payments.

“While there are concerns around cryptocurrencies, building trust is the most important commodity when it comes to crypto. Trust is the biggest source of value attached to any currency,” Garg emphasised.

The Reserve Bank of India (RBI) is set to launch its first digital currency trial programme by December. As demand grows for regulating cryptocurrencies in India, Garg, emphasised that regulations in crypto can only come after deliberating over all the forms of crypto assets around. “A lot is still to be understood clearly, but in principle, the nature of the crypto asset will determine how the regulations will be shaped,” Garg added.

But while the government may be targeting illicit transactions and money laundering with any potential stringent regulations for crypto assets and currencies, it also needs to understand that blockchain-based technology is not only used for crypto but other real economy products. Besides this, financial data security and user privacy will need to be addressed as well, even in a decentralised future.

Over $549 Mn was raised across 38 deals in the past week as startup funding picked up pace after slowing down towards the end of August. IPO-Bound Pine Labs raised $100 Mn from Invesco Fund, while PharmEasy invested INR 307 Cr in Aknamed in a majority stake acquisition, its second major deal this year after Thyrocare.

Here’s a look at the funding activity for 2021 after last week: 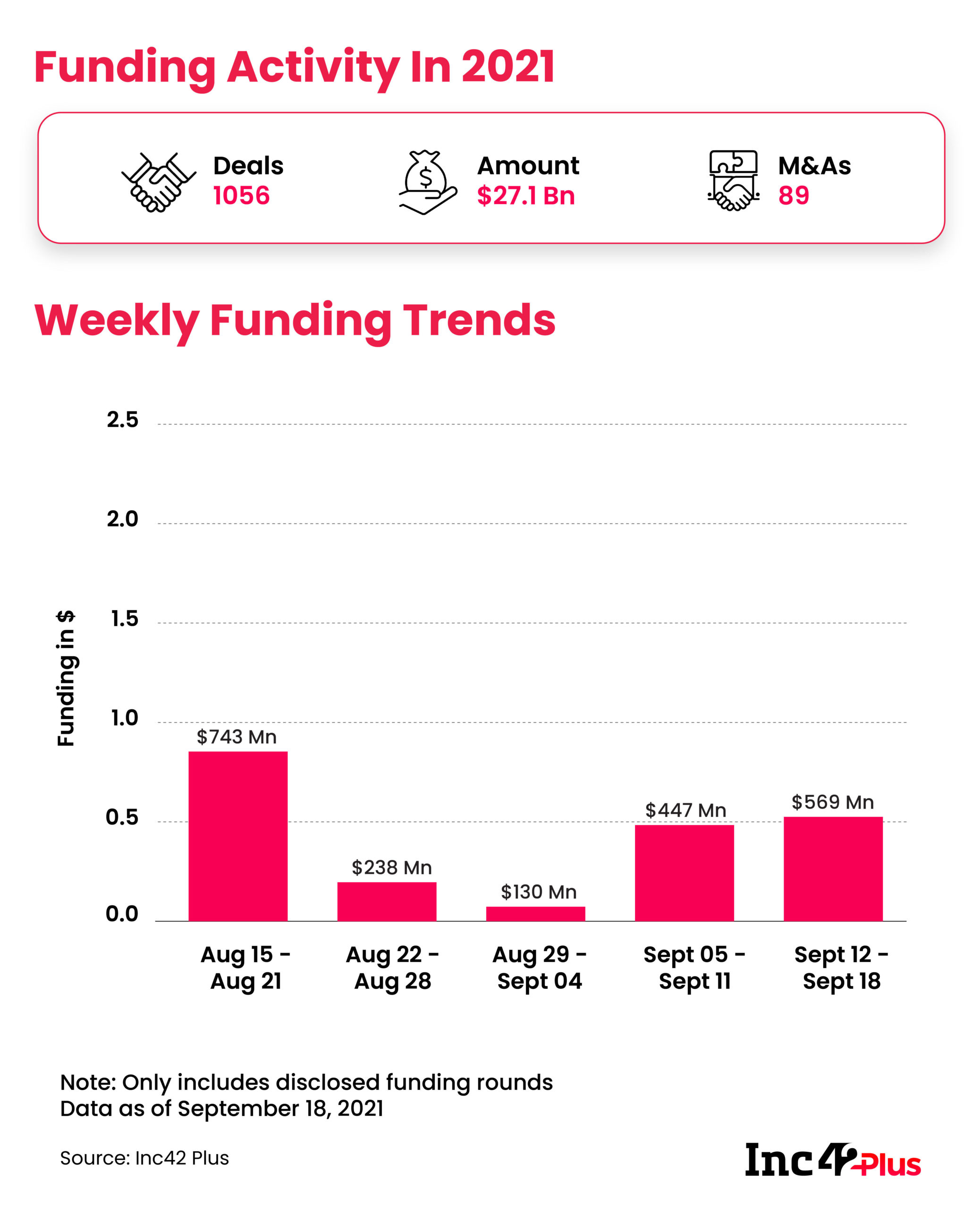 Tech startups continue to make moves to prepare for their public offerings in the near future. While payments giant Pine Labs has hired US-based investment bankers for its IPO where it is targeting a valuation of $6 Bn, IPO-Bound Paytm has expanded its ESOP pool by 2.5 times.

Hospitality unicorn OYO has converted itself into a public company ahead of its IPO, while SaaS unicorn Freshworks is planning to raise $912 Mn through its public offering at a valuation of $9 Bn.

But the week gone by brought contrasting fortunes for the startups that listed publicly this year. EaseMyTrip’s market cap crossed $1 Bn, but Zomato crashed to a new low this week. On the other hand, Nazara saw a big bump after its subsidiary NODWIN Gaming acquired the gaming and adjacent IP business of OML Entertainment for INR 73 Cr. 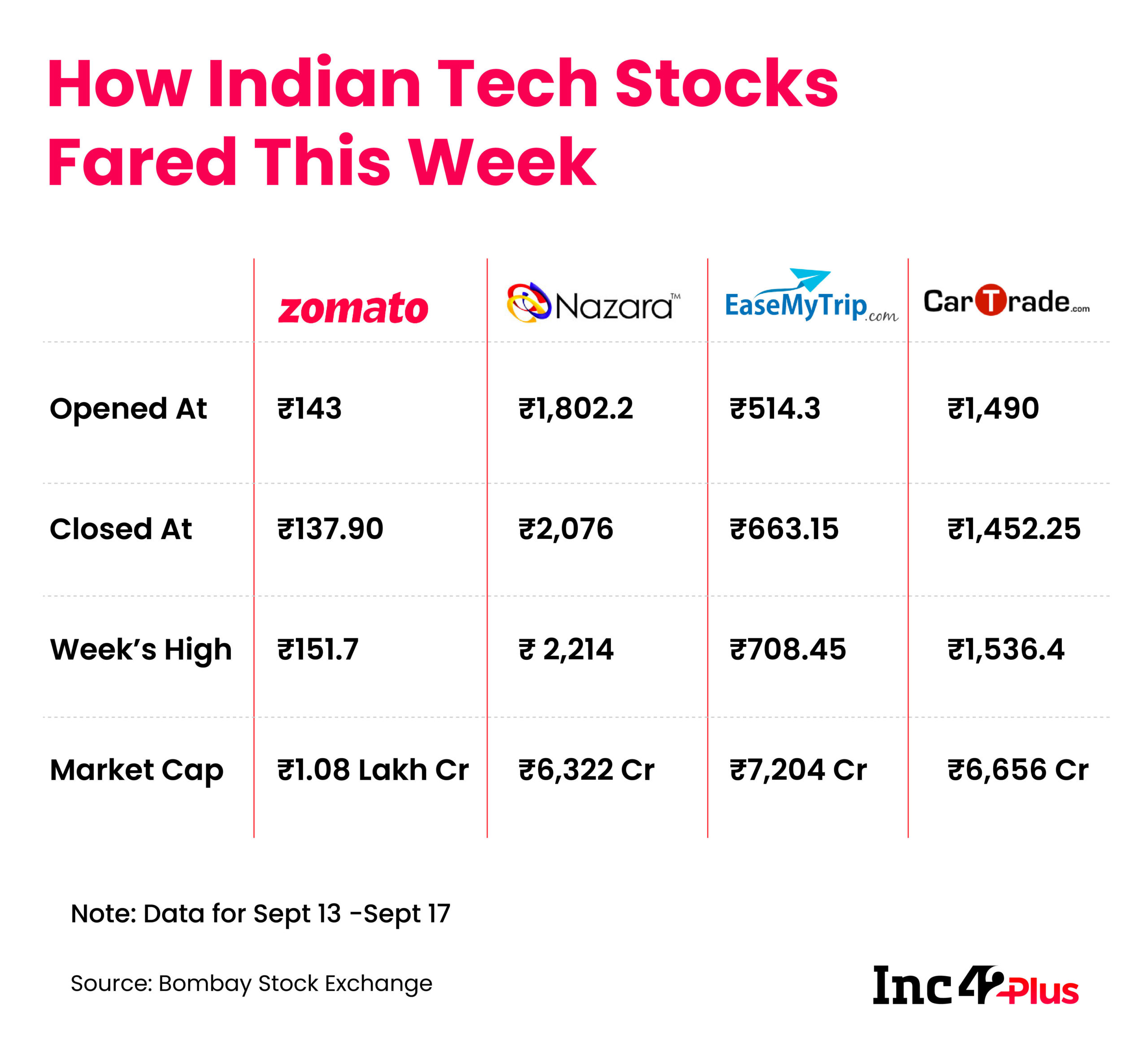 Day one of The Crypto Summit by Inc42 Plus saw founders and key leaders from companies such as CoinSwitch Kuber, Solana as well as investors, policymakers and other stakeholders dive into the hottest topics in the crypto industry.

From how crypto regulations can be shaped to the role of the crypto stack in the Indian fintech industry and how crypto startups can capitalise on the current boom to target a base of 1 Bn users, we saw a range of discussions and debates on it all.

Here’s a look at the latest stories from The Crypto Summit, and you can also follow #TheCryptoSummit on Twitter for the latest updates. 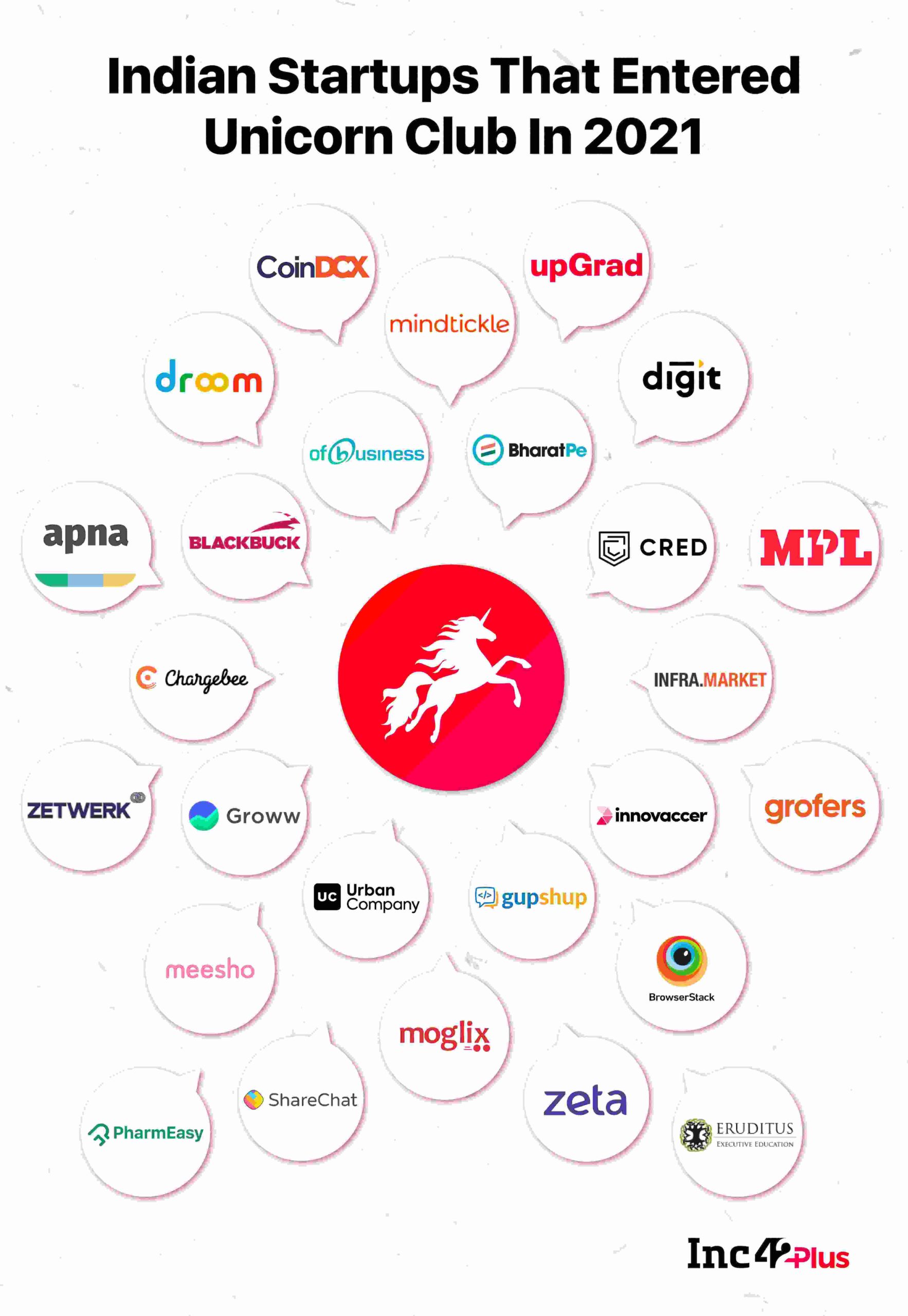 Finally, here’s a look at the stories that are must-reads, in case you missed them.