These Outdoor Ad Creatives Have Been Deployed In Delhi, Mumbai, Bengaluru, and Kolkata, Among Others 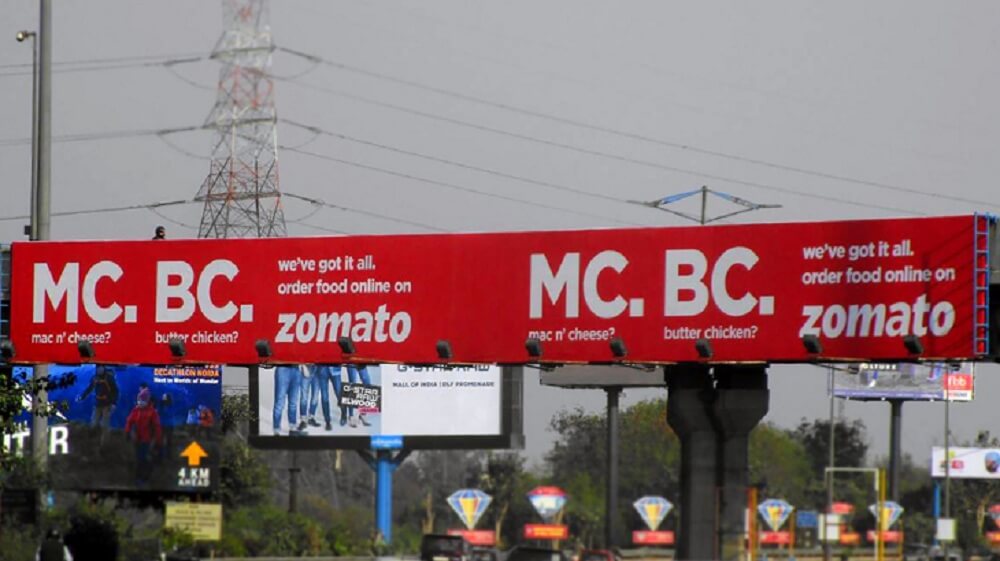 Just before the year end, Zomato has got itself into a public outrage over its new marketing campaign. The food tech startup recently placed an outdoor banner ad, depicting letters (BC., MC.) that are short for expletives in the Hindi language.

While the Zomato version of BC. (Butter Chicken) and MC. (mac’ n cheese) did incite people but in a wrong manner. Some called it a sexist attempt; while others termed it as shameful, cheap and crass. After this outdoor ad creative got viral and suffered heavy troll on social media, Zomato apologised and is now working on putting it off from the streets. The creatives had been deployed in multiple cities, including in Delhi, Mumbai, Bengaluru, and Kolkata, among others.

As stated by Zomato co-founder Pankaj Chaddah, “Hey, while we didn’t mean to, we can see why it can be offensive to people, and we apologize for it.  We will take this ad down with immediate effect.” 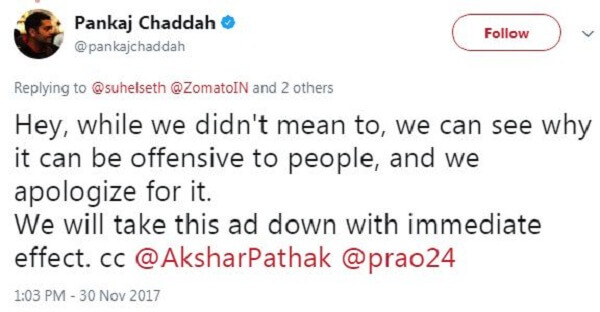 In the aftermath of the outrage, Zomato Creative Director Akshar Pathak tweeted a picture with the following wisecrack: “This billboard doesn’t offend anyone”. In response, Pankaj quipped that he was looking for Akshar’s replacement too along with the ad. 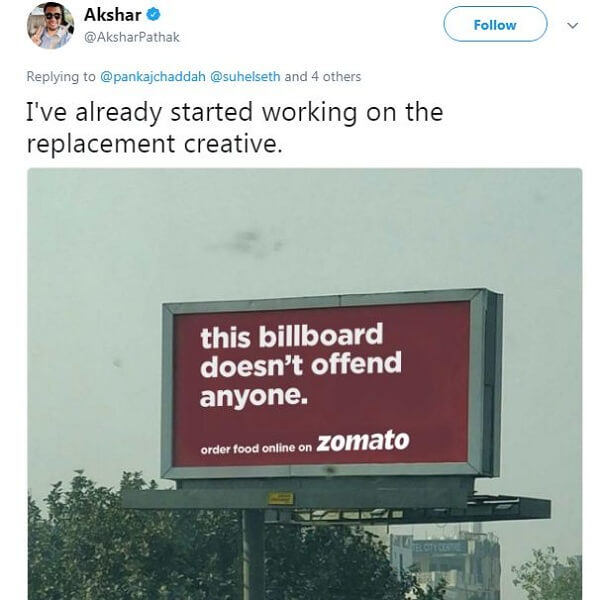 This outdoor ad campaign essentially aims to feature witty puns based on pop culture such as “Acche din are finally here, Bol Baby Bol, Malai Tikka Roll!”, “Mera pizza ghar aaya o Ram ji”, “Oonchi hai building? Lift teri band hai?” and more. But while others get applause for the creativity, the above creative just stretched the line a bit on the wrong side.

Even the advertising and brand experts believed that going ahead with the ‘MC. BC’ advertisement was a bad move and it can further deteriorate the brand image if a quick action is not taken with immediate effect.

As shared by Shubho Sengupta, an independent brand consultant (digital), with Livemint, “While the overall campaign has a signature Zomato humour, the “MC. BC.” creative went into a different territory. It is quite strange for a market leader like Zomato to execute a creative like this which is disrespectful towards women when every other brand is trying to promote women empowerment.”

Since the start of the year 2017, Zomato has been putting in its success flags at all corners, be it profitability or distributing perks to restaurant partners. Be it adopting new strategies such as cloud kitchen or giving a tough competition to its arch rivals, Zomato has won it all. For a while, the company was also in talks to merge its nemesis Swiggy. But, for the time being, Zomato will be remembered as a brand with the titles “MC. BC.” With 2018 soon knocking the doors, how Zomato will pull itself out from this outdoor ad stunt will be worth watching.