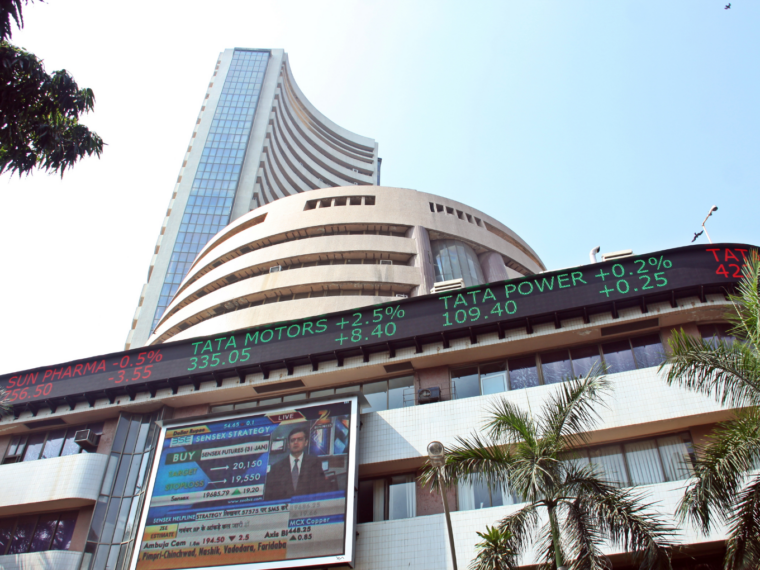 The biggest fall was witnessed in Zomato shares which declined 7.58% on the BSE to INR 52.45 on Tuesday

Nykaa shares also witnessed a selloff on the BSE. The stock fell nearly 6% to settle at INR 1358.70

Amid an intensifying market correction, shares of new-age tech startups continue to decline. Zomato, Nykaa and PB Fintech continued to be in a bear grip on Tuesday (May 10), falling in the range of 2-7%.

The biggest fall was witnessed in Zomato shares which declined by 7.58% to INR 52.45 on the Bombay Stock Exchange (BSE) on Tuesday. The stock fell to a record low of INR 51.30 during the course of intraday trading. Shares of Zomato have been under pressure for the last few days, and have tanked over 24% in the last five trading sessions.

From an all-time high of INR 169.10 that the foodtech giant touched on November 16 last year, the stocks have crashed by more than 68%. With this, the foodtech player has wiped off more than half of investor wealth in the nine months since its debut on stock exchanges.

On similar lines, ecommerce platform Nykaa’s shares also witnessed a selloff on the BSE. The stock fell 5.82% on Tuesday to settle at INR 1358.70. In the last five trading sessions, the shares have declined by more than 21%. The past one month saw Nykaa’s shares dropping by more than 27%.

Fintech player PB Fintech, which owns PolicyBazaar, also tanked 2.34% to INR 571.15 on Tuesday. The shares fell to an all-time low of INR 550 intraday. From a record high of INR 1,470 in November last year, the downfall has wiped off nearly 61% of investor wealth in the last six months.

Meanwhile, shares of One97 Communications, the parent company of digital payments startup Paytm, fell 1.83% to close at INR 571.15 apiece.

The decline in the new-age stocks and the broader market is due to the Reserve Bank of India’s (RBI’s) surprise announcement on May 4 to hike the repo rate by 40 basis points. It also increased the cash reserve ratio by 50 basis points to 4.5%.  The geopolitical tensions due to the ongoing Russia-Ukraine war and the tightening of monetary policies by the central banks across the world, including the US Federal Reserve, has also led to the steep decline.