Zomato Board May Approve Blinkit’s Acquisition On June 24; Valuation Likely To Reach $600 Mn 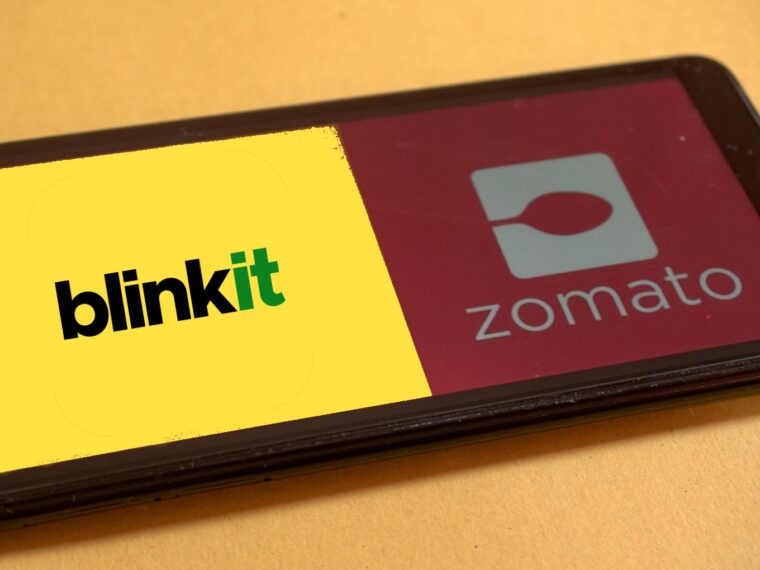 If Blinkit’s shares are swapped at a 10:1 ratio against Zomato, Blinkit will be valued at around $600 Mn

While the regulatory filing by Zomato has not explicitly pointed towards Blinkit’s acquisition, the move has been pending for the past two months

Foodtech giant Zomato’s board will be meeting on June 24, to discuss a potential acquisition transaction by the company, it told the Bombay Stock Exchange in a regulatory filing. According to reports, the discussion is likely to be about providing assent to Zomato’s acquisition of quick commerce startup Blinkit (formerly Grofers).

“Pursuant to Regulation 29 of Listing Regulations, as amended, this is to inform you that a meeting of the board of directors of Zomato Limited is scheduled to be held on Friday, June 24, 2022, to discuss a potential acquisition transaction by the company, the consideration for which may be discharged through the issuance of equity shares of the company by way of a preferential issue,” the company said in the filing reviewed by Inc42.

According to an ET report, Blinkit’s shareholders may receive <10% ownership in Zomato (One Zomato share for 10 of Blinkit’s), with SoftBank Vision Fund getting nearly 4% in Zomato. If that is to be believed, then Blinkit will likely be valued at around $600 Mn, since Zomato’s market cap (as of June 2022) is roughly around $6.6 Bn.

Despite being listed on the bourses, Zomato will not need the Competition Commission of India’s nod for Blinkit’s acquisition, as it intends to invoke the de minimis exemption that applies to companies with either asset under INR 350 Cr or total turnover under INR 1,000 Cr.

In March 2022, Blinkit, which was initially valued at over $1 Bn, also raised a loan of $150 Mn from Zomato and $100 Mn in equity. Blinkit (formerly Grofers) first bagged a $100 Mn investment from Zomato in August 2021. Reports suggest that the quick commerce startup splurged INR 600 Cr between November 2021 and February 2022 on expanding its business.

But the competition surged, with the likes of Zepto, Dunzo, BigBasket, Swiggy’s Instamart, Ola Dash and even Zomato itself entering the $700 Mn market. Amid intense competition, Blinkit’s deep discounting tactics seem to have backfired and it has received heavy criticism over the ‘delivery in the blink of an eye’ model.

The startup has most recently resorted to cut costing measures and cutting corners to reduce its cash burn.