How Zomato Hit 1 Million Orders In A Month

How Zomato Hit 1 Million Orders In A Month Team Zomato is headed for the Seventh Sky. Why, you ask? Well, in July 2016 they were included in a global list of breakthrough brands, which examines emerging companies that are brand-led-organisations having both unique business models and strong brands.

As per a recent blogpost by Mukund Kulashekaran, (VP Global Growth / Business Head – Online Ordering) the team hit their millionth order in a single month.

Before the start of July, the team seemed confident of having a job well done. They aimed and expected to grow the online food ordering business to a million orders a month in July.

Laden with this expectation the team came up with a plan – a day-by-day prediction of order volumes for the entire month. The projection chart was circulated within the team for the first time on July 3. This is what that chart looked like:

A few days later, the team was surprised to see that things were going according to plan:

Talking about the development, Mukund said, “I’ll be honest – such things don’t really happen too often at Zomato. We are usually over-ambitious, and often fall short of our own expectations. This time, us meeting our expectations was a result of two things – 1) setting realistic expectations (even though the expectation would need us to stretch ourselves), and 2) the team doing a great job and smashing out results one day after the other.”

Apart from timely planning, the calendar was on Zomato’s side as July had five weekends!

Finally, at 8:23 pm on the July 31, Zomato hit the million-order mark for July – and ended up racking another 20,000 orders before the night ended. This is what the chart looked like at the end of the night: 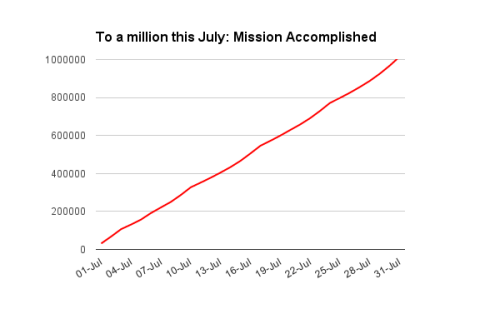 The average order value (AOV) of orders is at ~INR 480, and Zomato’s unit economics have improved by 10% since the last time it wrote about it. It now makes INR 23 per order as contribution margin compared to INR 21, two months ago. Customer retention has also improved sharply. 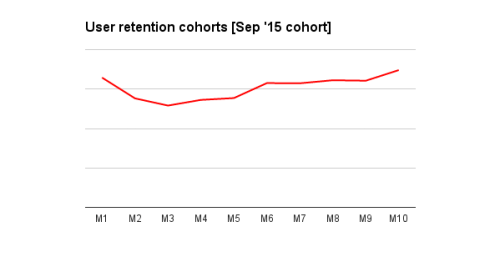 Mukund signed off by saying, “But this is just the start, and we’re going to power on keeping in mind – what got us here, will not take us there.” 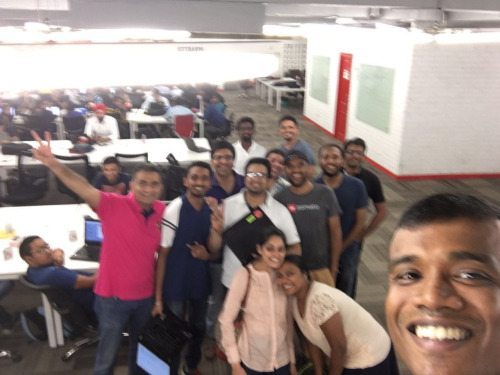