Along with Zia Voice, Zoho has also introduced Catalyst – a set of capabilities that allow larger and complex businesses to build their own mobile and web apps and additions to Zoho CRM, on existing Zoho infrastructure, to serve their own businesses uniquely.

In addition, new features in Zoho CRM like translations and portals add to deepening their enterprise focus. 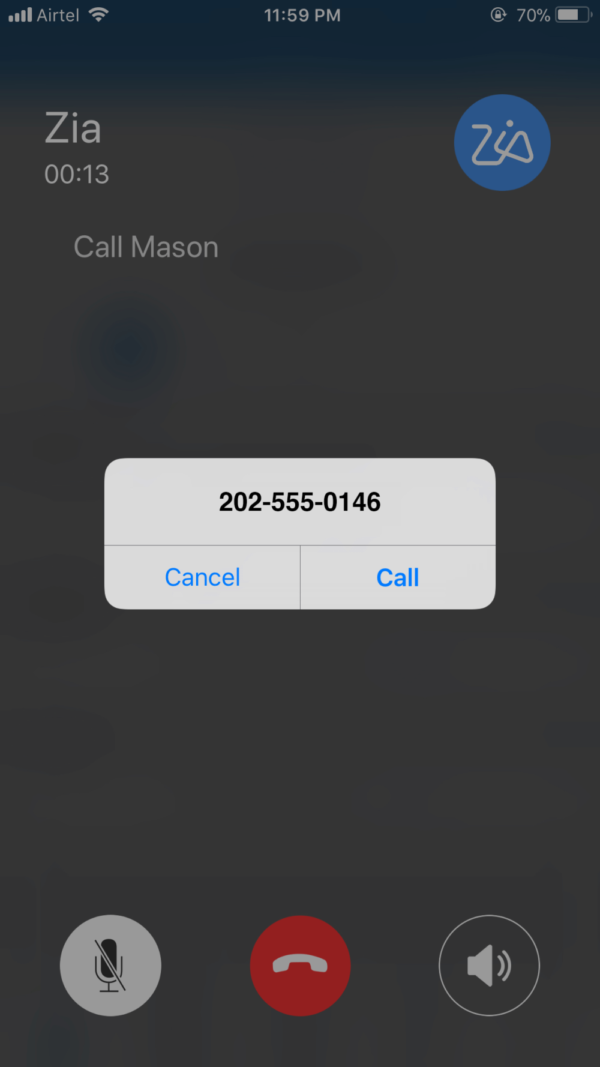 A Quick Look At The Features Of Conversational AI, Zia Voice 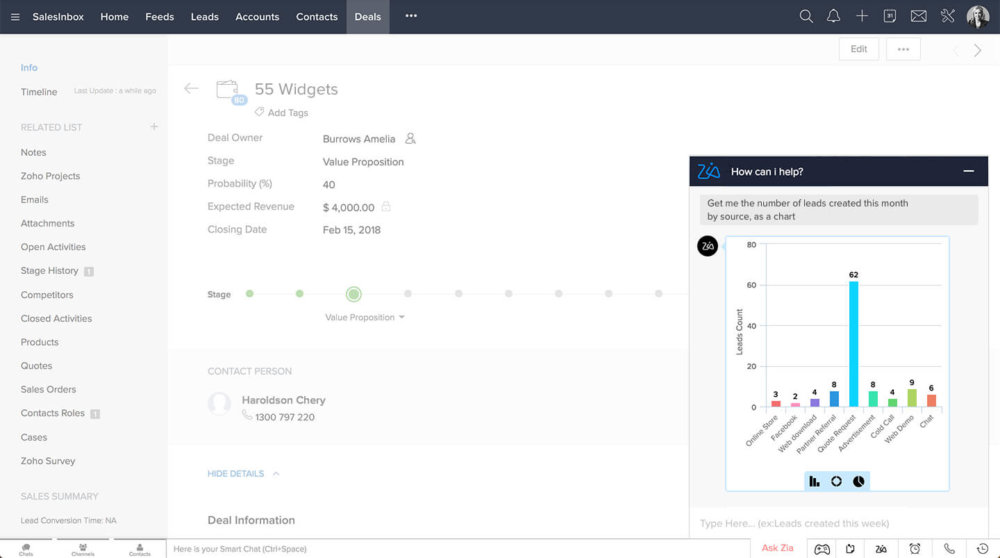 Lead and deal prediction: Zia analyses interaction patterns and the progress of a lead or deal in the pipeline, and suggests the probability of its closure.

Email sentiment analysis: Zia makes sense out of the scores of emails that a salesperson might receive every day. Every email is analysed to discover the relevant positive or negative sentiment. 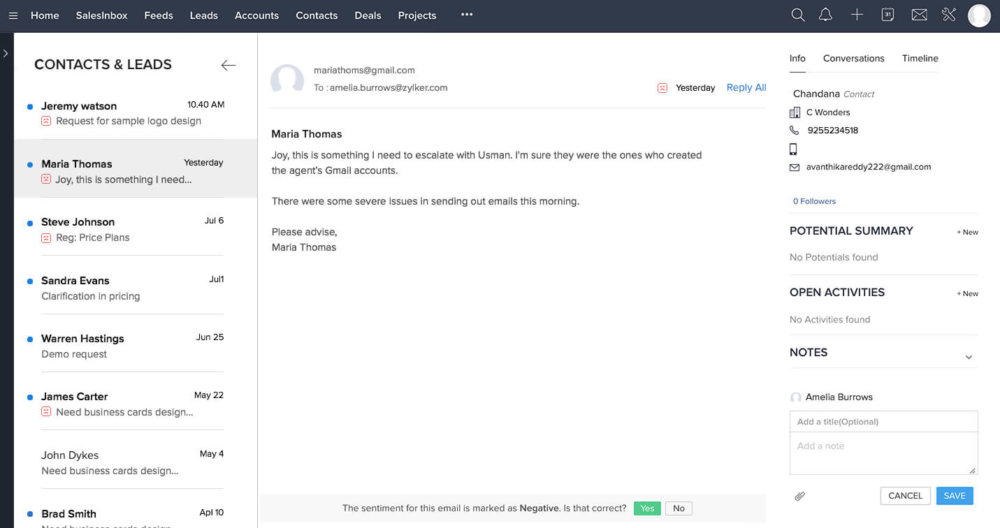 Alerts for the best time to contact: Zia gives salespeople real-time updates about when they are most likely to reach their prospects. This increases their chance of connecting with leads and reduces the time spent on unanswered calls.

451 Research’s recent research shows that 45% of the surveyed digital leaders are looking forward to using voice interface in the next 24 months.

Catalyst, the other product that Zoho launched, works on Deluge, Zoho’s own programming language. There are 40,000 Deluge developers, of which around 10% are from India, who use it to create applications on Zoho’s platform.

Vembu said, “As Zoho’s ecosystem expands further with Catalyst, there will be an increase in demand for Deluge developers, creating job opportunities. Our goal is to have 1,00,000 developers in India on Zoho’s platform over the next three years.”

Zoho has been developing apps in nearly every major business category including sales, marketing, customer support, finance, human resources and an array of productivity and collaboration tools.

In 2017, Zoho introduced Zoho One, an integrated suite of applications for the entire business. It also brought out Zoho Social to tap the digital agencies.

With the addition of PageSense and Zoho Flow, a total of 40 applications now form part of the suite, which has expanded from 35 applications offered during its launch in July 2017.

In November 2017, the Saas behemoth had also launched a special edition of its social media marketing tool Zoho Social, targeted at digital agencies, thus adding to its ever-expanding suite of products used by more than 30 Mn users around the world. The launch was preceded by the launch of its agile project management software Zoho Sprints. Prior to that, it launched enterprise messaging service Cliq.

With the latest addition of Zia Voice to its product portfolio, the SaaS company looks determined to forge its way to target a billion paying users in the near future.