It has over 12 Mn subscribers across multiple YouTube channels and boasts of 400,000 paid subscribers on its mobile application

The startup plans on using the freshly raised capital to expand the product offerings across more exam segments and languages. 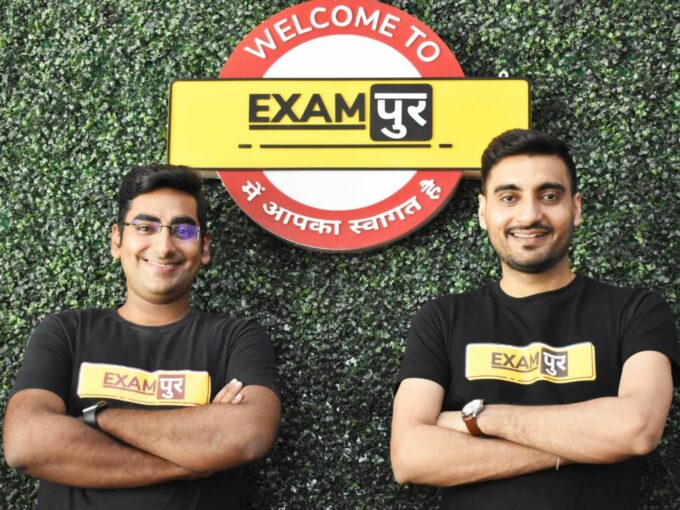 Mass edtech platform Exampur has raised an undisclosed amount during its Pre Series A funding round raised from a consortium of Singapore-based angel investors including current and former executives of Coca Cola, Vivendi, Citibank, Qualcomm and Interpublic group.

Founded in 2018 by Vivek Kumar and Vardhan Gandhi, the startup has a vernacular-language YouTube channel that contains educational videos that help government job aspirants prepare for everything from the UPSC to entry-level government jobs.

According to the startup, it has over 12 Mn subscribers across multiple YouTube channels with an average viewership of 2.5 Mn students. It also claims to have more 40 Mn average monthly views on YouTube and more than 400,000 paid subscribers on its mobile app.

Exampur also has offline centres in Delhi, Agra, Lucknow, Kanpur, Prayagraj, Meerut and Patna. According to co-founder Varun Gandhi, the freshly raised capital will be used to expand the services portfolio across exam segments and languages.

“Public sector employs 20 million in India and that’s the vast majority of quality jobs when you look at the real span of India. I come from a small village and it is my dream to make it easy for those hundred million aspirants who are seeking to do better in life by getting through competitive exams. Technology has got to be the ladder for those dreamers in India’s four thousand towns and six hundred thousand villages,” said the founder Vivek Kumar, who hails from the district of Bulandshahar in Uttar Pradesh.

Every year, large number of Indians apply for government jobs.

With such heavy competition between qualified candidates for a small number of open positions, each candidate is looking for any edge they can gain over other candidates. Thereby presenting a huge opportunity for the startups like Exampur.

Other startups in this space include Oliveboard which offers online practice and preparation course materials for government competitive and banking exams and Testbook which helps students crack government and public sector exams.

According to an Inc42 Plus Report, edtech startups received 8.5% of the startup funding in Q3 2021 across 44 funding deals. India has five edtech unicorns and four of them entered the unicorn club in the last 18 months. This number includes edtech decacorn BYJU’s, which recently raised $1.2 bn in funding during a term loan B funding round.

As part of its continuing acquisition spree, edtech unicorn Unacademy acquired Swiflearn, an online live tuition platform, earlier this month. Upgrad entered the unicorn club in August with a $185 Mn fundraise. Around the same time, Eruditus also became a unicorn at a valuation of $3.2 Bn.

As BYJU’s and Unacademy are competing to build an edtech super-app, Vedantu, another edtech unicorn, is focusing on the potential of the K-12 education market in India.