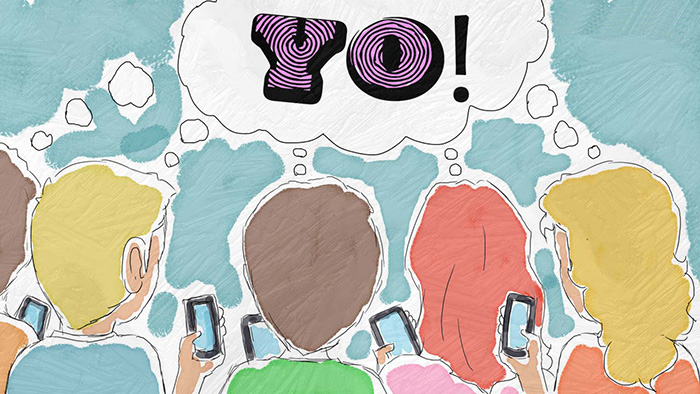 My Yo rendezvous started when my son Rohan sent me a link of a Techcrunch article with this comment: “Why am I working so hard to build my app when something as simple and as dumbass as Yo can raise a $1.5 Mn from investors?”

This article is about Yo, a simple app that just sends a “yo” to friends. It has been called the dumbest app in the world. It’s so simple and dumb that iphone app store rejected it when it first applied to it.  Eventually, Yo has managed to close $1.5 Mn in seed funding with a $10 Mn valuation from investors that include Betaworks, Mashable’s Pete Cashmore, and the founders of China’s Tencent, among others.

Busy as I was with the launch of #GSFGlobal in mid June, I read the note, rationalized it as a quirk of a few maverick Silicon Valley investors and moved on. However when I reached SF, I started to think a lot more “Yo” and why it mattered as I immersed myself deeply into understanding the profound and dynamic shifts taking place in the mobile app economy.

The first Yo debate: It was in Waterloo that I finally downloaded the Yo app on my iPhone. I shared it with the #GSFGlobal founders with whom I shared dorm rooms in the University of Waterloo… finally over dinner, I got 4/5 of them to download the app and asked them to start sending random Yos to me and to each other. As a founder of a technology accelerator, my motivation in pushing Yo down their throat really was to make them think of their MVPs in extreme, given that “Yo” is so symbolic of extreme unbundling. Over the next 2 weeks, I tried my bit to convert the 20 #GSFGlobal founders to one-bit communication magic of Yo, but succeeded only moderately. Here were the top 5 reasons for resisting Yo: 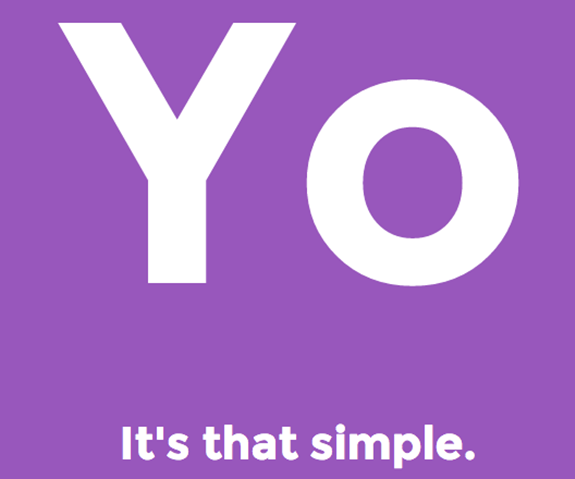 3) I thought about it, but can’t think of any useful use case.

5) None of my friends are using it as yet.

The second Yo debate happened with Ailish Campbell at #GSFGlobal Toronto DemoPlus day and it was centered around the notion that highly evolved societies can communicate without a language… she referred to the efficient language (with a few words) of the Canadian Inuit people in Canada. The reason for this evolution, she reasoned, was their need to conserve energy in extreme cold as every word spoken means loss of energy.

And I suggested that ancient Indian sages could communicate their thoughts without any words as they were always the ones with the nature. Nature provided the context and the meaning.

The third Yo debate happened with a colleague of mine in NY who is working on an idea exactly opposite to the core thought behind Yo…a notion of re-bundling to create a new social experience. I argued with him that the western world is at a stage of simplification and unbundling, and I shared a blog as a supporting argument.

As plausible as I tried to sound, he wasn’t convinced. Armed with Founders stubbornness, he researched over the next few days and came back with a article.

In this article, Ben Evans agrees, “Finally, of course, driven by all these dynamics (single purpose apps’ inherent advantage on smartphone interface, especially social apps that can access address book and photo library) all smartphones apps by their nature unbundle services from the web browser itself, 20 years after Netscape launched.” However, he gives examples of Chinese apps like WeChat and Baidu Maps that are thriving exactly in other direction-bundling multiple services on one app.

The fourth Yo debate was with my wife: She just doesn’t approve of my fascination with Yo… and I suspect it’s coming from the repeated “yup” replies that she gets from our son Rohan (who is studying in the US) on Whatsapp to her chat conversations. She feels that apps like Yo are dumbing down people and forcing people to behave mechanically. She feels Yo is restricting the scope of communication especially when we can express a range of complex emotions and thoughts through language. Even as taciturn as Eskimos are, they have 36 different words to describe different varieties of snow. Even in the context of one’s family, members should communicate and bond with meaningful longer conversations, and not get used to one-bit communication (that Yo symbolizes) as an excuse to recluse oneself from family chatter and engagements.

The fifth and the biggest Yo debate has been happening with myself: I intuitively know that there is something fundamental at play behind Yo. Even if I discount the marketing genius of Silicon Valley investors and public display of conviction by Andreesen and the likely possibility that Yo will fade away from public memory, I know that unbundling is an extremely powerful force. “Yo” or “no Yo,” this force will unleash many new innovations and applications/platforms that will change the way we interact with each other and consumer media. And I feel it’s not just Smartphone interface that drives this move to simplicity and unbundling, it’s the coming wearable tech revolution that will accentuate this mega trend. And that’s why this article resonates.

This week, Yo has added ‘Yo Index’ which is directory of service event notifications. They are adding ‘Trends’, which is being unbundled out of Twitter. The Yo story has begun to evolve…So tell me:

Are you with Yo or outside of Yo?