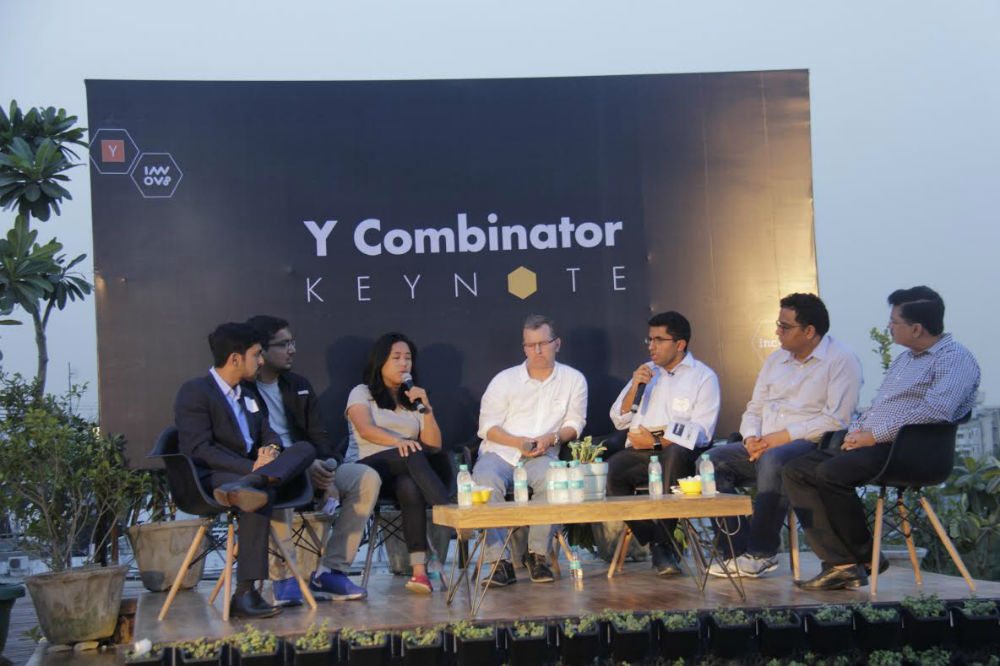 YCombinator Partners Tim Brady and Adora Cheung concluded the much-awaited YC hours at Innov8, New Delhi on September 22, 2016. And they were left impressed by the energy and enthusiasm of the selected startups. So much so, that when Tim was asked about India’s potential as a startup nation, he replied,

We know India has potential – we don’t think it. We are going global. We love startups, the power of startups to do good in the world is immense and we are always talking about ways to scale that. We coming to India, (sic) and all other partners going to other parts of the world is a step in that direction.

It is generally believed that getting into Harvard is easier than getting into YC! So at the keynote session when Tim and Adora were questioned about what they look for in startups when selecting for YC, their answers were unanimous – great teams, gritty founders.

Adora said, “It starts with the team, the founders. You look for people who have the grit and determination that building a startup requires. We look for a team that’s cohesive and has ideally worked together for some time, though not necessarily.”

She further added that team matters the most because ideas come and go but if you don’t have a team that can execute, then there is no startup and it could die. Ideas matter less as ideas can pivot too. So if a team executes well, that is a recipe for success.

Tim reiterated the same point. He said, “We bet on teams more than the idea. By definition, a great team will have, at the very least, a good idea. And so it’s really the teams we are looking for because we know any company that applies with whatever idea they have is not a 100% perfect.

So it’s the team that’s going to need to react to the market and kind of adjust that vision and that idea over the course of time, and that’s for every startup and that’s why we bet on the teams.”

India And The YC Connection

YC’s association with Indian startups started with HackerRank in 2011 and has grown over the years with ClearTax, Razorpay, Innov8, Kisan Network, JustRide, and Meesho, among others. On the growing interest in India from international investors and accelerators, Tim stated that India is a giant market.

He said, “With 1.3 Bn people living here, a growing economy, a growing middle class, there’s a tonne of opportunity and on top of that, there’s a huge pool of engineering talent. So these things together make it an exciting place.”

Adora also listed the abundance of technical talent and business opportunity as factors that attracted investors to India, especially those from the Silicon Valley. She said,

The business opportunity and the drive here is very, very high. And so people always want to be first. And there’s always this fear of missing out which is good for the ecosystem, which is what you are seeing now.

But given the fact that India already has a large number of accelerators, do international accelerators like YC still have a chance to pick up good startups and do a better job? Both Tim and Adora agree yes. As per the duo, the advice that YC gives is general advice and how to build a great company. It does not specifically require for YC to have enough market knowledge and specifics. Because those things it expects the teams to have. So what YC and other platforms like YC can bring to the market is how to run a startup because that’s generalisable to everyone.

So when questioned if YC will increase the number of startups it picks up from India, the duo stated that it would all depend on the kind of teams that apply. Added Tim, “We invest in teams. So if good teams apply, we will accept them. There are a lot of good startups that we met today. So I am excited about reading their applications in the coming weeks.” Adora reiterated the same. She added that the increasing number of applications from India over the years was a reason that has brought them here. So hopefully, the number will go up in the coming years.

However, YC will remain sector-agnostic as far as India is concerned. Tim stated that “We are here to learn. We know nothing about the market.”

Adora also seconded the sentiment. She added that YC invests in just about everything but if she had to point out, she thought there was a lot going on in the consumer sector, in B2B, and a lot of people are also working on development tools or tools for developers. However, she concluded that “we want to see everything.”

While Indian startups focus more on raising funding, they do not put as much thought in building a global brand. When questioned about this trend, Tim stated that building a global brand also depends on the kind of business they are building. Since India has a giant market and is growing fast, so for the most part, companies over the course of time can go global once they conquer the domestic market. On the flip side, he added that just because India has such a large domestic market, probably most can make large businesses by focussing on their domestic markets alone.

Adora said that for any startup that wants to build a global brand, be it Indian or non-Indian, it is important to create something people want; focussing not only on user-acquisition but also on user-engagement and retention. But most important was to focus on quality.

She added, “If you focus on quality, people are going to talk about your product more and that’s how you become a really good brand. I think ambition is important but in terms of being the first step, after getting your first customer, that’s not how I will approach it. I would probably approach a particular market, really hone in there, and then go on. Most global brands did not become a global brand overnight. They started with a specific market and then grew big from there.”

With both India and China emerging to be one of the fastest-growing startup ecosystems in the world, it is but natural that comparisons will arise. Adora, who had spent a year in China, noted that both ecosystems are growing equally fast, both are bigger than the US, there are billions of people in both the economies and so there are lots of opportunities. However, what she liked both about India and China was the grit that the founders have.

She explained, “Like they really want it and they are really hardworking. Especially in India, the people we have met, they are really working on problems that are important to the people and the country. And you don’t need to think global to start with. You can start with your market, be it India or China and that focus is good.” 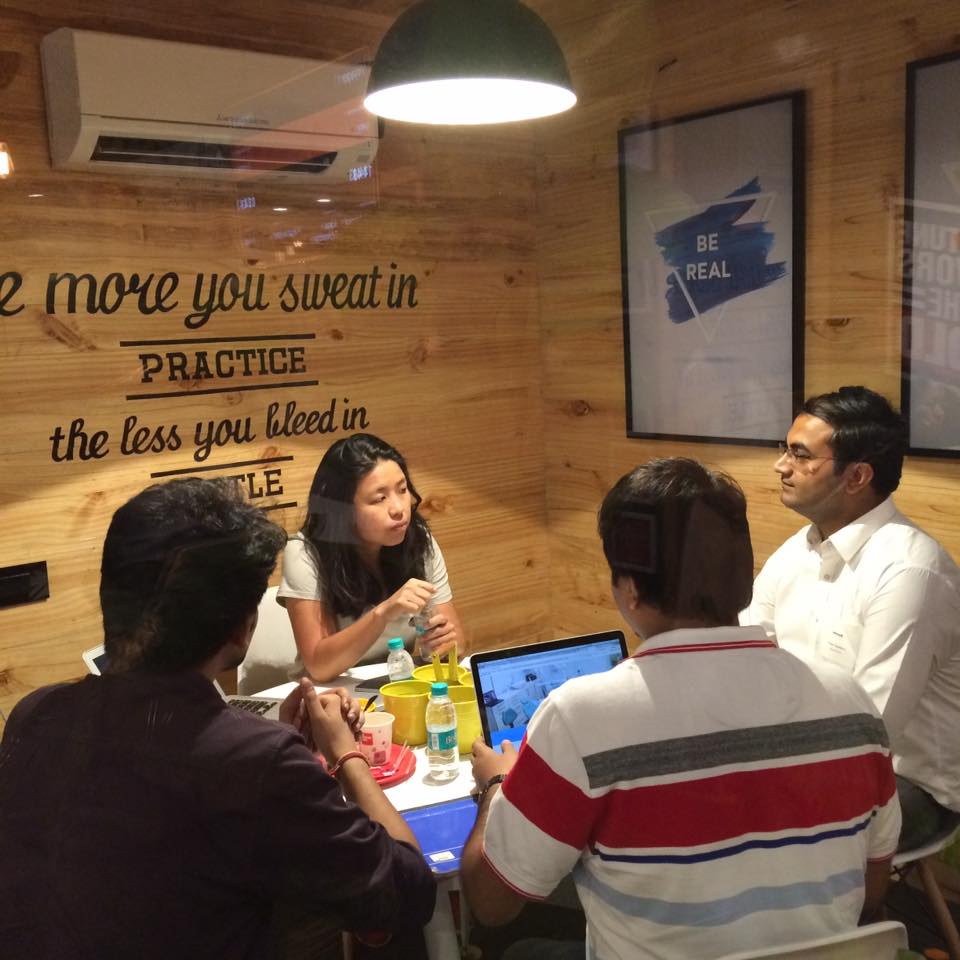 Similarly, when it came to comparing India with Silicon Valley, Adora stated that there is still probably a lot more money in the Valley as it has been around for a long time while in India it is just starting up. She added, “You are going through your first or maybe second-generation of tech startups and so it is less sophisticated. It just needs time to get to the point where Silicon Valley is right now.”

Tim also conceded that certainly, the funding environment in the Valley is older and more mature. But with a growing market in India and increased opportunity, interest in the Indian market is obviously increasing. Which is again, one of the reasons why YC is here – to better understand the funding environment, the opportunity, and its evolution. He concluded that “Clearly it is evolving in a good way.”

How Can YC Help?

At the keynote session, Vijay Shekhar Sharma of Paytm aptly asked the duo that – besides the YC stamp and funding – how is it that they can help Indian startups more. To which Tim replied,

He also told Inc42 that there’s a lot that goes into building good companies. And it depends on the stage they are at. Some things become more important at certain later stages than at early stages. At YC, some of the things that they advised their companies at the early stage were – talk to your users, understand what their pain points are, and then write code. Build the product, release a new code, learn from that, and iterate on the process to have a good product market fit.

As far as their advice to Indian startups goes, it is to focus less on the funding and more on the product. Says Adora, “One of the biggest reasons startups fail is co-founder issues, so find a good co-founder. After that, it’s focus. People try to do too many things at once. And that creates an execution risk. So if people can just focus on one thing and do it really well, you are most likely to figure out if that thing is going to fail or not or if that thing is right for the company or not.

Similarly, Tim also seconded that startups should focus on solving a big pain point and building a product that solves that pain point. Funding, according to him, is just the means to the end. 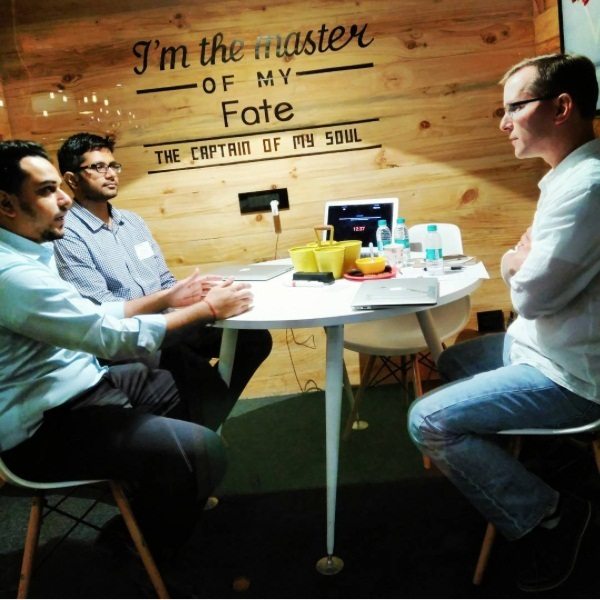 As far as their India plans are concerned, both stated that they are here to understand the ecosystem and to encourage people to apply to YC.

Tim aptly concluded, “The more Indian startups we work with, the more we understand you, the better we will be able to help you with the things we are good at.”

And to further that promise, Tim and Adora will continue YC Office Hours tomorrow in Bengaluru, India’s very own Silicon Valley.