UrbanKisaan began as a farming enterprise which today specialises in hydroponic cultivation of various types of vegetables, greens and herbs in tropical urban environments

The company will deploy the funds to further expand its market presence in India, deploy its farming technology to work with thousands of farmers, and bring fresh, local, sustainable produce to urban dwellers

The global hydroponics market is expected to reach a valuation of $16.6 Bn by 2025 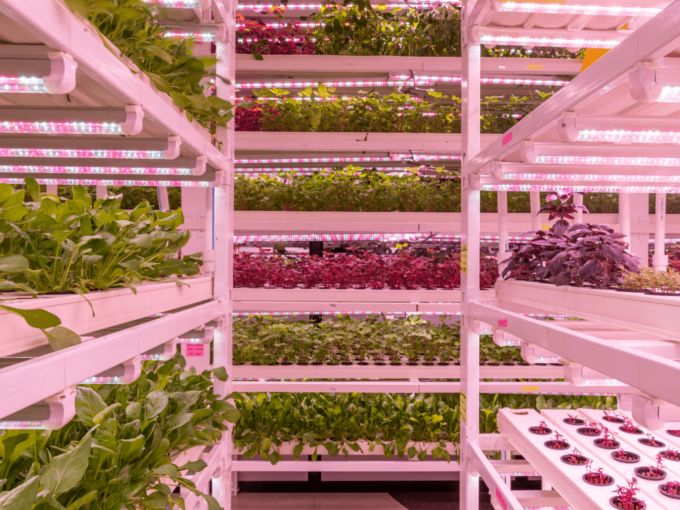 BASF Venture Capital GmbH (BVC) announced today that it would be  investing in the Indian hydroponics startup UrbanKisaan. This is BVC’s first investment in an early stage business focusing on India. Both parties agreed not to disclose financial details of the investment.

Founded by Sairam Reddy, Srinivas Chaganti and Vihari Kanukollu in 2017, Y Combinator backed UrbanKisaan began as a farming enterprise which today specialises in hydroponic cultivation of various types of vegetables, greens and herbs in tropical urban environments.The company operates several suburban greenhouses and vertical indoor farms in Hyderabad and Bangalore. The company sells the fresh produce, some of which is grown directly in the shops, in its franchise-owned brick-and-mortar stores and via an app and website.

With the investment from BASF, UrbanKisaan plans to further expand its market presence in India, deploy its farming technology to work with thousands of farmers, and bring fresh, local, sustainable produce to urban dwellers.

“Our approach in hydroponics enables us to produce our food cost-effectively and with relatively little effort,” said Vihari Kanukollu, cofounder and CEO at UrbanKisaan. “Our produce also contributes towards sustainability as it is grown in clean, hygienic farms in and around the city, thus minimising the total carbon footprint. Use of IoT (Internet-of-Things)-enabled technology for monitoring the farms ensures pesticide-free produce. The growing demand from our customers shows that our idea is well-received,” he added.

The demand and adoption of hydroponics has increased in the last few years and will continue to do in the coming ones. This is primarily because the world’s population is expected to reach 10 Bn by 2050 while the area available for farming and freshwater reserves are becoming increasingly scarce. Hydroponics offers a sustainable way to grow crops without soil and using vertically stacked layers while reducing water usage by about 90%.

Currently, India is the second-largest producer of fruits and vegetables in the world, with a production value of about $64 Bn. It is also a large consumer of fruits and vegetables, however organised channels only account for a mere 20% of the market. Thus, hydroponics is a fast growing and efficient alternative to traditional supply chains in the organized fresh produce market.

The market opportunity is huge, as ‘urban farming’ is catching up at a rapid pace globally. According to MarketsandMarkets, the global hydroponics market is expected to reach $16.6 Bn by 2025, growing at a compound annual growth rate of 11.9% from $9.5 Bn in 2020. The growth of the sector is said to be driven by the increase in population and the need for food security through alternative high-yield farming techniques, given the depletion of water across the globe.