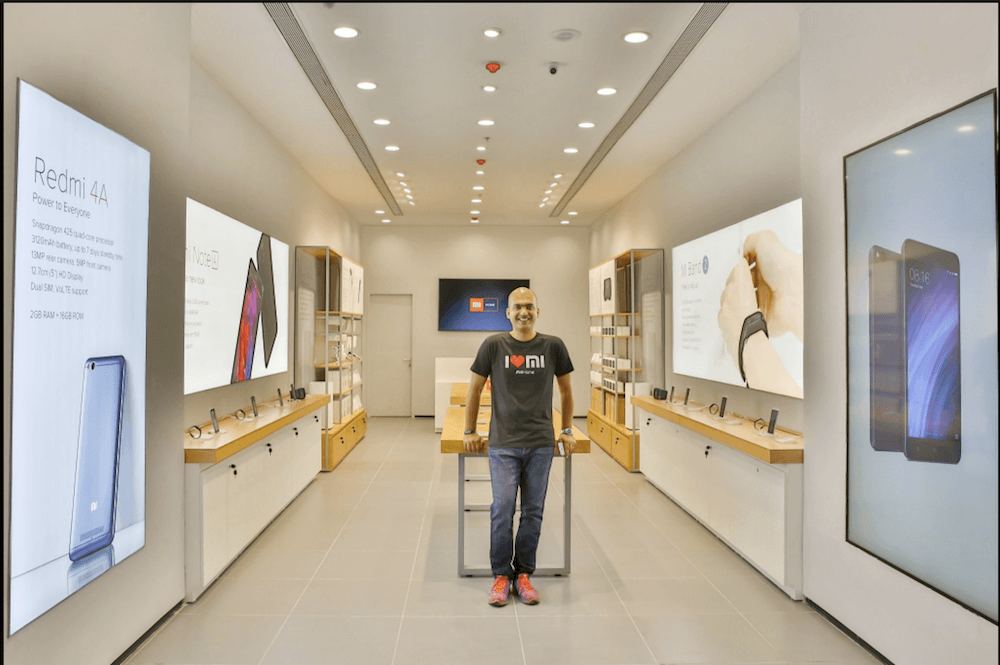 Chinese electronics company Xiaomi Inc, scoring on its online go-to-market strategy in India has crossed yet another milestone. The owner of the widely-sold Mi series of smartphones has opened its first Mi Home Store in Bengaluru.

The store will open for the public on May 20, 2017. With these stores, Xiaomi aims to further “bring down the device costs and offer products at same price to avoid creating a separate product for offline,” said the company, in an official statement.

All the current Mi products including smartphones and other household products will be available in this store. The customers will have the option to collect pre-ordered products via MI.com from the store. Also, if the product is not available in the Mi Home Store, the consumers will be provided with an F-code which they can enter into the website to purchase the desired product.

Xiaomi further plans to launch more stores in Delhi, Mumbai, Chennai, and Hyderabad in the coming months, with a target to launch 100 stores in the next two years.

The six-year-old company has raised around $1.45 Bn in six rounds so far and counts investors such as DST Global, Ratan Tata, IDG Capital Partners, Qualcomm Ventures, Temasek Holdings on its side.

Xiaomi released its first smartphone in China in August 2011 and later, extended its product line to laptops, air purifiers, TV’s, routers, power banks, smartwatches, a smart home (IoT) device ecosystem and more. In 2014, it launched its first Mi Home store in China and today claims to have around 72 such stores in the country.

The Chinese smartphone maker entered India in July 2014, via ecommerce retailer Flipkart and, within six months, sold over a million handsets. From an initial 3% market share in 2015, it has now risen to a share of 14% of the total shipments during Q1 2017 – second place after Samsung. In 2015, Xiaomi also ended its exclusive partnership with Flipkart and joined hands with other etailers such as Snapdeal and Amazon India.

As stated by Xiaomi Vice President Manu Kumar Jain, “When we launched in India, we were online-only, and this helped us to reduce a lot of the layers between us and the customer because, otherwise, you’d have a national distributor, then a regional distributor, and then a local retailer, and then you finally reach the consumer. At each level, you have to add a margin, and by going online and selling directly to the consumer, we were able to offer much more value.”

He further added, “After that, we started selling direct to retail, which involved a slight margin, but we still simplified things a lot and were able to offer the same kind of savings to the consumers.” Xiaomi Red 3S Plus was the first smartphone, the company sold via offline retail (only).

Earlier, in September 2016, Xiaomi also announced to launch its crowdfunding platform in India. Xiaomi owns a crowdsourcing platform in China that claims to provide consumer and home technology companies to raise funds by selling their products via the Mi Home app. Xiaomi planned to launch a similar model in India where the Mi Home app will facilitate consumers to buy products while paying for them. By doing so, they’ll be contributing to the crowdfunding.

In April 2016, Xiaomi also made its first investment of $25 Mn in Hungama, an Indian digital media entertainment company.