Xiaomi India To Move All Its Data Back To India In Two Months: Manu Jain

Xiaomi India To Move All Its Data Back To India In Two Months: Manu Jain

The company has launched three new mobile phones — Redmi 6, Redmi 6A, and Redmi 6 Pro in India

It may revise its price structure, later this year, owing to the increasing dollar price 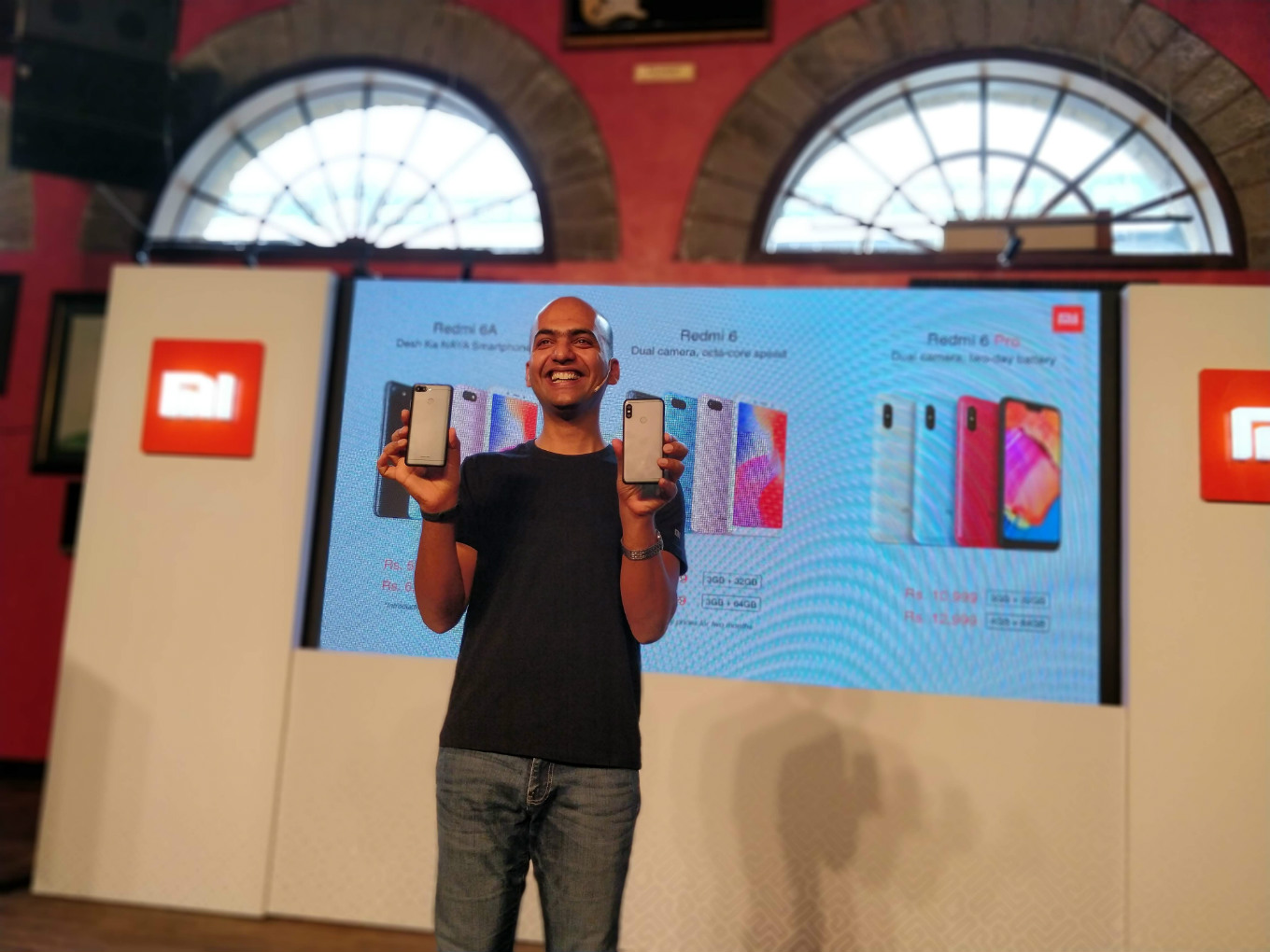 Amid rising data privacy and data localisation concerns, Xiaomi India is moving all its data back to its India-based servers. The company has already started saving new data in servers in the country.

Responding to an Inc42 query related to the draft Personal Data Protection Bill, Xiaomi India Country Manager Manu Jain said, “(We) Started in July and will be moving all our data servers to India for everything — whether it’s ecommerce mi(.com), or MIUI, or Mi community data, all our platforms.”

He added, “While some of the data has already been moved to India, new data is already being stored here. The entire old data will also be moved to India in the course of the next two months.”

Xiaomi’s data was so far being stored in its Singapore and the US-based servers.

The company has launched three new mobile phones —  Redmi 6, Redmi 6A, and Redmi 6 Pro in India.

Although NITI Aayog Vice Chairman Rajiv Kumar keeps reiterating that the ‘falling rupee is not a cause for worry’, Jain said that the dollar price rise is, indeed, a matter of concern and is affecting the semiconductor industry of India at large.

“If the dollar continues to rise this way, we may be pushed to revise our price structure towards the end of 2018 or next year,” said Jain.

Jain clarified, “The reason why this is important is that most mobile components are imported from Japan, Korea, China, and Taiwan. So, when we were planning for these products at the beginning of this year, the dollar was at around INR 63-64, and now it’s at INR 72. This is an almost 12.5% increment in terms of cost.”

This could be critical to Xiaomi, as it makes only 5% profit (in the case of hardware products), a declaration it made right before its IPO.

“This has been a huge amount of pressure on us. If the dollar continues to rise this way, we will be forced to revise the (phone) prices,” stated Jain.

Online To Offline: Xiaomi Takes A New Call In India

Chinese entrepreneur, investor and Chairman of UCWeb Browser Lei Jun, along with seven others, founded Xiaomi to counter the Apple Way of mobile making back in 2010. This was a time when the-then biggest mobile makers — Nokia and Blackberry — were struggling to retain their market base with their decade-old operating systems Symbian and Blackberry OS respectively. Meanwhile, Google, Microsoft, Dell, and Lenovo were still trying to find their way to penetrate the mobile user base on a larger scale.

Initially backed by investors Temasek Holdings, IDG Capital, and Qiming Ventures Partners, Xiaomi’s design thinking soon became a hit across borders, making it the third-largest mobile maker in the world after Samsung and Apple by the end of 2014.

What was the design thinking that made Xiaomi Mi mobiles with specs similar to other mobiles so saleable?

Last year, speaking to Inc42, Jain had said, “The secret of Xiaomi’s success lies in its marketing and advertising strategies — the biggest concern for most of the companies — an area where Xiaomi spends zero.”

Launching all its products only on online platforms was part of the design thinking.

However, in the last year, there has been a shift in this approach. The company has now launched offline stores as well.

Responding to an Inc42 query, Jain said, “For the first three years, we were only selling our products through online platforms such as on Amazon and Flipkart. And, within the same period, we captured almost 50% of the online market share.”

“However, for the last year, we have been building offline stores as well. The primary reason is the online market saturation. We have already captured 50% of the market share and it is an unrealistic measure to take it to 80-90%. And, the two-thirds of the Indian mobile market is still offline. This is why we decided to foray into the offline market as well,” he added.

The company has currently four modes to cater to offline demands:

“There are a huge number of consumers who are still not well-connected to the online market and therefore we started mi stores in order to reach out to them.” — Manu Jain

Despite witnessing increased competition from One Plus, Samsung, Oppo, and other mobile companies, Jain claimed that Xiaomi has retained its lead position in the Indian mobile market and its after-sales market.

According to the IDC Quarterly Mobile Phone Tracker, the Indian smartphone market witnessed a healthy 14% annual growth with a total shipment of 124 Mn units in 2017, making it the fastest-growing market amongst the top 20 smartphone markets globally.

As per the report, the market resumed its double-digit growth after a temporary slowdown in 2016 caused by factors such as demonetisation and a shortage of smartphone components. This contrasts with China, the world’s largest smartphone market, which saw its first decline 2017, while the US was relatively flat.