World’s Cheapest Electric Car To Debut In India This Year

World’s Cheapest Electric Car To Debut In India This Year 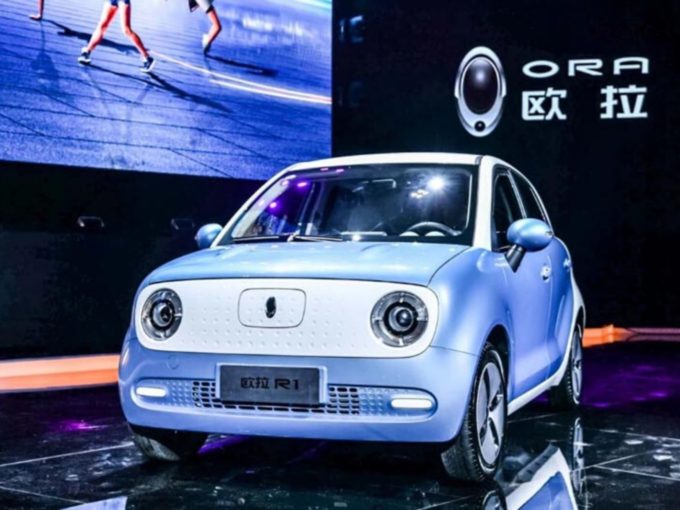 Chinese automobile manufacturer Great Wall Motor is getting ready to launch its electric car Ora R1 in India, this year. This car model is being termed as the cheapest electric vehicle in the world with a price range of $8.6K to $11K (INR 6.2 Lakh to INR 8 Lakh).

Owned by a subsidiary of Great Wall Motor, the car is said to have a maximum range of 351 Km and is being run on a 35KW motor. 351Km range is comparable to other electric cars available in the Indian market, which have an average range of 270 Km with the maximum being Hyundai Kona’s 452 Km/full charge. However, the Hyundai Kona costs about INR 28 Lakh (on-road price, includes insurance and RTO amount).

Further, the average cost of electric cars in India is around INR 13 Lakh, which is much higher than the average INR 5 Lakh for economical cars run on traditional fuel. The launch of Ora R1 will certainly give Indian consumers an economical electric vehicle option while they battle ambiguity around India’s emission norms and economic slowdown.

In 2019, passenger vehicle manufacturers in India have reported a drop of 14% in yearly sales with Maruti Suzuki making a 2% increase in sales on top of heavy discounts.

High Cost Of EVs In India

Amidst India’s air pollution crisis, the need to shift towards green energy sources has become mandatory. While the Indian government had intensively pushed for electric vehicle adoption through tax cuts and EV-focused subsidies. The higher cost of EVs has been a constant reason for concern among Indian consumers.

However, many foreign and local auto majors have started working on setting up battery manufacturing plants in India. Just yesterday, a joint venture (JV) of Japan’s three tech giants — Suzuki, Toshiba, and Denso — has committed an investment of INR 3,715 Cr to increase the production of lithium-ion batteries at their proposed manufacturing unit in Hansalpur, Gujarat. Also, Mahindra and Tata have formed partnerships to start the production of lithium-ion batteries in India.