As Part Of The Meeting, The Indian PM Pitched India As An Attractive Destination For Entrepreneurs And Investors 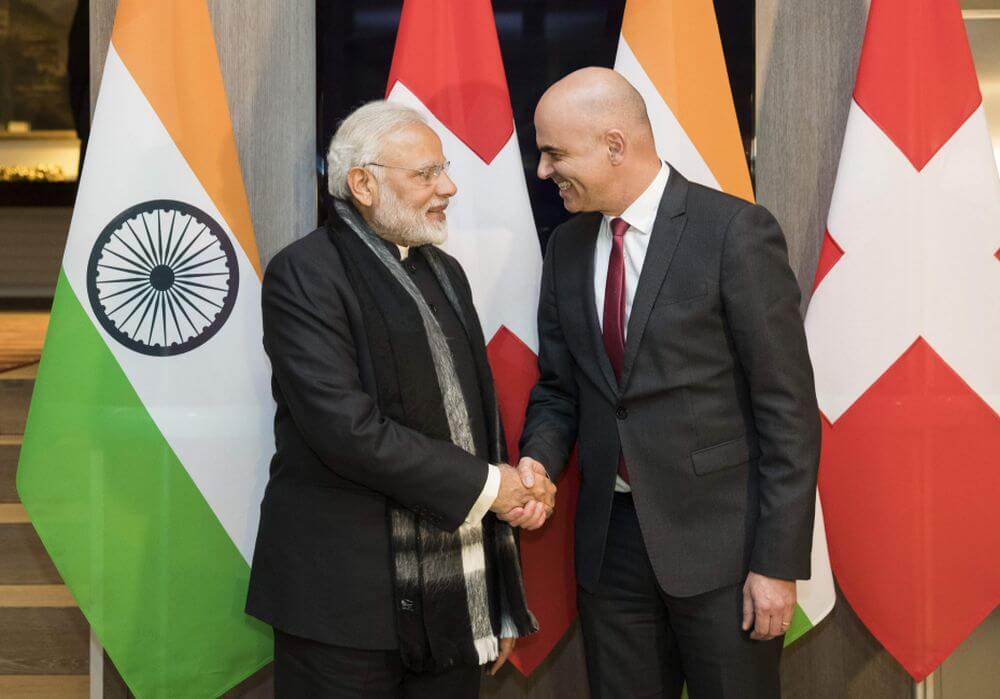 Davos: a sleepy town in the Swiss Alps, which also serves as a popular ski resort. Despite heavy snowfall, more than 2,000 business leaders and 70 heads of state and governments, including Indian PM Narendra Modi, have made their way to Davos for the annual World Economic Forum (WEF).

This marks the first time in nearly 20 years that an Indian Prime Minister has participated in the annual event of the World Economic Forum, since HD Deve Gowda in 1997. He is accompanied by Finance Minister Arun Jaitley, DIPP Secretary Ramesh Abhishek and Commerce Minister Suresh Prabhu, among others.

As part of his 24-hour visit, PM Modi hosted a roundtable meeting with 40 CEOs across 18 countries, including 20 from India. Among them were Microsoft’s Satya Nadella, Reliance’s Mukesh Ambani and Airbus CEO Dirk Hoke. 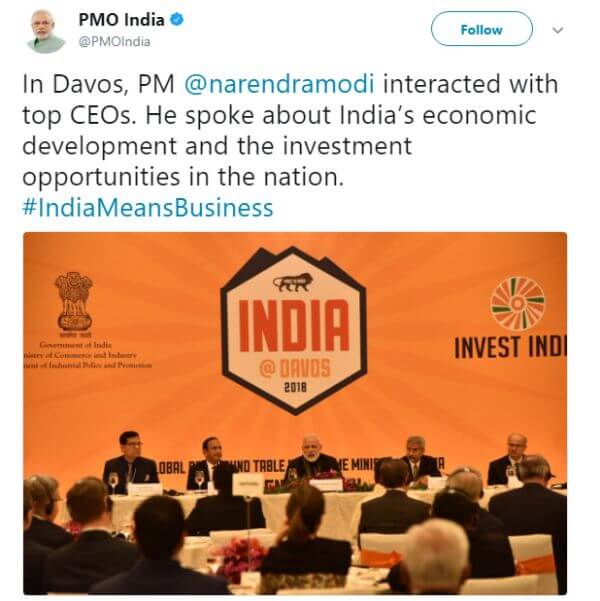 Sharing a glimpse of meeting and what it entailed, PMO India tweeted, “ In Davos, PM Narendra Modi interacted with top CEOs. He spoke about India’s economic development and the investment opportunities in the nation.”

Revolving around the theme of “India Means Business”, the meeting saw the Prime Minister pitching India as an attractive destination for entrepreneurs and investors. During the two-hour-long dinner, PM Modi encouraged the attendees to share their concerns and suggestions about running a business in the country.

Commenting on the development, NITI Aayog CEO Amitabh Kant stated, “PM is coming here to tell the unique story of India’s growth along with major structural reforms and fact that India opened up economy at a time when countries are closing economies. Our FDI grew by 62% when across world it fell by 16 %. We maintained our growth along with structural reforms, we worked for financial inclusion along with financial growth.”

Mahindra Group Chairman Anand Mahindra, who attended the meeting, tweeted, “Let me add my compliments to you all. You did us proud with your world-beating organisational skills. Every global CEO was floored by the personal touches in your hospitality. I am proud to be on the board of Invest India.” 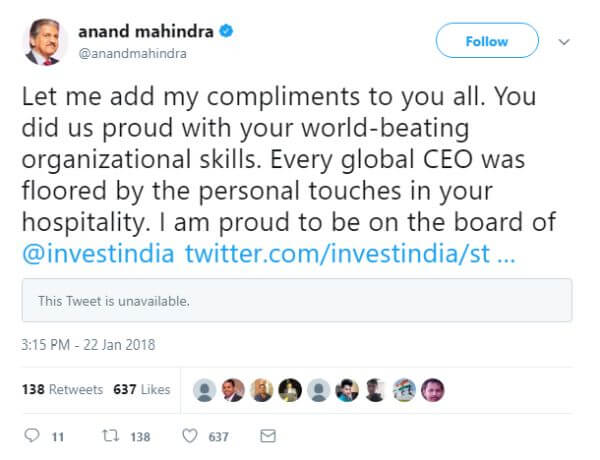 India To Be Fastest Growing Nation In 2018: IMF

Ahead of the commencement of the World Economic Forum, the International Monetary Fund (IMF) released its global growth prospects survey, according to which India could become the fastest-growing nation in the world in 2018. Growing at 7.4%,  India is set to overtake China, which is growing at an estimated 6.6%.

The survey predicted that India’s economic growth rate could surge to 7.8% in 2019. Two of the biggest factors contributing to this growth, as per PM Narendra Modi, has been demonetisation and the implementation of GST.

As per another survey by the global consultancy firm PwC, India is currently the fifth most attractive market for investments, with the US claiming the top position followed by China. The findings of the survey were made public as part of the annual summit of the World Economic Forum.

Despite the heightened interest in India’s recent economic growth, the WEF’s annual inclusive index ranked India at 62 in terms of inclusive growth. In addition to GDP growth and economic development, the index takes into account economic inclusion, living standards, environmental sustainability, intergenerational equity and protection of future generations from indebtedness.

As per the report, Norway is currently the world’s most inclusive economy. Lithuania, on the other hand, topped the list among emerging nations. Compared to that, China emerged in the 26th position globally, while Pakistan has a ranking of 47.

During his 24-hour stay in Davos, Prime Minister Narendra Modi is also set to deliver a keynote address today morning at the World Economic Forum’s annual meeting. Additionally, he will be interacting with 120 members of WEF’s International Business Council.

Some Of The Recent Reforms Made By PM Modi Led Govt.

Thanks to the major reforms and policies introduced and implemented during PM Modi’s regime, India recently leapt over 30 positions in the World Bank’s Ease of Doing Business rankings report. The country currently ranks 100th out of 190 nations in terms of ease of doing business.

Earlier in January, the Union Cabinet also approved 100% FDI through the automatic route in single-brand retail, while also easing FDI norms in aviation and construction sectors. The move was aimed at enhancing overseas funding in India, which would, in turn, strengthen the domestic market. Furthermore, it would also facilitate the creation of more jobs.

As the ongoing annual summit of the World Economic Forum can attest, India has garnered a renewed interest from entrepreneurs, investors and business leaders from across the world in recent times. Whether this helps in driving the country’s economic growth in 2018 and beyond remains to be seen.