With Over 125 Cr Enrolments, Aadhaar Reaches To Every Nook And Corner

With Over 125 Cr Enrolments, Aadhaar Reaches To Every Nook And Corner 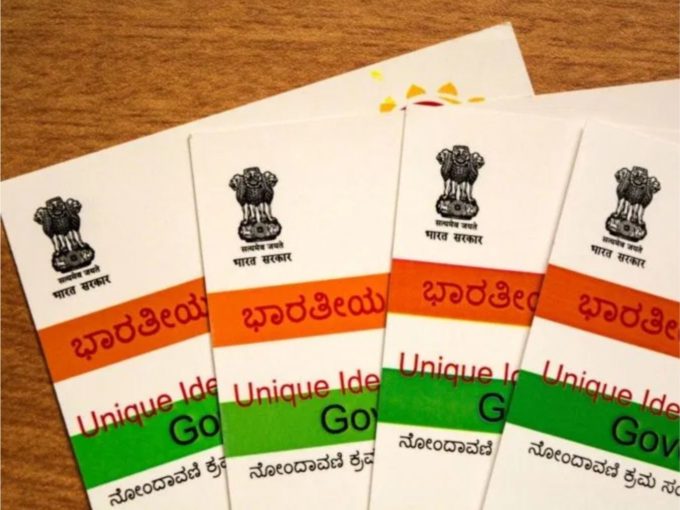 Launched in 2009, the Indian government’s ambitious Aadhaar project has added a new feather to its cap by assigning the 12-digit unique identity number to 125 Cr Indians.

The unique identification authority of India (UIDAI), a nodal agency responsible for Aadhaar enrollment and authentication, took to Twitter and said that the milestone comes along with the rapidly increasing use of Aadhaar as the primary identity document by the Aadhaar holders.

UIDAI further added that the Aadhaar holders have used Aadhaar-based authentication services around 37 Cr times, close to ten years after its launch. Revealing the total number of requests UIDAI receives daily, the department said that it receives around three crore authentication requests every day.

Most of the Aadhaar-based authentication requests to UIDAI comes from linking bank accounts, permanent account number (PAN), mobile number with the 12-digit unique identity number. Aadhaar is also used as an official document for authentication for receiving benefits of various government schemes as well.

Since Aadhaar is accepted as an official document for the majority of purposes such as proof of residency, identity proof, among others, users have shown their keenness on updating it frequently, according to UIDAI. “UIDAI recorded close to 331 crore successful Aadhaar updates, which includes both biometric and demographic update, till date,” UIDAI said in a statement. UIDAI further highlighted that currently, it receives it around three to four lakh Aadhaar updates request daily.

Though Aadhaar has become one of the most crucial documents in India, the number of privacy breach cases involving Aadhaar has witnessed a spike in recent times.

In February 2019, French cybersecurity expert Baptiste Robert who goes by the alias, Elliot Anderson, reported an Aadhaar data breach on the website of Indian Oil Corporation-owned LPG brand, Indane. Aadhaar details of more than 6.7 Mn users containing personal details such as names, addresses and the Aadhaar numbers were leaked on Indane’s website.

Further, in January 2019, the State Bank of India (SBI), demanded the UIDAI to immediately look into an alleged “misuse of Aadhaar biometrics,” and find the cause that led to it. According to SBI’s allegations, individuals in-charge of Aadhaar enrollment had been misusing their operator ID to generate Aadhaar cards using fraudulent documents during the period between November 9 and November 17, 2018.

Even in January 2018, the Aadhaar system was hacked by a self-proclaimed French cybersecurity expert who goes by the alias Elliot Alderson. Soon after, a leakage was reported after an unidentified group on WhatsApp shared links containing the login and the password details, which enabled access to personal data of over 1 Bn Indian citizens.