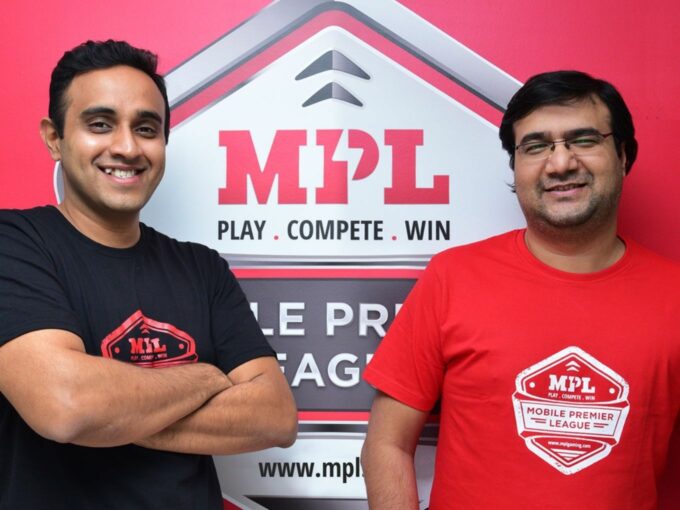 Bengaluru-based mobile esports platform Mobile Premier League (MPL) has raised $90 Mn in a Series C funding round led by SIG Ventures, RTP global and MDI Ventures. Sequoia India, Go-Ventures and Base Partners had participated in this round.

According to a TechCrunch report citing sources, the company was valued somewhere between $375 Mn to $400 Mn pre-money. Mobile Premier League has raised nearly $130.5 Mn across multiple rounds, and counts Times Internet and Bollywood actor Salman Khan as its early investors. Mobile Premier League is also a sponsor of IPL team Royal Challengers Bangalore.

Last April, the company had raised $35.5 Mn in a Series A to step up its growth plans and improve its product. The funding round was led by Sequoia India, Times Internet, and GoVentures. Other investors including RTP Global, BEENEXT, Base Ventures, and Venture Highway also participated in the round.

Mobile Premier League now plans to expand outside of India in the upcoming months, cofounder Sai Srinivas Kiran G said in a press statement. Though he did not name any new markets, Kiran suggested that India’s neighbouring countries as well as Japan and South Korea may be a part of the plan.

It is also planning to expand its gaming catalog and offer more marketing support to third-party developers, who currently either sell licenses to the company or work through revenue-sharing agreements with the Indian startup.

The company was founded in 2018 by Srinivas and Shubham Malhotra, who had earlier worked together on Bengaluru-based media streaming technology startup Creo which was acquired by messaging service Hike in August 2017.

Mobile Premier League is a mobile application for users to play mobile games with real money. It allows users to choose from games ranging from cricket to CandyCrush or TempleRun and select a tournament according to their budget. The user, who managed to stay in the game for a certain pre-decided duration defeating other players, wins. The platform currently hosts about 70 games across multiple sports, and has over 60 Mn users.

Mobile Premier League’s funding comes as the global audience has been captivated by the Indian Premier League (IPL) 2020. Anticipating a spike in userbase, several Indian gaming startups have been prepping themselves up with adequate capital. Earlier this month, cricket commentator Harsha Bhogle invested in a fantasy sports platform Fantasy Akhada, which was founded in January 2020 by Amit Purohit.

Dream11, which is also the title sponsor of the IPL 2020, raised $225 Mn from led by Tiger Global Management, Chrys Capital and Footpath Ventures. Meanwhile, Paytm First Games have roped in Sachin Tendulkar as brand ambassador.