Chopra noted that being a CEO has an emotional cost, which not everyone is ready to take on and this includes making the hard decisions 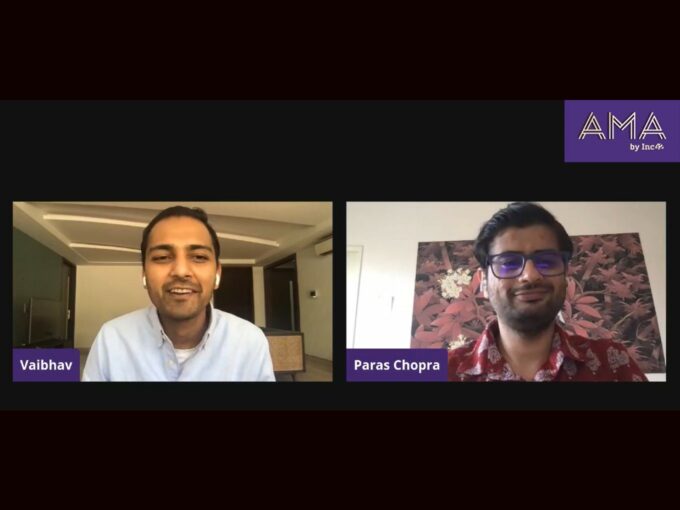 “You have to take the short-term pain that maybe people will be slow, or make mistakes or come up with suboptimal output— but in the long run your bandwidth will open up and that’s what you need — you cannot be in that mode forever of addressing all the fights all the time” — Paras Chopra, founder, Wingify

In the early days of March 2020, Sequoia Capital called Covid-19 a black swan event — a once-in-a-generation crisis — and those words are still ringing true. To be clear, Sequoia was not the first to sound the alarm, but it does have a massive startup portfolio, which has been deeply impacted by the pandemic. And since mid-March, many entrepreneurs have had to demonstrate leadership qualities they never thought would be called upon.

From taking tough decisions like layoffs, pay cuts, foregoing salary to rewriting business model to even swallowing the bitter pill and shutting down operations — startups have seen it all in the past three months. As India opens up, businesses are expected to move back to ‘new normal’. But the burden of choice, taking the risk of calling employees back to the office, putting them and their families at risk, while balancing the needs of a business, is not going to go away. It’s still all on the founders — to do or not to do; to open up or not?

These are some tough calls and to bring a perspective on decision-making in these times, Inc42 hosted Wingify cofounder and chairman Paras Chopra in an AskMeAnything session to analyse entrepreneurship from the perspective of First Principles of Thinking.

Over 2000 years ago, Aristotle defined the first principle as “the first basis from which a thing is known.” First principles thinking is a fancy way of saying “think like a scientist” as they don’t assume anything.

Talking to Inc42, Chopra deconstructed first principles thinking from the point of view of prioritising facts rather than confirming biases. Applying this line of thinking to the biggest question for entrepreneurs currently — whether to go remote or back to the office — Chopra said he would focus on internal reflection, rather than reading articles or anecdotes on the same as context varies from company to company.

Seeing The Context In Every Decision

This means looking at the organisation, the customers, employees, what sort of interactions happen on a day-to-day basis, and how work actually gets done in the organization etc. It’s about seeing the big picture and the cascading impact.

“Every organization has a culture and applying such a big decision from top-down just because there is a growing consensus around the world or an expert said it, I think that it is absolutely the wrong decision because it can significantly negatively impact your organisation,” Chopra explains.

He emphasised that context differs from country to city to sector to target market etc. The first step would be to document the pre-Covid workflow and understand what interactions occurred on a daily basis, which probably would not be possible in remote working, and whether some of those interactions can be replaced with virtual meetings..

Throughout his conversation, Chopra emphasised on understanding the context before taking any decision. He is of the belief that a lot of business advice has the potential to harm entrepreneurs. “For making good decisions, I think context is everything and is a reflection of the map not being tentative,” he added.

One of the interesting points of discussion was also the art of making decisions, considering that some people try to go by consensus and peer-pressure and not wanting to own the decisions.

Since not all decisions are created equal and so while making a decision, an entrepreneur should figure out how reversible it is and if it is not easily reversible, they have to put more effort in judging the decision by weighing its contextual impact and be ready to own the consequences. “I think rather than starting from an idea and thinking that is good or not, I would start from doing internal reflection and laying down competencies etc and identify what aspect you are best at.”

Chopra’s journey of entrepreneurship has been an interesting one. Almost eight years after launching Wingify, in February 2018, Chopra announced that he would step away from the role of CEO and take up as chairman. Chopra noted that being a CEO has an emotional cost, which not everyone is ready to take on.

About this switch, Chopra said that for him and his cofounder Sparsh Gupta it was a natural transition. “I think this plays to my strengths and being the CEO plays Sparsh’s strength. So rather than getting attached to labels, we felt that we should do introspection on what roles we naturally feel attracted to and play those roles in the company because ultimately it’s about benefiting the company,” he added.

Chopra says he enjoys ideation, laying out a long term strategy etc while Gupta’s strength is execution and making sure the entire organisation is aligned to these goals.

Being a founder and being a CEO are two different jobs. And it doesn’t necessarily mean if you’re a good founder, you will be able to be a good CEO and vice versa. “A lot of times I think, unfortunately, many people get attached to labels like CEO they identify their ego with this title but that’s the harbour that harms not just the organization— because there might be some other better fit person to do that job— but it also harms them because being a CEO is a very emotionally high intense job. And if you are not enjoying being the CEO, you should not be a CEO.”

Chopra also talked about his focus on Deep Work, where he allots time in his calendar to think and strategise. He noted that since morning is the most productive time, he avoids emails etc at that point and rather focuses on Deep Work till afternoon and then gets to emails.“I make two To-Do lists, one urgent and important. Because either we confuse something important as urgent or we confuse urgent as important. A human mind always thinks everything is urgent, depending on how people are reacting to it.”