Will The Marketplace Model Work For BigBasket?

Will The Marketplace Model Work For BigBasket? 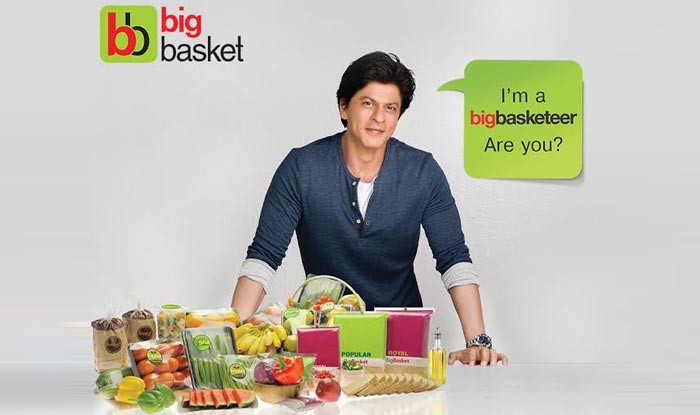 Hyperlocal grocery became a buzzword in the media as 2015 saw some major developments in the online grocery market in India.  While some companies, like Ola and Flipkart, took a U-turn, other companies, like BigBasket, worked towards strengthening its foothold in the market.

The online grocery market is divided into two models – inventory-led and hyperlocal-delivery. Overall, the market is valued at $200 Mn annually. Bangalore-based online grocer, BigBasket, has gone one step ahead by merging the two models. It plans to cover the entire grocery needs of consumers, by launching its marketplace business, reports ET.

The company’s statement said that it will be delivering orders with hyperlocal speciality stores, such as bakeries and meat shops, in less than an hour. For the initial phase, BigBasket plans to launch this service in Bangalore, with about 400 stores, handling logistics only for stores within a 6 km radius.

Hari Menon, CEO of Big-Basket, said in a statement, “No matter how much you shop online, 5% of your grocery is bought from speciality stores within the locality that you trust and love. The marketplace model will offer popular neighbourhood delights from bakeries, flower shops, meat speciality stores and pet outlets.”

Experimenting with the market, BigBasket has entered the hyperlocal segment, which is crowded by startups like Grofers, Peppertap and ZopNow. Recently, Grofers and Peppertap had to shut down operation in few cities due to unavailability of appropriate demand and no scope for scalability, as cited by them. Whereas, players like Flipkart, Paytm and Ola have reportedly closed their grocery segment as part of focusing on their core business.

Experts have started believing that it is tough to crack the food and beverage ecommerce segment due to problems related to supply chain, last-mile logistics and procurement. Despite all these apprehensions, Amazon is betting heavily on expanding its ‘Kirana Now’ service to masses.

BigBasket, founded in 2011 by Fabmall founders VS Sudhakar, Hari Menon, Vipul Parekh, VS Ramesh and Abhinay Choudhari, is one of the dominant players in the market.  It has been successfully operating in 18 cities across India including Bangalore, Hyderabad, Chennai, Delhi, Pune and Mumbai.  Moving forward, it plans to expand its operations to another eight cities by 2016. The company has an average order size of INR 1,500 and it is expecting a gross merchandise value of $300 Mn (INR 2,000 Cr) for the financial year ending March.

To an email query, Vipul Parekh, co-founder of BigBasket, said, “Our marketplace model will be in the top eight metro cities – Mumbai, Delhi, Bangalore, Hyderabad, Chennai, Ahmedabad, Kolkata and Pune. We are tying up with different stores in every city. These are typically small stores which are famous for a particular category of food products and have a loyal brand following. We expect to tie-up with more than 2,500 such stores in these eight cities over the next six months. However, the stores are restricted to a customer’s neighborhood. Over a period of time we will look at extending this to across the city and even between cities.”

BigBasket had EkStop and LocalBanya as its direct competitors. EkStop, launched during the same time as BigBasket, was acquired by Godrej Group. Godrej Nature’s Basket had also partnered with Snapdeal to make products available in the online marketplace. Localbanya is said to be the first player to enter the online grocery market in Mumbai, in early 2012. But the company hasn’t resumed its operation since October 2015, when its operations were suspended due to upgradation of its technology and services.

With a total raised capital of about $85.8 Mn from investors like Helion Venture Partners, Bessemer Venture Partners, Ascent Capital and Sands Capital, BigBasket is also banking on its private-label products to increase revenue and turn profitable.

The fact that BigBasket has pulled itself through the intrinsic defiance of the online grocery segment and, of course, the burgeoning competition for four years (and counting), says a lot about the company’s survival instincts.