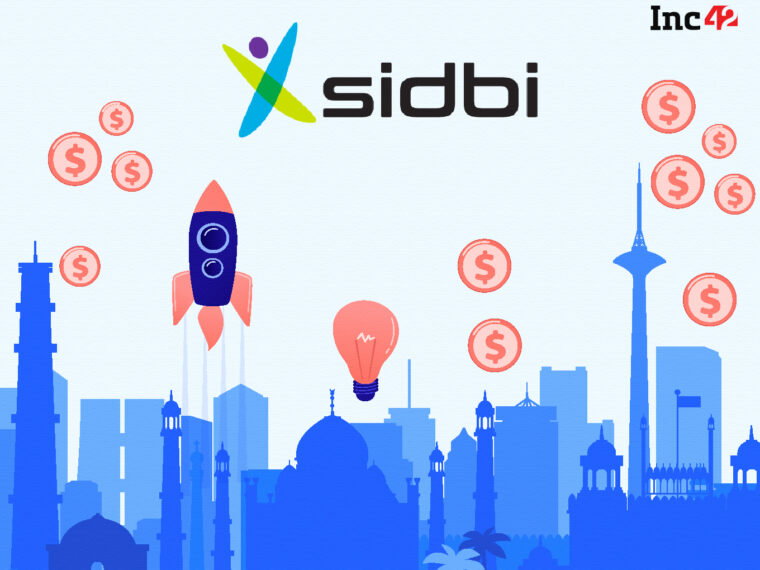 Alternative investment funds (AIFs) that have received commitments of fund infusion from the Small Industries Development Bank of India’s (SIDBI) Fund of Funds for Startups (FFS) will now be eligible for a greater share of profits and faster drawdowns.

According to an April 29 circular issued by SIDBI, AIFs would now be allowed “accelerated drawdowns” of FFS money, enabling enhanced capital deployment to startups.

In this case, drawdown refers to the amount of funds AIFs draw from FFS in a periodic manner, out of the total amount committed by their limited partners (LPs) like the latter. While LPs typically commit a certain amount in a VC fund or AIF, this money is typically released in tranches, instead of a lump sum.

“Based on day-to-day operations of FFS and regular interaction with AIFs/ other stakeholders, it was felt necessary to develop modalities for enabling “accelerated drawdowns” / enhanced deployment of capital to start-ups,” SIDBI said in the circular.

Inc42 spoke to several investors and funds in India to understand how SIDBI’s accelerated drawdowns might impact startup funding. Before we understand its implications, it is pertinent to see how FFS drawdowns worked earlier and how they will work now.

AIFs told Inc42 that while SIDBI has not yet clarified the details of the accelerated drawdowns, this is how it might function based on their understanding of the FFS.

If you take the example of a fund with a corpus of INR 300 Cr, then SIDBI will invest a maximum of INR 75 Cr or 25% of the fund size. The percentage that SIDBI invests reduces as the corpus size increases.SIDBI typically invests only 25% of this INR 75 Cr in each investment that the fund brings in.

But with accelerated drawdowns, the bank is likely to give a bit more in case other LPs of the fund are not able to keep their tranche commitments. This is likely to allow deals to go through that might have been stuck due to one or more LPs not being able to maintain their tranche payments. So SIDBI fills the gap.

While this is the initial understanding of the investors on the new circular on drawdowns, it must be noted that this explanation of accelerated drawdowns hasn’t been confirmed by SIDBI. Inc42 has reached out to the bank for clarification, and the article will be updated on receiving its response.

Currently, if a fund’s internal rate of return (IRR) crosses the hurdle rate, the ‘carry’ or the profit sharing is typically in the 80:20 ratio, with 20% going to the investment managers. However, in the latest circular, SIDBI said that the FFS is ready to pass on 25% of the incremental returns to the investment managers, over and above the return, if the IRR exceeds 25% per annum.

“Allowing higher carry would be one of the ways to incentivise fund managers to perform better,” it said.

Similarly, when the net IRR to the investor crosses 30% per annum, carry share of 30% would be permitted to the managers on the incremental returns if the fund achieves an IRR of above 30% per annum.

SIDBI is one of India’s largest limited partners (LP) or investors contributing to the capital of VC and PE funds. As per SIDBI’s website, the FFS has so far committed more than INR 7,225 Cr to about 86 AIFs.

VC Firms On The New Framework

Shailesh Ghorpade, founding managing partner and CIO at Exfinity Venture Partners, told Inc42 that often the AIFs are unable to receive the entire amount they have committed to the startups from other investors such as high-net-worth individuals (HNIs) and family offices, who also release their committed amount in tranches. At times, these LPs do not have the liquidity to send tranches for newer investments.

This means that the round sometimes faces trouble to get closed for the startups due to the inability of one or two LPs to contribute. The new SIDBI framework would bridge this gap as the funds from the government would now enable VC firms to deliver their committed capital to the startups.

“This is a laudable initiative because SIDBI has realised that the Indian investor ecosystem is not very deep, and many HNIs and family offices have other pressures, therefore they sometimes delay making the payments but we (investors) can’t delay payments to the startups,” Ghorpade said, adding that SIDBI’s initiative to become more flexible in deploying more money to the investors would benefit the entire startup ecosystem.

The circular said that “the change of modalities for quantum of drawdown under FFS” comes with the view to accelerate FFS fund deployment and enhance the grass-root level deployment of funds.

Vinod Murali, managing partner and cofounder of Alteria Capital, said, “The new framework is intended to provide more flexibility in terms of process, sizing and inclusions (especially for growth-stage funds). Some of these new measures will also allow SIDBI to provide capital faster (within approved limits) to fund managers who have a strong pipeline, which can also improve returns as an LP.”

He said that the new framework “finally brings more clarity” on how SIDBI would structure the economics for fund managers across fee/carry/opex, which can also help in “rationalising expectations” appropriately across stakeholders.

Prime Minister Narendra Modi unveiled SIDBI’s FFS on January 16, 2016, in line with the Start up India Action Plan. It was approved in June of that year with an aim to spend a corpus of INR 10,000 Cr for contribution to AIFs, registered with the Securities and Exchange Board of India (SEBI).

The government also said then that further provisions would be made in the form of grant assistance through gross budgetary support by the Department of Industrial Policy and Promotion (DIPP), which would monitor and review performance in line with the Start up India Action Plan.

“Overall, SIDBI has been a strong enabling force for the Indian GP ecosystem and Alteria has been a beneficiary across both its funds,” Murali said.

Deepak Aggarwal, CFO and compliance officer at a group of AIFs, called the new framework a welcome move. “SIDBI’s FFS has been a great initiative by the government and the money that the government has put into it is phenomenal. SIDBI has generally been extremely supportive,” he added.

However, a few VC firms also said that SIDBI has always been one of the toughest LPs to deal with. Some even said that their experience with SIDBI in terms of drawdowns hasn’t been good so far.

Most of them were of the view that the change in the framework could be a result of the fact that many fund managers did not want to get into a partnership with SIDBI as its rules were very difficult to follow.

The change in the framework comes at a time when the Indian startup ecosystem is growing by leaps and bounds. In 2021, more than $39 Bn was invested in Indian startups, which was a 225% increase from the previous year, according to an Inc42 report.