In August 2019, Reliance Jio installed one of the largest blockchain networks with tens of thousands of nodes

Facebook is working on the blockchain-based cryptocurrency platform called Libra

The enterprise blockchain market is expected to touch $13.2 Bn by 2024 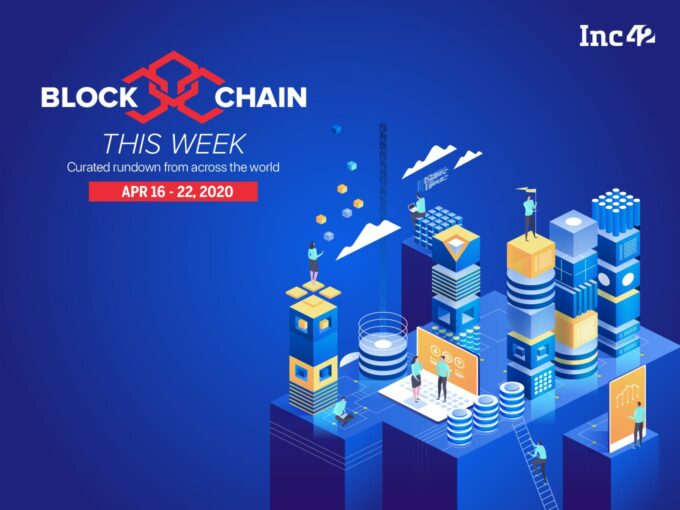 The announcement of social media giant buying a 9.99% stake in Reliance Jio for INR 43,574 Cr ($5.7 Bn), has created a lot of buzz in the Indian tech ecosystem. Interestingly, the Jio offers a plethora of digital and internet businesses, including smart devices, cloud computing, big data analytics, broadband connectivity, internet of things, and blockchain among others.

From a blockchain perspective, in August last year, Reliance Jio had announced to have installed one of India’s largest blockchain networks with tens of thousands of nodes. At the time, Reliance Industries Chairman Mukesh Ambani had said that usage of blockchain technology will deliver unprecedented security, trust, automation and efficiency to almost any type of transaction.

Further, emphasising on data privacy, Ambani had said that blockchain technology would pave a path for creating a new model, where customer data is owned and controlled through technology and not by corporates, particularly the global corporations.

Earlier today, in a Facebook post, the founder Mark Zuckerburg said that the country is the middle of a major digital transformation and Jio has been instrumental in onboarding hundreds of millions of Indian consumers and small businesses online. He further said that the company will be providing digital tools to help businesses to communicate and grow their businesses, and create new opportunities.

Adding to this, Ambani in a separate video message said that together, the companies will accelerate India’s digital economy to empower, enable and enrich India. The question, however, remains whether the data of users and businesses from Facebook, WhatsApp and Instagram will be compromised in the process.

At the same time, with Jio working on blockchain network with thousands of nodes, and Facebook working on Calibra project aiming to cover 1.7 Bn unbanked around the world. Hopefully, the future of India’s blockchain technology might look promising in the coming years.

According to Deep Analysis report titled ‘Enterprise Blockchain – Market Forecast & Scenarios 2019-2024,’ the enterprise blockchain market is expected to touch $13.2 Bn by 2024. The report further said that the growth will be driven by blockchain infrastructure, business applications and consulting services. 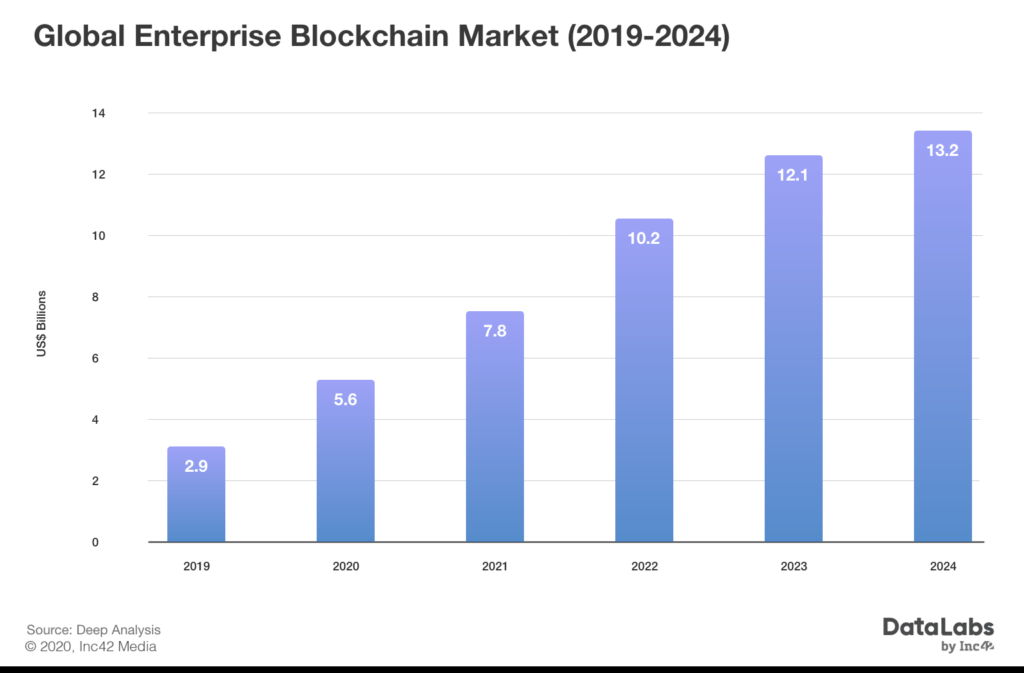 London-based tech company Everledger launched a blockchain-powered platform that will help India and US-based Shairu & Atit Diamonds to access diamond carbon footprint information. With this platform, all the stakeholders, including mining companies, diamond manufacturers, brands and retailers will be able to trace a diamond’s origin as well as to ensure that it has been cut and polished in a LEED-certified diamond cutting facility.

In the coming days, it will be available not only for diamonds, but also for gemstones, apparel and wine among other classes of assets. The US-based Fred Meyer and Littman Jewelers will be the first retailers to use this feature.

Jin Ge, general manager of blockchain platform at Ant Financial in a press statement said that the company aims to help one million SMEs and developers to innovate and explore more use cases in the next three years.

In a bid to safeguard content creators from the stringent terms & conditions of media platforms such as YouTube, Japanese advertising firm Dentsu in partnership with research Kadokawa Ascii Research Laboratories turns to distributed ledger technology (DLT). In other words, the duo wants to reward content creators via blockchain technology, particularly the secondary creators who comment on Anime videos and Manga via live streaming apps.