Will Linkage With UPI Turn Out To Be A Game-Changer For Credit Cards? 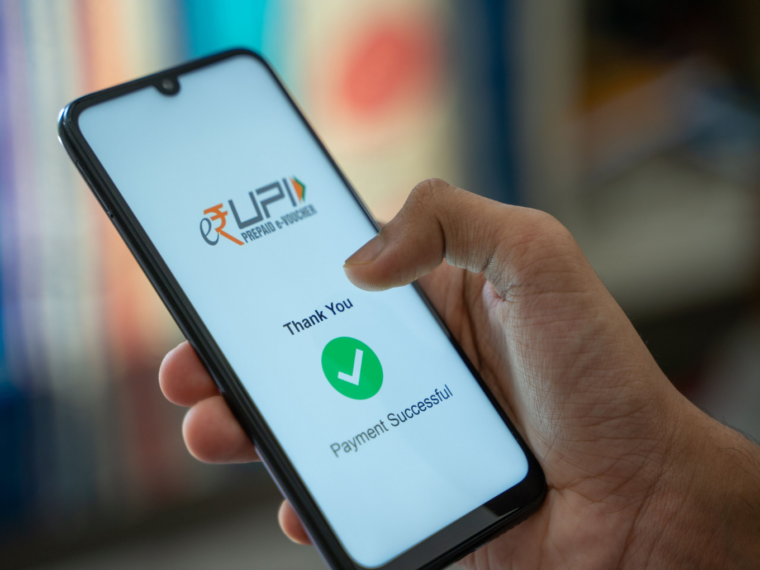 Till now, only debit cards were allowed to be linked with UPI. The move is expected to lead to a pick up in credit card transactions

The RBI said that it will start the facility with only Rupay credit cards. However, a larger impact will be seen when the facility is extended to Visa and Mastercard also

The fast-growing adoption of the Unified Interface Payment (UPI) may soon get a boost as the Reserve Bank Of India (RBI) has revealed plans to link credit cards with UPI.

In its ‘Statement on Developmental and Regulatory Policies’, released after the Monetary Policy Committee meeting on Wednesday, the RBI proposed to link credit cards with UPI. “To start with, Rupay credit cards will be enabled with this facility. This arrangement is expected to provide more avenues and convenience to the customers in making payments through UPI platform,” the central bank said.

However, the facility would only be available after the required system development is complete, the RBI said, adding that necessary instructions will be issued to the National Payments Corporation of India (NPCI) separately.

Will This Lead To Higher Utilisation Of Credit Cards?

According to Aashay Choksey, assistant vice president, financial sector ratings at ICRA, the move could lead to some of the upfront spending from savings/current accounts shifting to credit cards.

Ultimately, it will drive a higher card utilisation level. In addition, it will also increase spending per card for banks that operate a higher share of Rupay cards, Choksey added.

Of all the transaction mediums, credit cards have the lowest penetration rates (at 5.55%) in India, according to the RBI data. There were a total of 7.36 Cr credit cards in the country as of March 2022. Further, the volume of total credit card transactions was slightly over INR 1 Lakh Cr.

“In order to further deepen the reach and usage of UPI while keeping consumer preference at the epicentre, the RBI has offered an innovative solution to permit the linking of credit cards on to UPI platform. This will not only encourage consumers to continue making payments via UPI but also provide the benefit of short-term credit that credit cards extend,” Ramesh Narasimhan, CEO of payment services firm Worldline India, said.

The UPI recorded a 6% month-on-month growth in May to record 595 Cr transactions worth INR 10.4 Lakh Cr. The real-time payment system currently has 323 banks linked to it.

According to Deepti Sanghi, co-founder and CEO of corporate card provider Kodo, this is a win-win situation for both credit cards and UPI. “The acceptance infrastructure for credit cards can dramatically increase as merchants will be able to accept credit card payments over their UPI accounts,” Sanghi added.

Many corporate card customers of Kodo have requested the ability to link their cards to UPI to be able to make all kinds of payments related to their company expenses seamlessly, Sanghi added.

However, the facility also needs to be extended to Visa and Mastercard to include a large part of consumers. “This would also add on to safety with card data securely in hands of the users now and make the QR Code ubiquitous for debit card/account as well as credit card-based payments in times to come,” Dewang Neralla, CEO, NTT DATA Payment Services India, said.

For Shashank Kumar, CTO and co-founder, Razorpay, this is a significant move for small businesses in tier-II cities and beyond. The number of point of sales (POS) terminals in these cities is less than 10% of the total number of QR codes, he said.

“If this takes off, we would have 10x merchants accepting credit cards in India in a few years. This not only has the potential to provide a huge boost to the card ecosystem but also allows banks to leverage the UPI infrastructure to expand and spread card adoption in India,” Kumar said.

Ram Rastogi, chairman, Fintech Association for Consumer Empowerment (FACE), also echoed Kumar’s view. In case of remote places where POS is unavailable, it becomes difficult for credit card users to utilise the cards. However, with the help of UPI, they can easily utilise the credit facility by using a QR code. “This is a smart move by the RBI to expand the merchant-acquisition ecosystem,” Rastogi said.

However, it will only add a new revenue stream for credit card companies if a user defaults on payment, Rastogi added. While credit card issuers make money when users default on pay date, they also earn through merchant discount rate (MDR) from merchants.

Back in 2020, MDR fee for usage of debit cards on UPI was waived off. However, it is not clear yet if MDR would be charged for usage of credit cards through UPI.

Will BNPL Face A New Challenge?

The initiative has also raised questions if this move by the central bank would hurt the Buy-Now-Pay-Later (BNPL) players. According to Rastogi, it will decrease the number of credit card transactions which would have moved to BNPL over time for convenience.

However, he also added that due to different business models and easy availability of BNPL loans, the BNPL players will not face any significant challenge.

“As BNPL products are more targeted to the users who are not credit card users, it may not have any impact there. However, 10-15% overlap will always be there,” Bhavin Patel, co-founder and CEO of LenDenClub, said.