Will Bring E-Tron To India Despite Duty Setback At Budget, Says Audi

Will Bring E-Tron To India Despite Duty Setback At Budget, Says Audi 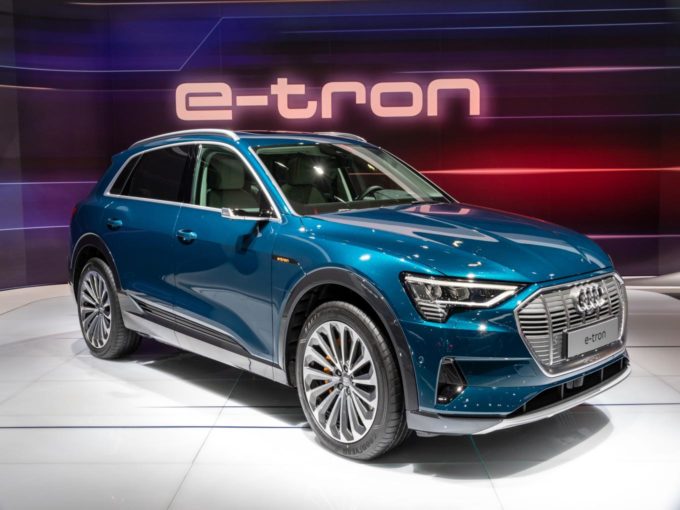 This year — just one month in — has so far turned out to be lucky for the electric vehicle ecosystem in India. After Tata Motors launched Nexon EV and announced plans to create an ecosystem for EV transition, German luxury carmaker Audi has said that it will be bringing its e-Tron premium electric SUV later this year to India.

The decision comes despite the hike in customs duty on import of electric vehicle parts announced in Saturday’s Union Budget.

“In terms of what has come in the budget, I don’t think it is going to impact our plans. There is no doubt that we are going to move towards electrification. We will bring e-Tron. This will come sometime later this year,” Balbir Singh Dhillon, head, Audi India was quoted as saying by Livemint. However, the auto giant is seeking clarity on some regulatory issues like battery disposal.

While announcing the Union Budget 2020, finance minister Nirmala Sitharaman proposed to increase basic customs duty on completely built units (CBUs) of EVs to 40% from the existing 25%, while the same on the import of semi knocked-down (SKD) form of electric passenger vehicles will be doubled to 30%.

Import of electric two-wheelers, buses, and trucks in the same form will attract 25% customs duty as opposed to 15% applicable currently. Customs duty on import of electric vehicles, in a completely knocked down form, has also been increased by five percentage points to 15%.

Maxon Lewis, cofounder, and MD of ChargeGrid, that manufactures and monitors EV charging systems told Inc42, “The Union Budget 2020 has no major announcement for EV as the traditional automotive industry at present is heavily invested in the transition to BS-VI and cannot be pushed to another disruption.”

The move comes in the backdrop of increasing cheap EV imports from China. While the intention of the proposal seems to be right, industry experts are sceptical of the impact it can have. The proposal shall not be favourable for the growth of the EV market in India, many industry experts said.

Dhillon added that e-Tron will not be a volume car and the company will not be selling it in thousands unless there is a very substantial effort by the government where import duties are substantially reduced.

On a positive note, Dhillon said, while there would be limitations to some extent due to high import duties, there is also an advantage as there is only 5 % GST on EV and in some states like Delhi and Maharashtra there is no registration tax. However, Dhillon added, the government must also consider supporting plug-in hybrid vehicles (PHEVs) as these are the intermediates to the journey from internal combustion engine technology to fully electric vehicles.

Audi India is currently focussing on training manpower and ensuring readiness for the components and spare parts for EVs.