Will Amazon Prime Give In To Censorship Demands After Tandav, Mirzapur Controversies?

Will Amazon Prime Give In To Censorship Demands After Tandav, Mirzapur Controversies?

The FIRs have been filed against Amazon on the grounds of hurting religious sentiments, abusive content and more 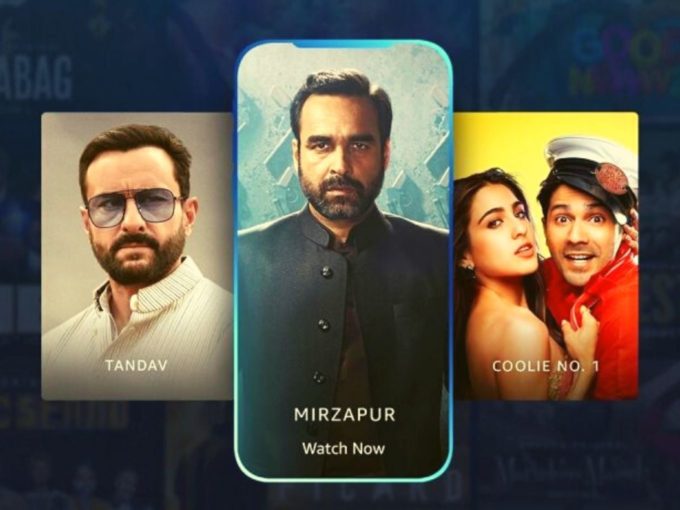 Amazon Prime Video faces legal heat after a series of FIRs and legal challenges have been filed against its controversial web series Tandav and Mirzapur in Maharashtra and Uttar Pradesh. Following this, the information and broadcasting (I&B) ministry is said to have summoned Amazon India executives in relation to the controversies.

The development came to light after several Bharatiya Janata Party (BJP) leaders alleged Saif Ali Khan-starrer web series Tandav was hurting Hindu religious sentiments, urging authorities to remove the content.“I have decided to write a letter to Union Minister Prakash Javadekar regarding this issue and will also mention that all the OTT platforms must be brought under censorship,” said BJP leader Ram Kadam.

Stating that strict action should be taken against the actor, director and producer of Tandav, Kadam added, “One of the actors has used Lord shiva’s Trishul and Damru in an objectionable manner, which has hurt the sentiments of Hindus,” The BJP leader earlier had claimed to file an FIR, but was detained at the Mumbai police station.

Another BJP leader Kapil Mishra took the issue to Twitter, where he stated that he has issued a legal notice to Amazon India to immediately remove Tandav from its platform or face criminal actions.

The makers of Tandav had issued an apology statement and said that any alleged offensive content is purely unintentional, as the show is only a work of fiction.

Mirzapur Continues To Face Push Back

In a separate case earlier today (January 19, 2021), another FIR was filed against the makers of Mirzapur for allegedly showing Uttar Pradesh’s district with the same name in a bad light.

According to The Wire, one of the complainants against Amazon’s Mirzapur show lodged by a local journalist Arvind Chaturvedi at Mirzapur’s Kotwali (Dehat) police station stated that the show hurts religious sentiments, promotes social enmity, showcases abusive content and presents illicit relationships on the screen.

In the backdrop of these controversies, there are some fears that the OTT platforms will soon come under the censorship regime of mainstream films and shows. Shows such as Netflix’s Indian original series Leila and Sacred Games have come under the scanner from some groups in India and are facing court challenges over alleged offensive content and insulting remarks.

Previously, even Netflix’s series A Suitable Boy made headlines for the same reason, ‘hurting religious sentiments.’ Also, when Netflix released its docuseries called Bad Boy Billionaires, one of the episodes portraying B Ramalinga Raju was removed from the show because of the court orders.