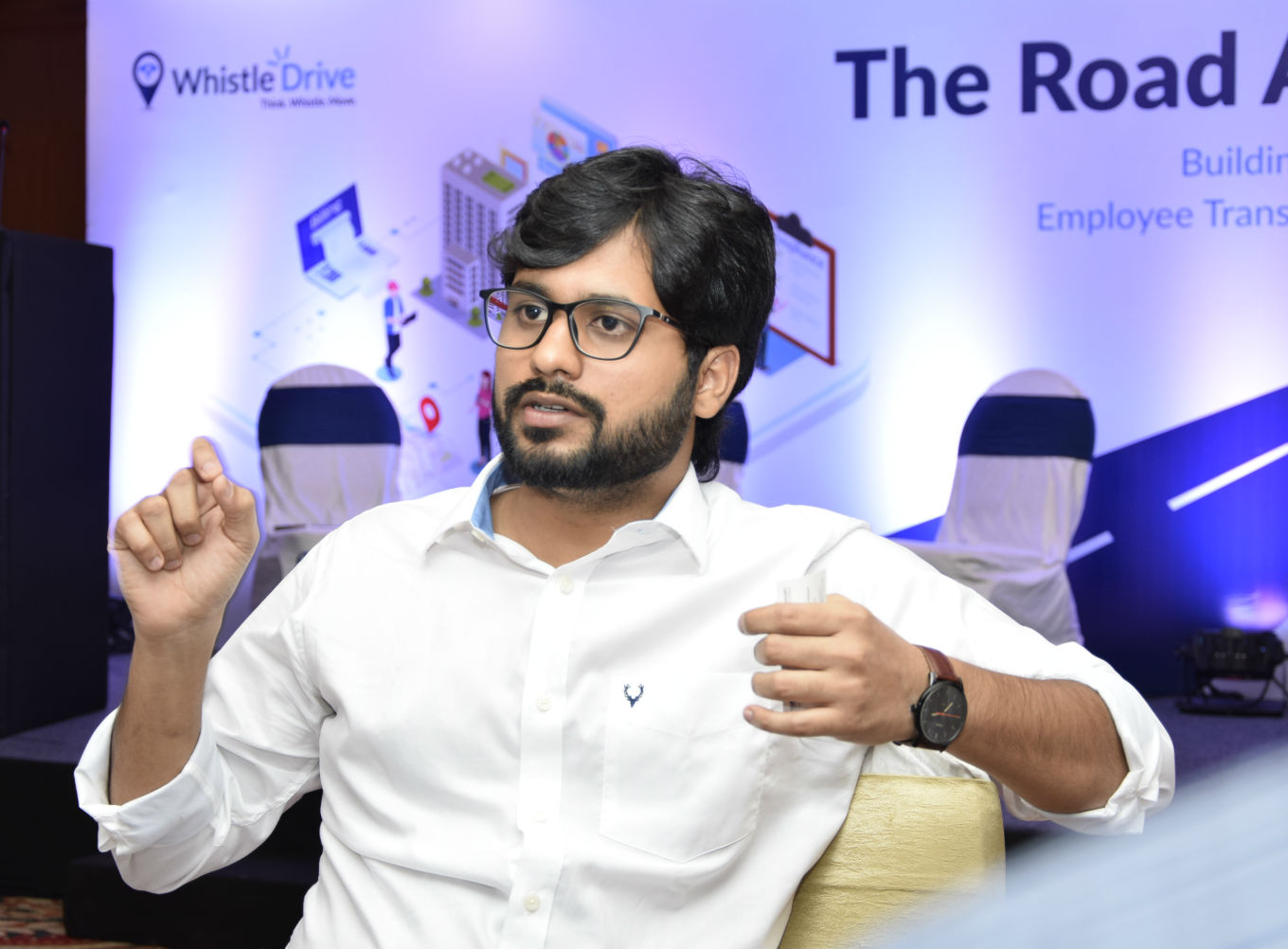 Hyderabad-based mobility tech startup WhistleDrive has raised $10.1 Mn (INR 72 Cr) in a Series B funding round from Chicago-based Colosseum Group.

Rakesh Munnanooru, founder and CEO of WhistleDrive said that the company’s target is to grow 10x with this series B investment. In the next 12 months, the company is looking to enter two new cities and operate, expand fleets and fast-track customer acquisitions.

Prior to this round, the company has raised INR 5 Cr from Colosseum Group.

The company claims that its tech-platform, Whistle Tech, allows corporates to automate the entire transportation process resulting in significant cost savings and also improve employee satisfaction via a reliable, comfortable and secure ride to work. The company says that its clients record more than 1 Lakh trips a month to transport more than 15,000 employees to their offices, every day.

Shailendra Tipparaju, chairman of Colosseum Group said, “WhistleDrive team’s mission and execution echo the core of Colosseum Group’s value system. In addition to the significant value they add to the transportation industry via their well-built scalable solution.”

The State Of Employee Transportation In India

According to industry estimates, the number of IT direct workforce in India is pegged at about 3.9 Mn, of which 1.1 Mn use transport arranged by the company. The transportation sector in India is currently valued at a whopping $16 Bn, of which about $2.5 Bn is spent directly by Indian corporates.

According to DataLabs by Inc42, transport tech has recorded 187 deals to raise $4.64 Bn between 2014-H1 2019. India’s transport tech is one of such sectors that have started gaining interest from investors. India has multiple transport tech startups, 513 to be precise as of November 2018 according to Inc42’s — The State of The Indian Startup Ecosystem 2018 report.

According to a 2017 report, the employee transportation sector has gained attention from investors due to the erratic public transportation system across various regions in India, lack of infrastructure for green mass-transit initiatives and passenger safety issues in public and semi-public transport such as buses, autos, suburban railway, metro or the app-based cab services.

Apart from safety and convenience, employee transportation is also cost-effective. It also helps in controlling vehicular emissions as it facilitates transportation of a large number of passengers.

The company faces competition from MoveInSync Technology Solutions, which helps companies manage their employee transportation in a cheaper and more efficient manner with the use of state of the art technology.

Gurugram-based Shuttl also offers similar services. It offers app-based office shuttle service across major cities such as Kolkata, Hyderabad, Pune, Mumbai, Delhi-NCR, Bengaluru, Chennai, and Jaipur. It allows its users to book buses by choosing the pickup and drop point through its app.