As Per The Notice, The Messenger App Has Been Given 15 Days To Remove The Objectionable Emoji 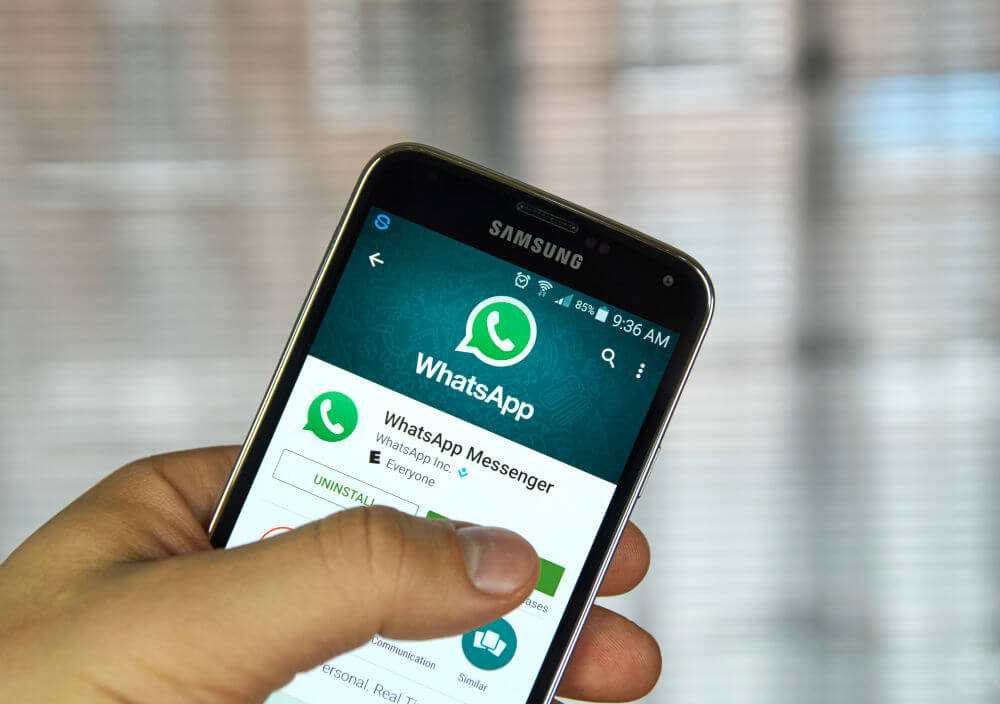 Instant messaging platform WhatsApp has been sent a legal notice for its offensive “middle finger” emoji. In the legal notice, Delhi-based advocate Gurmeet Singh has asked the company to remove the objectionable emoji within 15 days.

According to Singh, showing the middle finger, even on a virtual platform, is not only illegal but is an “obscene” gesture.

The notice stated, “Showing of middle finder is not only offensive but a highly belligerent, invasive, obscene, lewd gesture.”

An emoji, for the uninitiated, is an ideogram commonly used in electronic messaging. Like emoticons, it can include facial expressions, common objects, places and types of weather and animals, to name a few.

Singh further added, “As per the Indian Penal Code Sections 354 and 509, it is an offence to show obscene, lewd, offensive gestures to females. Use of a lewd, offensive, obscene gesture by anyone is hereby illegal also as aforesaid. As per section 6 of the Criminal Justice (Public Order) Act, 1994 showing of the middle finger is also an offence in Ireland.”

“By offering to use middle finger emoji in your app, you (WhatsApp Inc) are directly abetting the use of offensive, lewd, obscene gesture,” the notice went on to state.

As per the notice, WhatsApp has been given 15 days to remove the offensive middle finger emoji. Failing to do that would result in a civil or criminal case against WhatsApp.

WhatsApp’s Previous Run-ins With The Law

Interestingly, this isn’t WhatsApp’s first run in with the law, nor has it been the first controversy that the instant messaging company has been embroiled in. Last month, the Securities and Exchange Board of India (SEBI) asked India’s top two stock exchanges – NSE and BSE Ltd – to write to over 24 companies whose earnings figures as well as other key financial information were leaked ahead of their earnings announcement on WhatsApp and social media.

The issue came to light on 17 November, when a Reuters report identified 12 companies whose second quarter earnings were being circulated in private WhatsApp groups. Nearly half of these companies were part of Nifty 50.

Earlier in September, the five-member bench of the Supreme Court of India reportedly ordered Facebook and Whatsapp to file sworn declarations as to whether they have partaken in any kind of data sharing activities with third-party entities.

Both WhatsApp and Facebook, however, denied such allegations, stating that neither companies had shared any data with foreign entities.

According to senior advocate Kapil Sibal, who was representing WhatsApp at the time, the only information that the messenger app had shared with its holding company Facebook pertains to the user profile picture, device details, last access details, and phone numbers.

India: The Biggest Market Of WhatsApp

Incorporated in 2009 by former Yahoo employees Brian Acton and Jan Koum, WhatsApp currently has over 1.3 Bn active monthly users globally. Since being acquired by Facebook in 2014 for $19 Bn, the app has grown swiftly, reaching 1 Bn daily active users this July.

The platform is used to send more than 55 Bn messages and over 4.5 Bn photos every day. Nearly 1 Bn videos are also shared daily via WhatsApp. The app supports 60 different languages.

Interestingly, since February when WhatsApp crossed 200 Mn users in India, the country has been the app’s biggest market. In September this year, WhatsApp for Business made its debut in India with a collaboration with online ticketing platform BookMyShow. As part of the partnership, BookMyShow is now sending its users confirmations on WhatsApp for booked tickets.

Besides BookMyShow, WhatsApp is also reportedly in talks with cab aggregator Ola and hotel rooms aggregator OYO, along with some airline companies for its WhatsApp for Business programme.

The company is also preparing to enter India’s digital payments sector. To that end,  approached SBI and NPCI for enabling UPI payments on its digital wallet in June this year.

Earlier this month, foodtech unicorn Zomato also came under the fire for placing offensive outdoor banner ads, depicting the letters “BC., MC.” that are short for expletives in the Hindi language. How WhatsApp chooses to deal with the legal notice over the objectionable middle finger emoji remains to be seen.