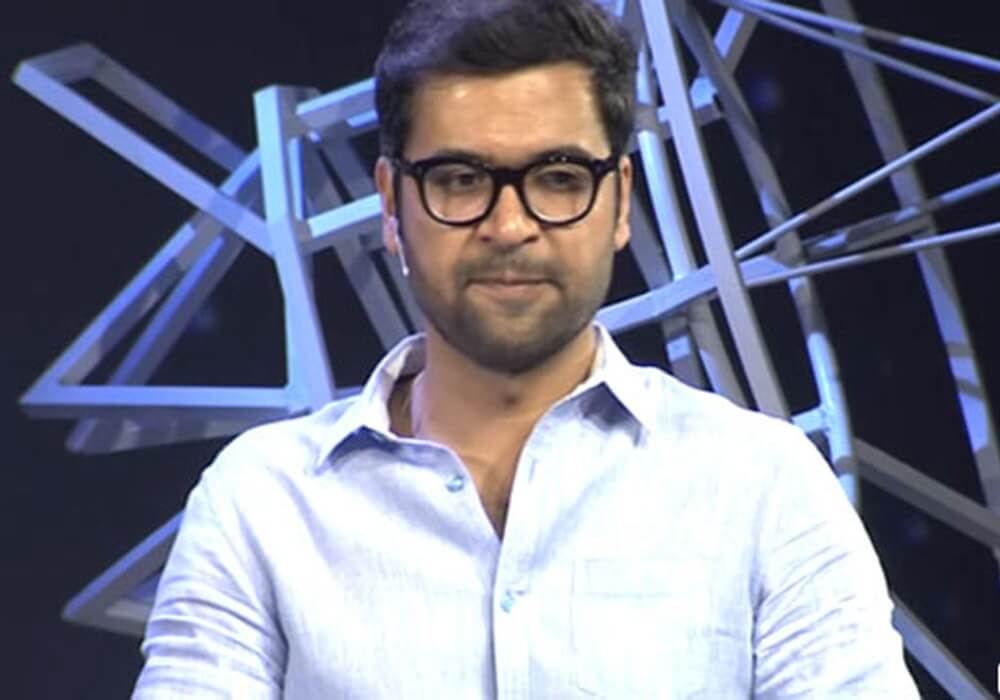 While Facebook continues to play defence on its commitment to data privacy, WhatsApp co-founder and CEO Jan Koum has decided to move on from the company.

In an emotional Facebook post, Koum wrote, “I’m leaving at a time when people are using WhatsApp in more ways than I could have imagined. The team is stronger than ever and it’ll continue to do amazing things.”

Talking about his plans, Koum shared that he is taking some time off to do things, “I enjoy outside of technology, such as collecting rare air-cooled Porsches, working on my cars and playing ultimate frisbee.”

However, he added, “And I’ll still be cheering WhatsApp on – just from the outside. Thanks to everyone who has made this journey possible.”

The reports of Koum leaving Facebook first emerged when The Washington Post reported his plans to depart “after clashing with its parent, Facebook, over the popular messaging service’s strategy and Facebook’s attempts to use its personal data and weaken its encryption”.

In his goodbye post, Koum also remembered his journey with WhatsApp. “It’s been almost a decade since Brian and I started WhatsApp, and it’s been an amazing journey with some of the best people. But it is time for me to move on. I’ve been blessed to work with such an incredibly small team and see how a crazy amount of focus can produce an app used by so many people all over the world.” 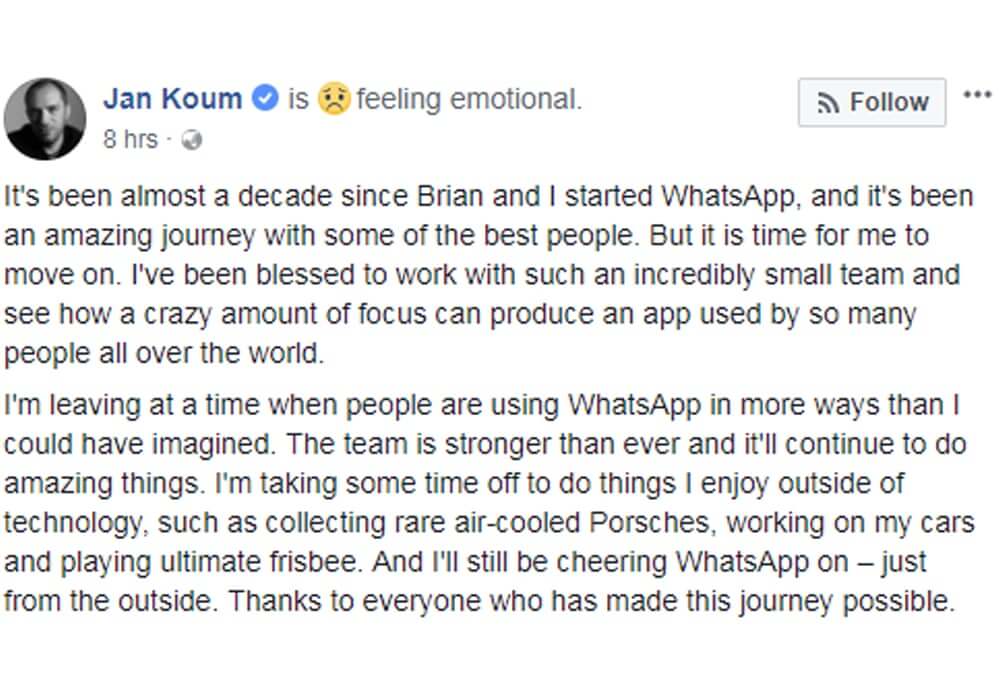 The post got an instantaneous reply from Facebook CEO Mark Zuckerberg who said, “Jan: I will miss working so closely with you. I’m grateful for everything you’ve done to help connect the world, and for everything you’ve taught me, including about encryption and its ability to take power from centralised systems and put it back in people’s hands. Those values will always be at the heart of WhatsApp.”

As the company recovers from the goodbye, TechCrunch reported that the “one possible candidate for the CEO role would be WhatsApp business executive Neeraj Arora, a former Google corporate development manager who’s been with WhatsApp since 2011 — well before the Facebook acquisition.”

He is supposedly number four at WhatsApp. The report claimed that Koum had been considering leaving for a year.

Another WhatsApp co-founder Brian Acton had left Facebook in November and has been a staunch supporter of #DeleteFacebook movement since then.

Recently, Facebook has also suggested that there might be another Cambridge Analytica data leak happening as it said more “instances of misuse of user data or other undesirable activity by third parties” is expected.

In light of Facebook data breach, the company has come out with new services guidelines with an updated data collection policy in which the company has added more privacy controls. The updated policy states how and why they collect the user data.

The company is changing its terms to minimise the number of users covered by the new EU privacy law, GDPR. It plans to make the case for only European users to take effect on May 25, this year.

With Jan Koum leaving WhatsApp at the time when Facebook has a huge breach of trust happening, the company looks to be in muddle as with the higher commands of Facebook losing trust in the company, retaining users’ trust will get harder.