WhatsApp Business Plans ‘Shopping Experience’, But India Will Have To Wait

WhatsApp Business Plans ‘Shopping Experience’, But India Will Have To Wait

The platform has unveiled a shopping button globally, to launch in India later

The company has announced its intentions of allowing users to add items to a shopping cart and check out, all within WhatsApp

With the launch of its shopping button and digital payments option, WhatsApp offers a strong alternative to ecommerce platforms in India 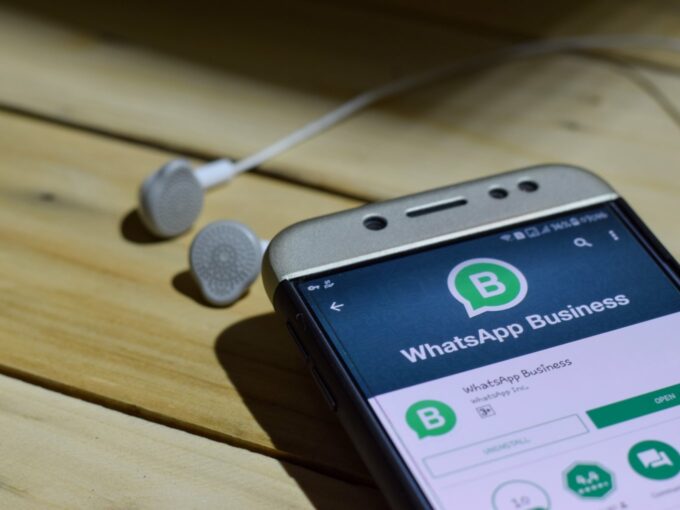 Facebook-owned messaging platform WhatsApp may have embarked upon a path to disrupt the ecommerce market in India and around the world. To do this, the platform has announced its plans of revamping its WhatsApp Business platform, which currently allows users to make business accounts, chat directly with customers, receive orders, take complaints, among other things.

The platform has launched a shopping button globally but will launch it in India sometime later. The company has announced its intentions of allowing users to add items to a shopping cart and check out, all within WhatsApp.

It is worth noting that WhatsApp’s digital payments platform WhatsApp Pay has been stuck in limbo in India since its beta launch in 2018, and is awaiting final approval from the Reserve Bank of India (RBI) for its full-scale launch in the country. The platform has reportedly partnered with several Indian banks to facilitate payments through the Unified Payments Interface (UPI) network on the platform.

With the launch of its shopping button and digital payments option, WhatsApp could give Indian sellers who’d rather opt for a direct-to-customer (D2C) model for their business, an alternative to the prevalent choice of selling their wares through ecommerce platforms such as Amazon and Flipkart.

In July, WhatsApp claimed that there were 50 Mn WhatsApp Business accounts globally, of which 15 Mn were from India. The company had announced its plans of providing businesses with QR codes. The QR codes could be displayed on a business’ storefront or their product receipt and packaging material. Instead of having to save a business’ number and then starting a chat, users could simply scan the QR code to initiate a WhatsApp chat with the business. Last year, the company introduced the catalogue feature for WhatsApp Business, allowing businesses to showcase and share the goods or services they offer, which can help them close sales.

The messaging platform now plans to expand the portfolio of offerings for WhatsApp Business. The company plans to provide businesses with the option to manage their WhatsApp messages via hosting services that Facebook plans to offer.

“This will make it easier for small and medium-sized businesses to get started, sell products, keep their inventory up to date, and quickly respond to messages they receive, wherever their employees are,” WhatsApp says.

The company plans to expand its partnerships with business solution providers and will charge users of WhatsApp Business if they choose to avail such advanced services.

Regarding the feedback it has received in India for WhatsApp Business, the company says that an overwhelming percentage of users, more than 70%, have agreed that messaging is a quick and easy way to communicate with a business, as compared to calling the company’s customer care number, getting a complaint filed and then patiently waiting for its resolution.

As it scales up the offerings for WhatsApp Business, the Facebook-owned messaging platform will directly feed into the growth of businesses who’re trying to pivot their business to a pure-play D2C model.

Boosted by the rise of digital payments, data penetration, and the big push for online commerce during the Covid-19 lockdown, more brands are going the direct-to-consumer (D2C) route, looking to control the whole stack with vertical integration — just like tech companies

D2C adoption in India also has been quite promising; the average revenue surge between 2018 and 2019 for 11 prominent D2C startups including The Man Company, Yoga Bar, NUA, The Moms Co and others was 213%

However, the pure-play D2C model seems like a pipe dream in the Indian context, owing to the complexities of the market.

In pure-play D2C, products go from factories to consumers with no third-party involvement in the chain. Besides eliminating middlemen or intermediaries, it also means controlling logistics and online reach. In a market like India, that is next to impossible, especially on the first-mile and last-mile logistics front given the complexities involved in that. Battling the reach of the competition listed on ecommerce channels is also no mean feat. Which is why D2C brands often put the pure-play vision on the back burner and look to make the best of the situation by creating engagement channels.

Meanwhile, earlier this year, India’s antitrust watchdog, the Competition Commission of India stated in a report that the Indian ecommerce industry, fuelled by the increased penetration of smartphones and the internet in Tier 2 and Tier 3 cities, is the fastest growing in the world, projected to clock a revenue of $120 Bn this year.