[What The Financials] Reliance Jio Profits, ARPU Up In Q2 Amid Steady User Growth

[What The Financials] Reliance Jio Profits, ARPU Up In Q2 Amid Steady User Growth

As market leader Reliance Jio holds a 35.03% share of the Indian telecom market with 78.09% active users 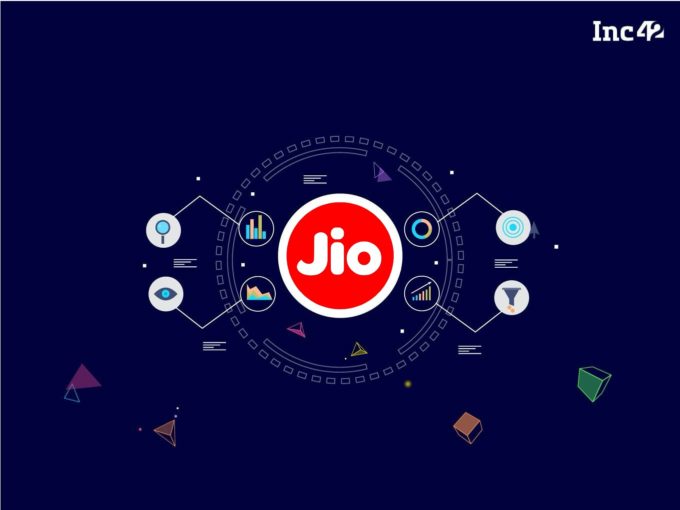 While coronavirus has changed life in a negative way for many this year, 2020 has definitely been a great year for Mukesh Ambani-led Reliance and Reliance Jio. Besides turning net-debt free, Reliance is also one of the most valuable Indian companies today. The growth had been spurred by Reliance’s digital business Jio Platform, which raised INR 1.52 Lakh Cr ($20 Bn) from marquee investors like Google, Facebook, Qualcomm and several Middle Eastern sovereign funds in just three months.

Beyond the investment, Jio Platforms has been basking in the glory of a massive spike in the user base of its growing network of digital apps. One of the biggest businesses in Reliance’s digital gig is its telecom unit Reliance Jio Infocomm, which became the biggest telecom network in India surpassing VI (Vodafone Idea) in October 2019.

The company’s financial performance for the financial year between April 2019 to March 2020 also saw similar growth.

Consolidated, Reliance Jio earned about INR 54,493 Cr from its operations, while the other INR 96 Cr were warned from other sources like interest on fixed deposits, gain on investments and other non-operating sources. The company had earned INR 40,876 Cr from revenue and INR 10 Cr from other sources in FY2019. The company’s operational revenue comes from sale of services.

The company seems to be on track to close out FY2021 with much higher revenue given its performance in FY2021 so far.

Reliance Jio’s average revenue per user (ARPU) has gone up to INR 140, during Q1 of FY2021. The company’s ARPU rose to INR 145 in the second quarter of FY 2021, which by itself is a huge contribution to the revenue and profit margin given Jio’s massive user base.

Interestingly, Jio has a user base of 400 Mn (July) of the overall 504 Mn active internet users in India. All may not be Jio subscribers but it does own a major chunk of the market.

Over last year, Reliance Jio was the only telecom network, which consistently added subscribers monthly while others were losing. The Jio network had 280 Mn users in December 2018, growing to 376 Mn users by January 2020.

Where Has Reliance Jio Been Spending?

According to Reliance Jio Infocomm’s consolidated financial statement for FY2020, the company spent nearly INR 7,474 Cr on assets as depreciation, depletion and amortisation expense. Compared to last year’s INR 6,470 Cr, the company has noted a 15% hike in this asset-related expense. Finance cost was another major expense for Reliance Jio, where it spent INR 6,617 Cr versus INR 4,148 Cr spent in FY2019.

The company’s other expenses for FY2020 were at INR 31,264 Cr, which included INR 6,707 spent on power and fuel, INR 7,734 spent on rent, INR 1,146 Cr for repairs maintenance cost of assets and INR 212 Cr as after-sales expenses. The company also accounted INR 14,565 Cr as miscellaneous expenses, which includes INR 5,721 as spectrum charges and license fees.

Just like other telecom companies, Reliance Jio too was liable to pay the adjusted gross revenue (AGR) dues in view of the Supreme Court judgment dated October 24, 2019. The company, in its financial statement, highlighted that it paid INR 195 Cr towards the liability in respect of license fees/spectrum usage charges for the period 2010-11 to 2018-19 and recognised the said expense as an Exceptional item INR 146 Cr (net of tax).

Earlier, Jio Infocomm’s parent entity Jio Platform (standalone) had recorded a revenue of INR 4.60 Cr during its first years of operations. The entity has recorded a profit of INR 4 Lakh with expenses of INR 4.56 Cr.

It spent INR 1.85 Cr as employee benefit expenses, INR 6 Lakh as depreciation and amortisation expenses and INR 2.65 as other expenses in the same time period. On a consolidated basis, the company reported a total income of INR 1.75 Lakh Cr and a profit of INR 2,520 Cr for the first quarter of FY2021.