Its employees will join Flipkart Group, and CEO will take up another role in Walmart over the next year 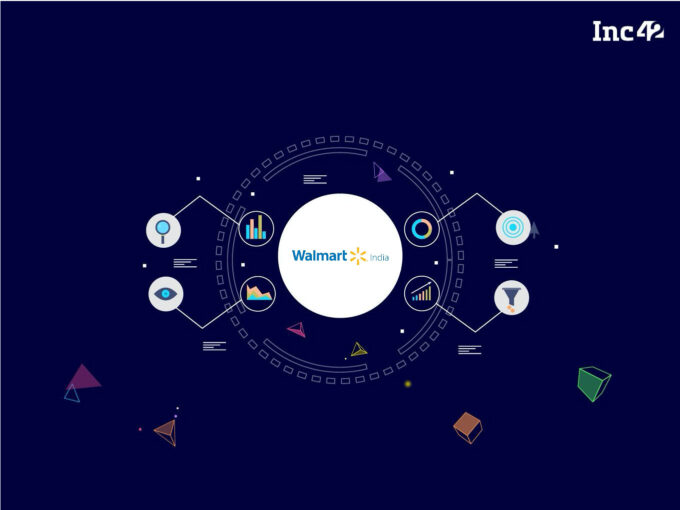 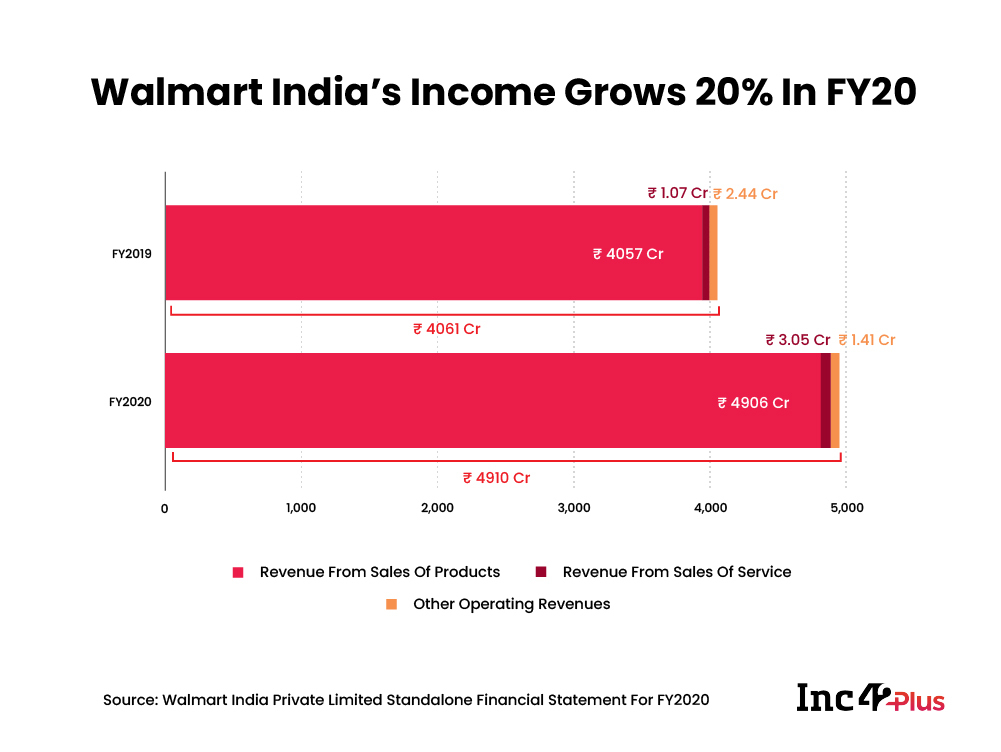 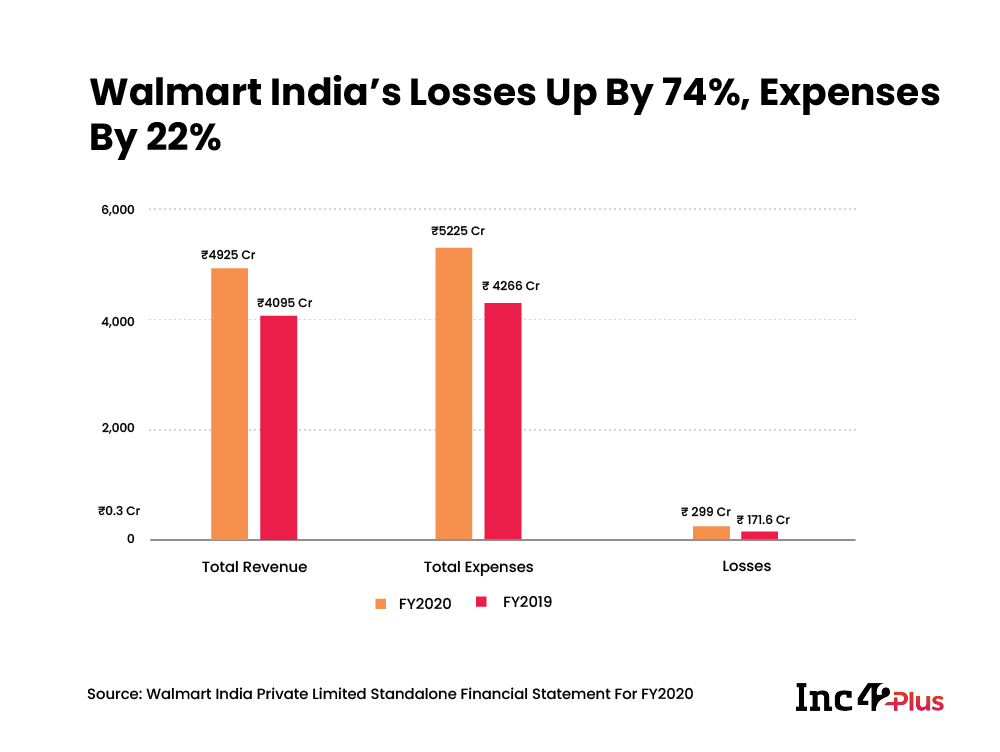 Walmart India spent INR 4,451 Cr in purchasing stock-in-trade, which translated to about 85% of the company’s total expenses. Last year, the company had spent 88% of its expenses on the same. Purchase of stock-in-trade has always been one of the major areas of expense for Walmart India as these are finished goods that help the company in conducting its business.

The retailer also spent INR 349 Cr as employee benefit expenses in FY2020, noting a minor 12% increase from INR 309 Cr spend in the previous fiscal year. In the financial year ending in March 2020, Walmart paid INR 287 Cr as salary and contributed INR 19 Cr in provident and other funds. In FY2019, the company had paid salaries and wages worth INR 265 Cr with INR 16 Cr as a contribution to provident and other such funds. 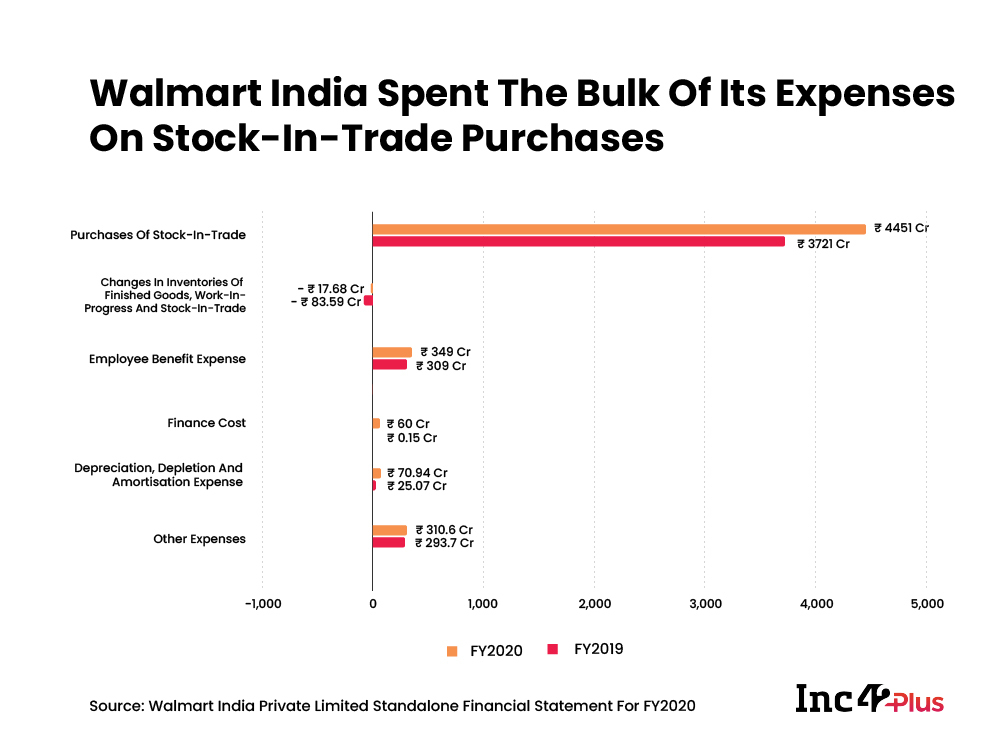 Walmart India’s Last Year In Operation As An Individual Entity

Walmart entered India in 2009 and expanded its presence to over 28 B2B wholesale stores Best Price under the cash-and-carry model. It sourced products from smallholder farmers and regional suppliers and sold it to local kirana stores, hotels and catering firms.

It is also important to note that Walmart India is no longer an individual entity in India, after its operations were acquired by Walmart subsidiary Flipkart in July 2020. The ecommerce giant will use Walmart India’s reach and network to expand its latest B2B offering ‘Flipkart Wholesale’ in a bid to presence in the food and retail segment. Walmart India employees will join Flipkart Group and the home office team will integrate over the next year, while Walmart India CEO Sameer Aggarwal will move to another role within Walmart.

At the time of the acquisition, the company assured that the Best Price brand will continue to serve its 1.5 Mn customers through its omnichannel network of stores and ecommerce ventures. But Flipkart is reportedly exploring ways to consolidate Walmart operations in India, and it may do so by shutting down unviable ‘Best Price’ stores or turning them into warehouses with greater focus on ecommerce operations.

The company had acquired 81.3% stake in Binny Bansal and Sachin Bansal founded ecommerce platform Flipkart for $16 Bn in 2018. A Euromonitor report titled Top 100 Retailers in Asia has ranked Walmart as the number one player in India’s retail companies, because of the Flipkart acquisition.