[What The Financials] PolicyBazaar Stuck In Losses In FY20; Ad Spending Balloons Amid 33% Higher Expenses

[What The Financials] PolicyBazaar Stuck In Losses In FY20; Ad Spending Balloons Amid 33% Higher Expenses

On a consolidated basis, the company’s expenses touched INR 1150 Cr, with advertising costs making up for 38% of it 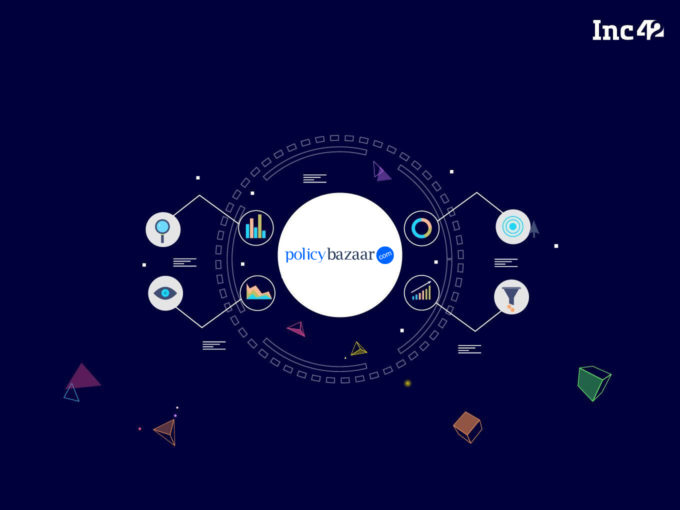 Online insurance aggregator platform PolicyBazaar has reported a consolidated revenue of INR 854.7 Cr in the financial year that ended in March 2020, representing a whopping 147% spike from FY2019’s INR 345.8 Cr. Despite this, the company could not avoid sliding into the red for a second straight year.

According to the consolidated financial statement of PolicyBazaar’s parent company PB Fintech, PolicyBazaar’s revenue growth came with 33% increase in expenses to INR 1,149 Cr, leading to a loss of INR 304 Cr.

On a standalone basis, PolicyBazaar had the biggest contribution to consolidated revenue, followed by PaisaBazaar.

Paisabazaar reported INR 229 Cr revenue with total expenses of INR 252.9 Cr. The advisory platform reported a 4.1% increase in losses to INR 101.1 Cr from INR 97.3 Cr reported in the previous year.

Founded in 2008 by IIT Delhi and IIM Ahmedabad alumni Yashish Dahiya, Alok Bansal and Avaneesh Nirjar. It has raised about $626.6 Mn till date from investors like SoftBank, Inventus Capital, Tiger Global Management, PremjiInvest, Wellington Management and Tencent Holdings, among others. SoftBank pumped in $130 Mn into the company back in July 2020, valuing it at $1.5 Bn.

In mid 2020, PolicyBazaar was hit by the realisation that it was actually burning cash by spending heavily on advertising costs, which did not materialise in users. The company had turned profitable in FY2017, but was back in losses a year later. CEO Yashish Dahiya said last year that the huge influx of venture capital led the company into losses as it got a little more callous about spendings especially on advertising.

The company was spending just over INR 10 Cr on advertising in FY2017, but this grew 3X in FY2018 and then a further 11X to reach a staggering INR 345.8 Cr in FY2019. This ate into the unit economics of the company and led to loss-making years.

The same stands true for FY2020. PolicyBazaar’s consolidated entity spent about 38.7% of its total expenses, or about INR 445.21 Cr, on advertising and promotional expenses. Compared to FY2019, the company reduced its spending in this domain by 1.3% but the cost had actually increased by 28.7%.

The spending on employee benefits continued to make up for around 40% of the total expenses, amounting to INR 520.84 Cr in FY2020 and INR 397.62 Cr in FY2019. The company spent the rest 16% on other factors such as information technology expenses, intellectual property rights fee, internet and network costs and finance costs, among others.

However, it is important to note that the company claims to be on track to turn things around by March 2021 and hit profitability once again. Dahiya claimed in July 2020 that the company will cut down on marketing expenses and focus more on health and motor insurance.

The overall insurance penetration in India has reached about 3.71% of the gross domestic product (GDP) in FY2019. In order to boost the segment further and ensure deeper penetration, the Indian finance minister has proposed to increase permissible foreign direct investment (FDI)  limit from 49% to 74% in insurance companies.

However, majority of directors on the boards of such companies and key management persons will have to be residents of India, with 50% directors being independent directors and a specified percentage of profits being retained as general income. The move will allow foreign ownership of insurance companies in India, but with Indian management.

According to an IBEF report, the global insurance industry was expected to reach $280 Bn by the end of 2020, with the life insurance segment poised to grow 14%-15% in the next three-five years. Some big players in the Indian insurance segment are Coverfox, Acko, Digit Insurance, BimaPE, Turtlemint and others.

Flipkart cofounder Sachin Bansal has also been working towards making a big impact on the Indian fintech and insurtech segment with his current company Navi Technologies.

An Inc42+ report, “Decoding Navi And Sachin Bansal’s $100 Bn Ambition” published in September, talked about Bansal’s strategies behind acquisitions, both with Flipkart earlier and now with Navi. The author found that while acquisitions at Flipkart were to plainly fast track the growth of the business, meanwhile Navi’s acquisitions have been operations-centric to fulfill key regulatory requirements for banking.