[What The Financials] MakeMyTrip’s Q1 Revenue Surges 3.14% Thanks To Indians Holidaying Abroad

[What The Financials] MakeMyTrip’s Q1 Revenue Surges 3.14% Thanks To Indians Holidaying Abroad

The revenues continue to be steady and growing, in both Y-o-Y and Q-o-Q terms 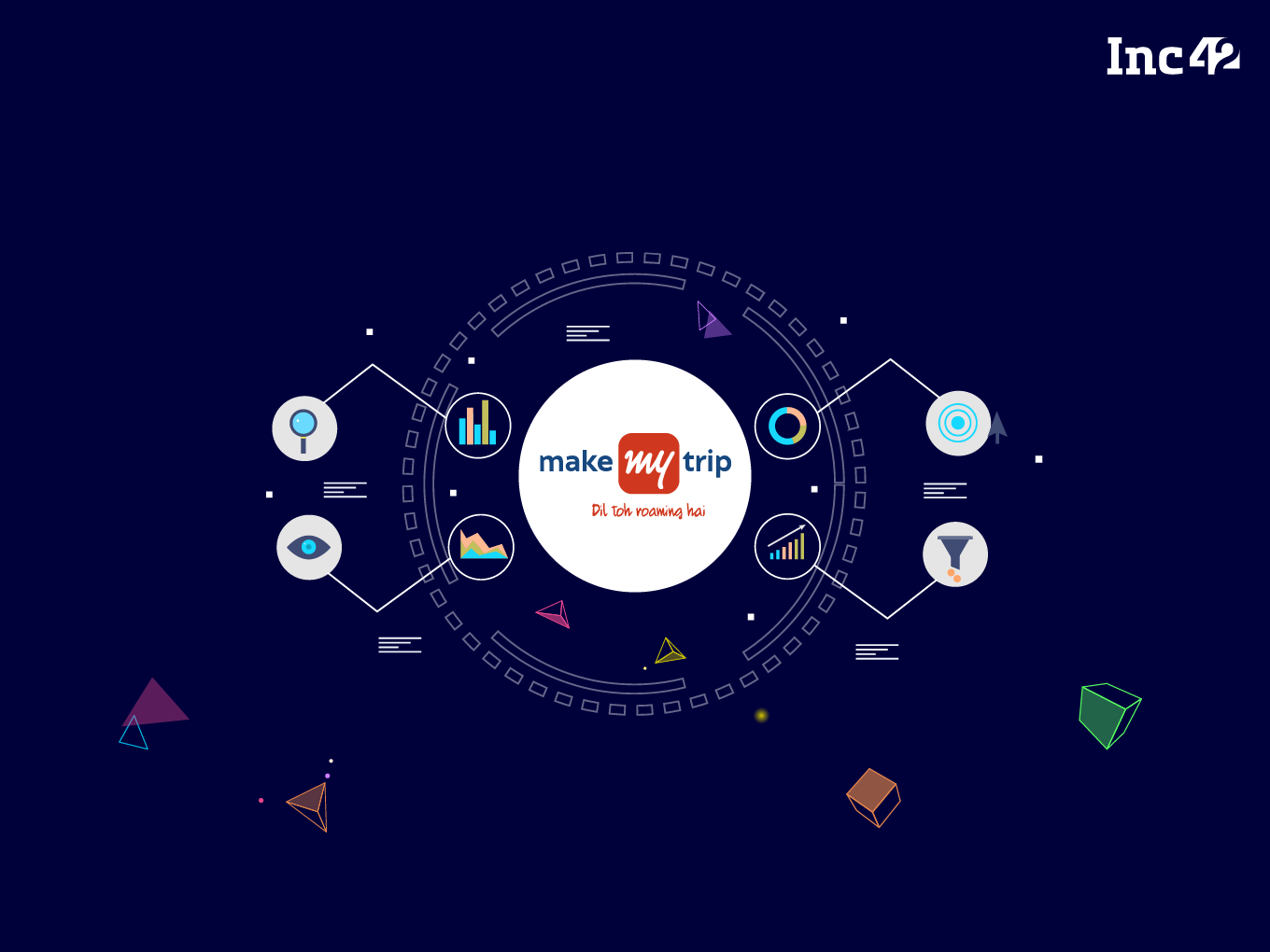 Gurugram and New York-headquartered online travel aggregator MakeMyTrip has announced its financial performance for the first quarter of fiscal year 2020. The company has reported that it continued to narrow down its losses on Y-o-Y basis but failed to improve it on Q-o-Q basis.

Deep Kalra, group CEO, MakeMyTrip said, “Our continued focus on outbound travel and other high growth segments has allowed us to grow faster than the domestic market growth while we narrowed our operating losses year over year.”

Narrowing down on the performance of key contributors to its revenue, the company’s major source of revenue continued to be hotels and packages, bringing a 48% share of revenue at $68.5 Mn. However, analysing Y-o-Y share of revenue, we noted that the percentage share of hotels, air and bus has fluctuated in FY 19.

Founded in 2000 by Deep Kalra, MakeMyTrip functions as an online travel aggregator. Its services include  air ticketing, hotel and alternative accommodation bookings, holiday planning and packaging, rail ticketing, bus ticketing, car hire and ancillary travel requirements. On August 17,  2010, MakeMyTrip Limited was listed on the NASDAQ after its initial public offering at $14 per share.

MakeMyTrip attributed this to the favorable impact of foreign currency translation due to the depreciation of the Indian Rupee against the US dollar in the quarter ended June 30, 2019.

During the earnings call, Kalra highlighted MMT’s business travel strategy, sharing details of the pilot during the quarter of an “online end-to-end enterprise grade solution” for large corporates. This pilot came after MakeMyTrip acquired Quest2Travel in May, which marked its entrance into the corporate travel space. The company says it has signed up several large corporates in India to use the technology.

It also shared the launch of rPool, a car-pooling application by RedBus, to help daily commuters and ease urban congestion. Overall the company says it is confident about the “long-term growth opportunities” with India’s increasing internet penetration, developing digital and payments ecosystem and young population all helping to drive consumers to online platforms.

Despite a positive outlook, the company’s stock has been falling since it announced the results. Despite a great initial start after the results came, in last three days, the stock has fallen by 6.94% as on August 2, 4 PM US Time.