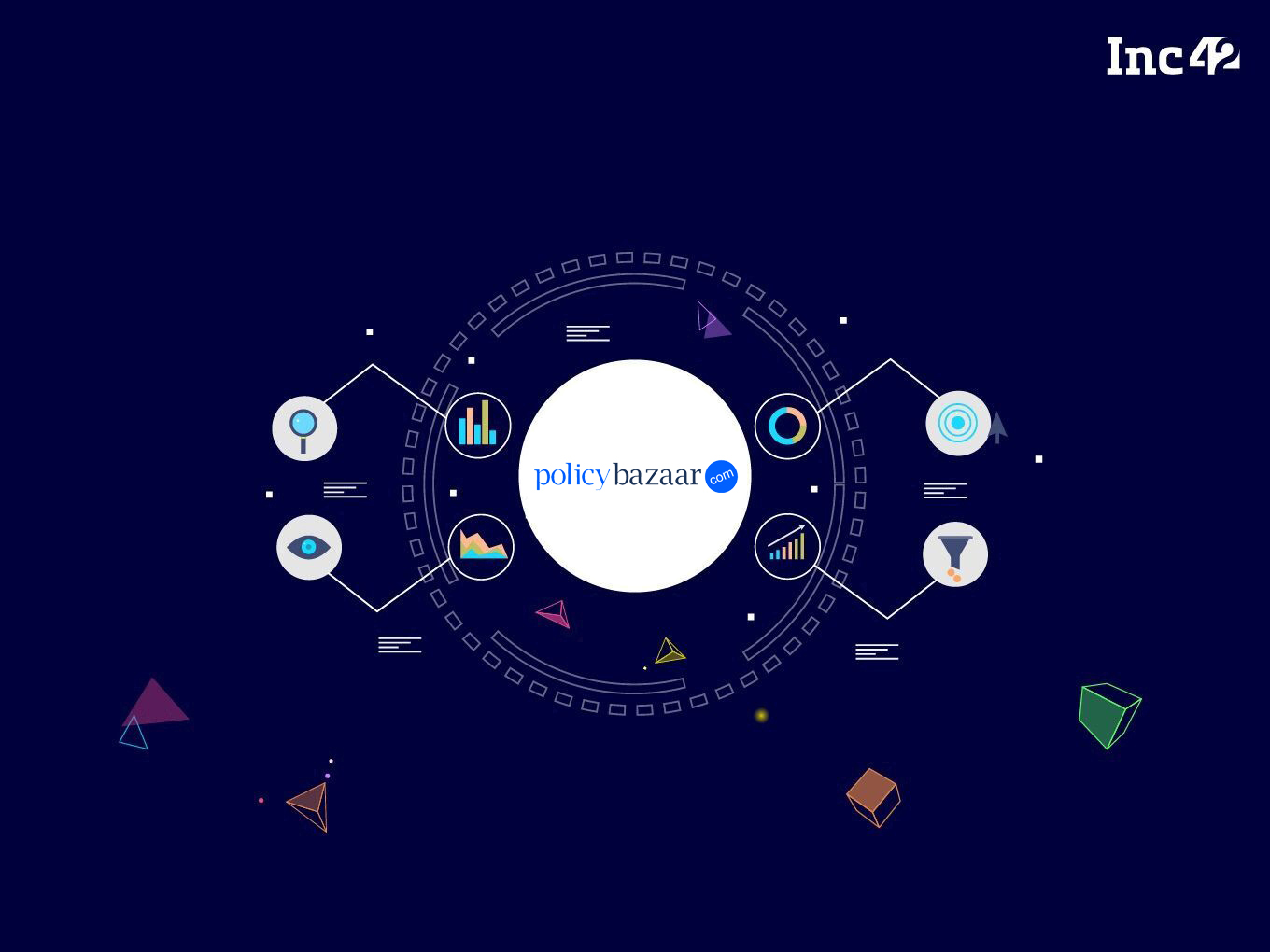 While insurance aggregator services witnessed huge return in FY21, it was offset by lower revenue from the credit platform Paisabazaar

The IPO will comprise a fresh issue of INR 3,750 Cr worth of equity shares and an offer for sale (OFS) of INR 2,267.50 Cr by existing shareholders and promoters. Here’s a look at how the company has performed operationally over the past few years

As of March 31, 2021, over 48 Mn consumers have registered on the Policybazaar platform and purchased over 19 Mn policies from insurer partners on the platform, the company claims. In FY21, the total visits to Policybazaar’s website was 126.5 Mn. This user base is also the source of data insights that the company offers as a service to its partners and allows it to offer risk management analytics.

In fiscal year FY21, the company reported INR 957.4 Cr in total income, up 12% over the previous fiscal. Policybazaar reported a consolidated revenue of INR 855.5 Cr in the financial year that ended in March 2020 (updated as per DRHP disclosures), up from FY19’s income of INR 528.8 Cr. Over 68% of the platform’s operating income comes from its insurance web aggregator services i.e. the commission on the premiums originated from insurance products sold on the platform. The remaining income came from online marketing, consulting and support services provided to financial service partners by Paisabazaar.

In FY21, Paisabazaar’s revenue took a hit due to the pandemic but Policybazaar earned higher insurance commissions and outsourcing services fees due to the increased demand for insurance products in 2020 and this year.

While there was some recovery in the third and the fourth quarter of FY2021, the loan disbursals sold by lending partners on Paisabazaar platform decreased to INR 2916.8 Cr in FY21 from INR 6549.6 Cr in FY20.

Policybazaar Tightened The Belt On Advertising

According to figures compiled by the General Insurance Council and the Insurance Regulatory and Development Authority of India (IRDAI), the health insurance portfolio grew 11% year on year in FY21 to INR 58,584 Cr, due to the pandemic.

It was a year when insurance segments saw a massive uptick due to the economic uncertainty caused by the pandemic, which may change in the future. Compared to FY20, in FY21, its employee expenses increased marginally 6.4% largely because the employee count reduced by 200 during the pandemic.

The company has stated in the past that till FY20, it had been callous with advertising expenses causing it to weigh down the financial performance and harm the unit economics. This led to several loss-making fiscals. However, the IPO prospectus states that advertisement expenses reduced primarily due to Paisabazaar as a result of constraints on lending partners due to the pandemic. The company is yet to demonstrate if it can keep advertising costs under control in a scenario where the pandemic is no longer a critical factor.

Policybazaar claims that the cost reduction measures have helped to improve its contribution margin from 8.6% in FY19 to 39.8% in FY21. The contribution margin is the difference between the sale price of a product and the variable costs associated with its production and sales.

The Indian insurance (including insurtech) space has started observing a rising demand since the past year. The onslaught of Covid-19 pandemic since 2020, especially this year’s more deadly second surge, makes insurance a top benefit and most people are likely to choose companies that provide comprehensive insurance cover for employees and their families.