Disney+ Hotstar has reported a revenue of INR 1628 Cr for FY2020, with losses narrowing in comparison to the previous year

The company saw relatively slower growth in subscription revenue for FY20, in comparison to over 50% growth in ad revenue

According to a recent study, Disney+ Hotstar could become the second-highest revenue-earning video platform in India by 2025 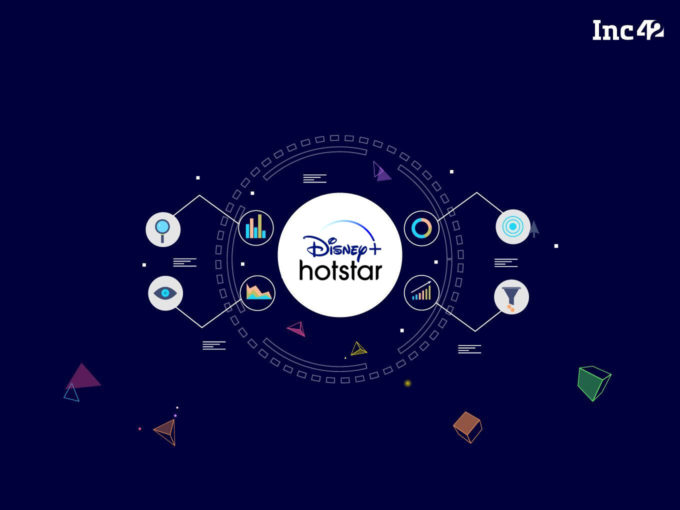 India has turned out to be the north star for streaming service Disney+ Hotstar, which has managed to 86.8 Mn paid subscribers worldwide. The home country for video streaming platform Hotstar currently makes up for a whopping 30% of the overall Disney+ subscriber base. And this growth has come after the company reported a nearly 50% jump in revenue, with 35% lower losses.

Disney+ Hotstar, which was acquired by Disney in 2019, has reported a revenue of INR 1628 Cr in FY2020, up from INR 1123 Cr in FY2019, as per filings by Novi Digital Entertainment, the streaming platform’s parent company.

However, Hotstar has once again not been able to set a mark in terms of profitability like Netflix India. While its revenue is over INR 700 Cr higher than Netflix India’s INR 923.7 Cr, Hotstar reported a loss of INR 361.8 Cr, 35% lower than last year.

Netflix India, on the other hand, reported a profit of INR 8.92 Cr with expenses surging to INR 909.3 Cr. It must be noted that not all of Netflix India’s spending would be driven by the India business, since the company’s global marketing budgets would also include allocation for the Indian market. So the profit and loss situation is not the best indicator of the growth, and the proof of traction would be best seen in the growth in subscriptions.

Over INR 350 Cr of the higher income for the company has come from ads, which makes up over 70% of the total revenue growth in the year.

Given that OTT subscription is still a monthly cost burden for much of the Indian population and considered an indulgence, the growth in subscription revenue was always expected to be slower. It remains to be seen whether this particular component has changed since Disney acquired Hotstar and brought its Disney+ library to India.

In contrast, Netflix has reported significant growth in India revenue from INR 58.04 Cr in FY2018, to INR 470 Cr in FY2019 and then INR 900 Cr in FY2020. India falls in the Asia Pacific region for the US-based company, which was the second-largest contributor to the yearly tally with 93 Lakh new subscribers in 2020. The company had added a record 3.7 Cr paid memberships in last year. The company had also offered a two-day free streaming offer in India, which led to 8 Lakh downloads of the Netflix app.

In terms of expenses, Hotstar spent INR 1383.30 Cr or 70% of the total costs for the year towards operational expenses, which was about 58% last year. Beyond this, the company has managed to cut down on its all other major expenses, including advertising promotional expenses by 29% to INR 286 Cr and employee benefits expenses by 8.5% to INR 166 Cr. The company’s depreciation, depletion and amortisation expenses have grown 500% to INR 34.84 Cr.

Besides Netflix and Disney+Hotstar, the Indian market features Amazon Prime Video, MX Player, Zee5, ALTBalaji as the frontrunners in the Indian video streaming market. Most of these follow the same subscription + advertisement revenue approach as well, but Disney+ Hoststar continues to be the biggest platform at least in terms of numbers as well as revenue. And the OTT market saw major adoption growth across categories and platforms in 2020.

However, it is difficult to predict whether Hotstar will be able to keep up with the revenue growth in FY2021, ending in March 2021. The company, in its financial statement, has claimed that its operations were hit during the pandemic due to health in sporting events worldwide. The pause on the shooting of shows between March 19 to July 13, 2020, also impacted the company’s revenues.

While Hotstar claims that since the easing of restrictions, the production of shows has resumed and many have released on the platform, it added the impact from the pandemic will be assessed on an ongoing basis.

According to a study by consultancy firm Media Partners Asia, Disney+ Hotstar could become the second-highest revenue-earning video platform in India by 2025, behind only YouTube. Disney+ Hotstar’s revenue is expected to grow from $216 Mn last year to $902 Mn by 2025 and that is despite forecast contraction to $175 Mn in 2020, due to the economic impact of the pandemic.

That does not mean that Hotstar or other OTT players do not have threats from policy or indeed the changing nature of the Indian demographic. Last year, the OTT and digital news media segments were brought under the aegis of the information and broadcasting ministry. This change threatens to bring in regulations and censorship to the OTT segment and besides Disney+ Hotstar, international platforms such as Netflix and Amazon Prime will also be impacted.