Even though there are many issues that need to be ironed out with MiCA, the stability and clarity it provides might push EU countries towards buying a crypto-leader. 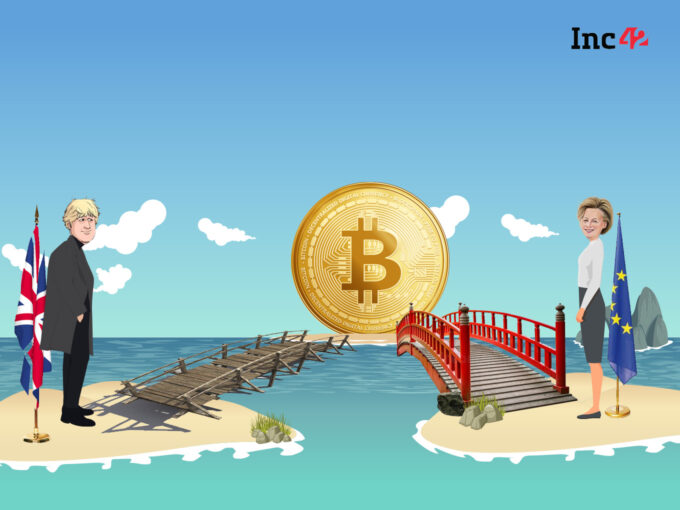 As rumours of a blanket crypto-ban and other regulations started taking hold, the Finance Ministry stirred up the pot further earlier this week when it said the government had no plans to boost the sector in the country.

While responding to a question in the Rajya Sabha, Minister of State for Finance Pankaj Chaudhary reiterated that cryptocurrencies are unregulated in the country and moved the conversation to central bank digital currencies instead, adding more fuel to the fire of miscommunication.

We have already written a story about what to expect from the upcoming crypto bill based on the chatter from the government, the legal fraternity and industry insiders. You can read that here. But what we are going to do now, is to look at how other countries are handling cryptocurrency regulation, and what we can learn from them.

Of all the different approaches that different countries are taking to handle what is being referred to as the ‘asset class of the future’, the difference between how the European Union and the United Kingdom, that recently left the former, approaches cryptocurrency presents the most interesting dichotomy.

“Looking at the UK’s and the EU’s approach is very instructive because they have very different approaches. In the UK, the philosophical thought about cryptos is that if it looks like a share or a bond, it will be regulated as one. If they don’t look like one, then they are completely outside the regulatory perimeter,” said Cyrus Pocha, a partner at UK law firm Freshfields Bruckhaus Deringer, while speaking at a seminar attended by legal professionals.

The United Kingdom: Lot of space for no man’s land

The United Kingdom has taken an approach where they have split all crypto-assets into two categories: unregulated and regulated. The former consists of all cryptocurrencies, assets and tokens that either resemble conventional financial instruments, as well as security tokens and ‘e-money tokens’ (tokens that meet the definition of e-money under the Electronic Money Regulations of 2011).

All tokens that fall into the former category are regulated tokens and their trade and usage will be regulated under the Financial Services and Markets Act (FSMA) 2000 (Regulated Activities) Order 2001 (“RAO”) .

All instruments regulated under FSMA are exhaustively listed in the act of parliament and are referred to as ‘specified investments’ and include shares, bonds, fund interests and derivative contracts.

In order to determine whether a security token or an ‘e-money token’ is subject to regulation in the UK, it is necessary to analyse its function to see whether it resembles any of the above mentioned financial instruments closely enough to fall into the same category. If it does, it will be regulated in the exact same way as the conventional financial asset.

But what about the large number of popular cryptocurrencies like Bitcoin and Ether that do not fall into those narrow definitions? This is where the UK’s regulatory approach becomes really interesting—all such coins and their trade and usage will remain unregulated.

But what does that mean? Does it make those cryptocurrencies illegal? No, it doesn’t. People can still carry out crypto transactions and trades with those tokens, but these transactions will not be protected by the legal ambit of regulations.

For example, if you want to reverse an electronic payment conducted using your credit card because it was fraudulent, you can request your bank to conduct a ‘chargeback’, because credit card issuing authorities are regulated entities. In the United Kingdom, the Financial Conduct Authority (FCA) regulates all credit card issuing institutions, and they have to follow its mandate.

The UK’s regulatory framework allows legal usage of cryptocurrency assets, but crypto users are offered none of the protections that are given to those who conduct conventional financial transactions.

While this lackadaisical approach does simplify the legal usage of cryptocurrencies, it seems more like a way for authorities to wash their hands off of any future mishaps than an actual attempt to clarify the air for crypto users.

In stark contrast to the United Kingdom, the EU decided to take an almost diametrically opposite approach by attempting to create a framework that comprehensively covers all kinds of crypto tokens and their usage under its ambit.

On September 24th, 2020, the EU commission published a proposal for the regulation of crypto assets called “Markets in Crypto-Assets Regulation” (MiCA). Once it comes into effect, the MiCA will become applicable law in all EU member states and will regulate all issuers and service providers dealing with crypto-assets.

MiCA will be used to regulate all crypto-assets that are not covered under existing regulations—this excludes security tokens which are covered under the EU’s Markets in Financial Instruments Directive-II (MiFID), and regulated like shares, bonds and investment funds. MiCA separates all crypto-assets into the following categories:

ARTs and EMTs are both stablecoins—EMTs are linked to a single fiat currency (like Tether with the US Dollar) or linked to either several fiat currencies or assets like gold.

In the future, issuers of these crypto assets will have to publish a white paper and send it in advance for notification to their national financial regulatory authority. For example, in Germany, that would be the Federal Financial Supervisory Authority (BaFin).

The regulatory authority then reserves the right to stop the issuance of the tokens. Additionally, for ARTs and EMTs, the European Banking Authority (EBA) is responsible for supervision and approval. Depending on the crypto-asset category, issuers will have to fulfill different regulatory requirements before issuing different tokens.

Service providers offering crypto-based services like brokerage, trading etc. are required to get prior approval from national regulatory authorities to offer crypto asset services under the MiCA. They will have to follow stringent regulatory requirements considering initial capital reserves, IT infrastructure, corporate structure etc. in order to offer crypto-based services in EU countries.

Some countries like Germany already issue licenses for crypto-related financial services. MiCA makes provisions for these licenses to be ‘upgraded’ to be MiCA compliant with a simple procedure.

Lessons To Be Learnt And Pitfalls To Be Avoided

Now the question is which lead India should follow: the stiflingly comprehensive framework adopted by the EU, or the casual ‘let’s see what happens’ attitude of British regulators? One might be mistaken for thinking that the right approach is somewhere in the middle, but I would argue that we would be much better off if we approach the ‘European attitude’.

Critics would point out that the EU’s approach might overshoot its mark and amount to governmental overreach that imposes impossible constraints on businesses and stifles innovation. The UK’s simple approach leaves a lot of room for open interpretation regarding the usage of cryptos, allowing innovative businesses to flourish.

This is especially true for a country like India, where our lawmakers often have scant regard for the effect that legislation has on the lives of people and sometimes pass legislation with little to no debate.

But one Indian quality that we are discounting is our propensity to skirt laws and regulations, especially when they present loopholes that can be exploited. Not too long ago, some Indian crypto exchanges were flooding the country with ads, some of them referring to crypto investments as ‘safe hai, simple hai’ (It is safe, it is simple).

Amid all the uncertainty and turbulence regarding cryptocurrencies in the country, the MiCA proposal should serve as a lighthouse for Indian lawmakers to aim towards as they formulate legislation to govern the new asset class in the country.

While MiCA has a lot of minor technical issues (and a few major concerns) to address, the stability and clarity it will bring to the usage of crypto-assets is likely to make the EU a world leader when it comes to crypto-businesses. It may be overly hopeful to expect India to do the same but hope is all we have.