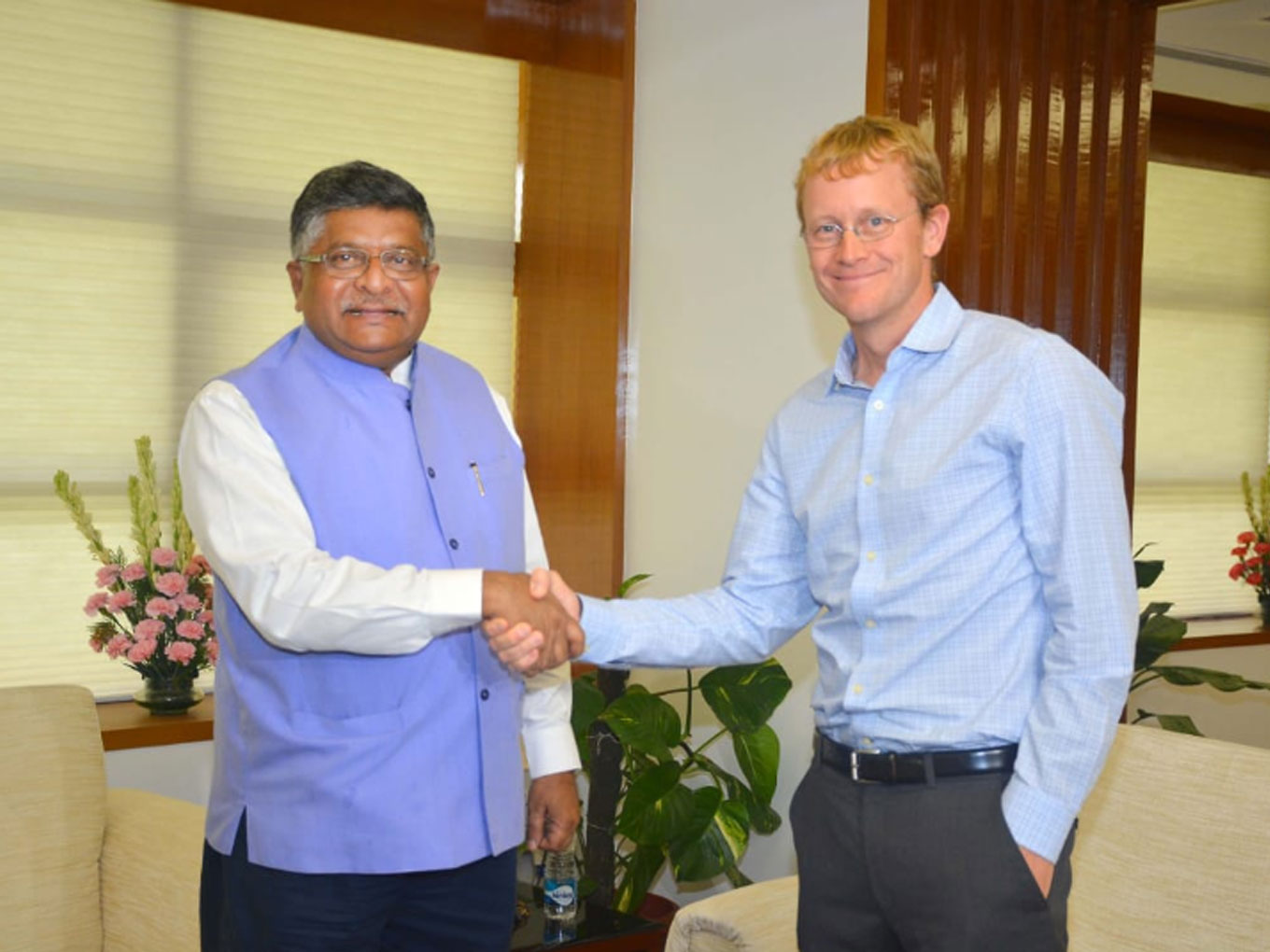 Taking ‘Athithi Devo Bhava’ to the next level, the Indian government asked WhatsApp Chief Chris Daniels to devise ways to trace the origin of fake messages circulated on the platform, set up a local corporate entity and appoint a grievance officer to address complaints, aiming to curb the spread of deadly rumours that have claimed several lives.

In a Twitter post on Tuesday, Information technology (IT) minister Ravi Shankar Prasad said: “I requested CEO WhatsApp Chris Daniels to set up a grievance officer in India; establish a corporate entity in India & comply with Indian laws. He assured me that WhatsApp will soon take steps on all these counts.”

As Inc42 had reported earlier, Daniels’ visit to India and his meeting comes after months of the company facing challenges after more than 31 killings across India this year in mob lynchings fuelled by rumours circulating on WhatsApp.

Following this, the Ministry wrote a letter to the company emphasising that the messaging app cannot “evade accountability and responsibility, especially when good technological inventions are abused by some miscreants who resort to provocative messages which lead to spread of violence.”

During his four-day visit to India, Daniels will meet business and government officials during his visit.

The government also asked Daniels to work closely with law enforcement agencies of India and create public awareness campaigns to prevent misuse of the app, Prasad said in a Twitter post.

At the same time, the government also sought a technological solution from WhatsApp to trace the origin of fake messages.

“I have said in the past that it does not take rocket science to locate a message being circulated in hundreds and thousands… You must have a mechanism to find a solution,” Prasad said after the meeting.

WhatsApp could face abetment charges if no action is taken, he added.

Prior to this, IT secretary Ajay P. Sawhney had said: “These platforms have to follow certain norms. If they don’t follow norms, then we will approach these platforms with the concerns and the steps needed. We are confident that big platforms would want to retain the confidence of users on their platforms.”

The development comes aligned to the department of telecommunications’ letter to telecom operators and internet service providers to suggest ways to block social media apps such as Facebook and WhatsApp during emergencies.

The Unhappy Time Of WhatsApp

Recently, WhatsApp restricted its forward message limit to five chats for over 200 Mn users in India. The ‘forwards’ label was introduced last month by WhatsApp in India. It had also published a video to educate its users on fake news. WhatsApp claimed that the move will help keep the application the way it was designed to be – a private messaging app.

WhatsApp has also announced that it will be building a local team, including India’s head, as a part of steps to check fake news circulation.

Initially, WhatsApp had asked for support from the government and society in combating the issue of fake news. It had also announced that it will be giving users controls and information to help them stay safe and it is also planning to run long-term safety advertising campaigns in India.

The trouble brewed for WhatsApp with the delay in the launch of its payments feature, which continuously has been stuck between NPCI, MeitY and other government agencies.

With WhatsApp chief in India to address issues for the messaging service, any good news for the company may be the big boost it needs to revamp its diminishing image in the country.