Jio is not using any Chinese components for its services: Ambani

Trump discussed the importance of 5G with Narendra Modi 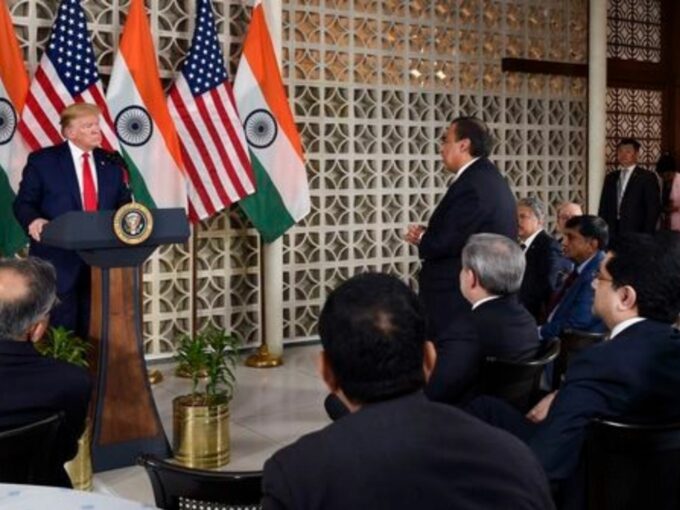 While the Indian government has allowed Chinese companies to take part in the trials for 5G cellular networks, Mukesh Ambani-led Reliance Jio is not planning to tie-up with any of these players. He also noted that Jio is not using any Chinese components for its services.

According to a transcript released by the White House, Ambani, during his meeting with the US President Donald Trump, said that Jio will not have a single Chinese partner in its 5G service.

During his India visit, Trump said that he also discussed the importance of a secure 5G wireless network with Indian Prime Minister Narendra Modi. He also brought up that 5G should be a tool for freedom, progress, and prosperity. “5G doesn’t have anything to do to be conceived as a conduit for suppression and censorship,” Trump was quoted as saying by Livemint.

The Reliance Industries Limited chairman also claimed that Jio is the only network in the world which hasn’t used any Chinese component in its operations so far. For its 4G and 5G play in India, Reliance has partnered with South Korean tech major Samsung, according to Livemint. In India, Airtel and Vodafone Idea are working with Chinese tech major Huawei. On the other hand, government-owned BSNL has partnered with ZTE for its operations.

Ambani’s comments on not partnering with Chinese companies are in line with US interests currently. Since Trump became the President in 2016, he has remained steadfast in cracking down on trade with China. Moreover, the US has also been pressuring allies to keep a distance from Chinese tech companies Huawei and ZTE.

Earlier in October 2019, US commerce secretary Wilbur Ross had said that the US is worried if its allies use telecommunication equipment manufactured by Chinese tech giant Huawei as they would end up exposing themselves to security risks.

In December 2019, secretary of state Mike Pompeo held discussions regarding the 5G issue during the second edition of the 2+2 ministerial dialogue between India and the US. Besides Pompeo, India’s foreign affairs secretary S Jaishankar and defence minister Rajnath Singh and US defence secretary Mark Esper were also part of the 2+2 ministerial dialogue. During the meeting, the US has also alerted the Indian government about the risks which might come by allowing China-made 5G communication network equipment in the country.

While the US has been pressuring India for not allowing Chinese companies to become a part of its 5G plans, the government has recently allowed Huawei and ZTE to take part in the telecom trials. However, the government has clarified that it is going to evaluate security vulnerabilities associated with the upcoming 5G trails. The analysis will help the department to make the final list of companies joining India in the 5G technology deployment, which might exclude Chinese companies.

Besides the US, countries such as Australia, New Zealand, Japan, and Taiwan have also banned Huawei and ZTE to participate in their 5G trials. On the other hand, the United Kingdom has allowed these two to sell only non-core 5G products there.