Warren Buffett Predicts A Bad Ending For Cryptocurrencies And Bitcoins

Warren Buffett Predicts A Bad Ending For Cryptocurrencies And Bitcoins

In An Interview To CNBC, The Oracle Of Omaha Dismissed The Craze Over Bitcoins And Cryptocurrencies 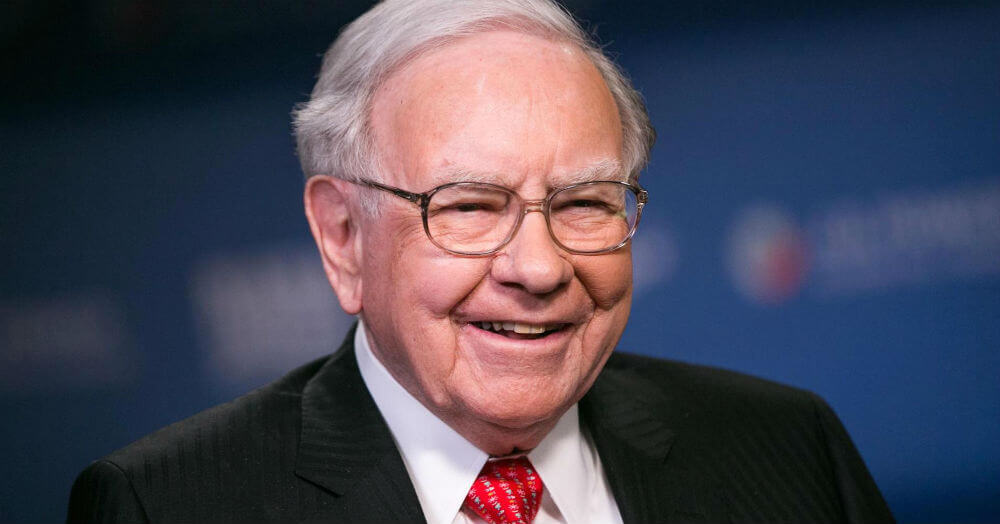 “I get into enough trouble with things I think I know something about. Why in the world should I take a long or short position in something I don’t know anything about,” told billionaire investor Warren Buffett to CNBC when questioned about Bitcoins and cryptocurrencies.

The Oracle of Omaha dismissed the craze over Bitcoins and cryptocurrencies saying that it won’t end well. The Chairman and CEO of Berkshire Hathaway added in an interview on CNBC’s “Squawk Box”, “In terms of cryptocurrencies, generally, I can say with almost certainty that they will come to a bad ending.”

He stated, “When it happens or how or anything else, I don’t know.  If I could buy a five-year put on every one of the cryptocurrencies, I’d be glad to do it but I would never short a dime’s worth. We don’t own any, we’re not short any, we’ll never have a position in them.”

Warren Buffett has been critical of Bitcoins since 2014. Back then, he had stated that Bitcoin was a mirage. He had said, “It’s a method of transmitting money. It’s a very effective way of transmitting money and you can do it anonymously and all that. A check is a way of transmitting money, too. Are checks worth a whole lot of money just because they can transmit money? Are money orders? You can transmit money by money orders. People do it. I hope bitcoin becomes a better way of doing it, but you can replicate it a bunch of different ways and it will be. The idea that it has some huge intrinsic value is just a joke in my view.”

Interestingly, Warren Buffett’s remarks come a day after J.P. Morgan Chase Chairman and CEO Jamie Dimon backtracked from his earlier criticism of cryptocurrencies and said that he regrets calling bitcoin a fraud and believes in the technology behind it. Earlier in September last year, Dimon had called Bitcoin a fraud.

While Warren Buffett still believes that crytptocurrency will have a bad end, it is nevertheless finding many famous takers of its own. For instance, in his first New Year post, Facebook founder and CEO Mark Zuckerberg has stated that he wants to explore the power the cryptocurrency, as a technology and also as an important means to empower decentralisation. The Facebook founder wants to explore how cryptocurrency can be enabled in Facebook services.

Similarly, last week, PayPal founder and one of Facebook’s early-stage investor, Peter Thiel has reportedly bought Bitcoin worth $20 Mn. The news spread like wildfire in the Bitcoin community and the very same day, the price surged by 13.5%. The investment has been made through his VC firm Founders Fund. In recent times, no other VC firm has invested in Bitcoin in such huge amounts.

Similarly, Kodak became the latest addition to companies which are piling into cryptocurrencies. This week, Kodak announced that it would launch its own cryptocurrency, KodakCoin, a move that doubled the struggling company’s share price. Kodak, which emerged from bankruptcy in 2012 said the move would allow photographers payment for licensing their work using KodakCoin.

Warren Buffett’s investing track is unparalleled and his advice mostly unquestionable. But it needs to be remembered that Buffett has mostly shied away from new technology. For instance, at Berkshire Hathaway’s annual meeting last May, Buffett expressed regret for not investing in Google and Amazon stock years ago, having failed to appreciate the great potential of these tech companies. With Bitcoins’ price set to hit $50K market in 2018 as per the experts and no sign of abatement in the craze for cryptocurrencies the world over despite governments and authorities being divided on them, it remains to be seen if what Buffett dismissed as a mirage will actually meet a bad ending? Or is it something that the Oracle of Omaha will regret not investing in, in times to come?