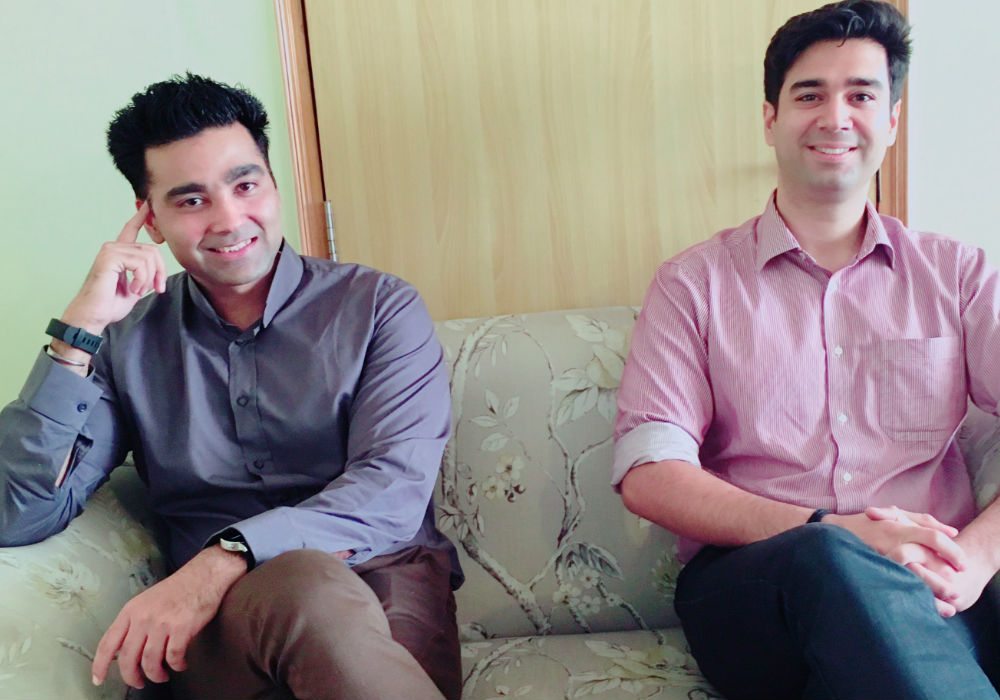 With more than 3 lakh apps around, every activity of our daily life seems to be trapped in a digital shell, with no acquaintances, even with people in our closest vicinity. Someone might have more than 5000 friends on Facebook, but despite living for a decade at one place, they hardly knew any of their neighbours. This realisation made Bhavya Kohli and his friend Manhar Oberoi, on an endeavour to get people to start living an active lifestyle.

The duo launched WakoW in June this year to help people connect with each other based on common interests and needs in their vicinity. Based out of New Delhi, they are currently working with a team size of 20.

The startup has recently closed its second angel round of $141K funding from an undisclosed angel investor, primarily dealing with a traditional jewellery business. Earlier in June, WakoW raised a seed funding of $22K from a Taiwan-based company at $2.2 Mn valuation.

What’s The ‘WoW’ In WakoW

The App is essentially a hyperlocal buddy finder and a social network which helps in finding people to  play sports with, do yoga with, jog with, carpool with, party with or even finding playdates for your kids. There is also a separate category for physically challenged people and other interesting categories that even include finding dog mates.

It works at a global level with connections made primarily through geo-tagging and check-ins. Once you checkin to a place, you can automatically see which friends of yours are close by.

With WakoW, you can find activities even by Nationality. For instance, if you’re an Indian in Arkansas who likes to play cricket, then you can find fellow Indian cricket enthusiasts in your vicinity and organise cricket matches with them.

The app gives you absolute control over what you define your vicinity to be with a simple tap. Also, it allows you to ‘Wish List’ a partner. Like, if you want a jogging partner who’s not necessarily in your existing circle of friends, WakoW can help you find such people in your vicinity and connect with them instantly. 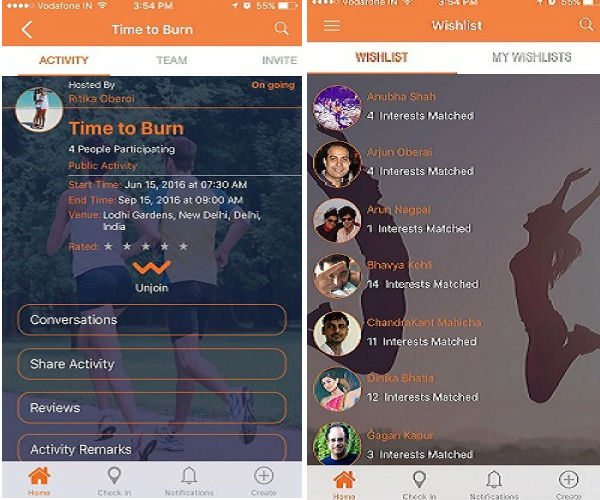 There’s another feature called, ‘Personals’ – a kind of dating app which works only for the people with whom you are friends with. “With WakoW, you can anonymously express interest in someone that is on your friend list and if that person expresses interest back (also anonymously), then and only then do both of you get notified! Your secret is forever safe with us and there is no heartache or embarrassment involved in the entire process,” said Manhar. 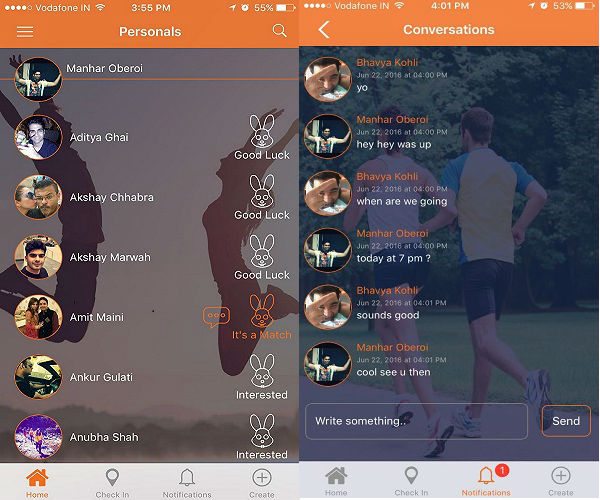 Apart from these, one can integrate with social networking sites which allows users to upload pictures taken through the app on these platforms or add checkins, tag people etc.

There are further plans to integrate ecommerce platform on the app, to allow users to discover and search products of interest along with the activities. One will soon be able to get suggestions on recommended facilities nearby.

The founders are planning to monetise on the tune of in-app purchases, advertisements, revenue platform organising events/ exhibitions, shows etc. Although, there are thousands of applications like MeetUp, Tinder, Smacktive, MeetIn, etc., Bhavya believes that downloading their app will remove the need for multiple apps for essentially the same need. “There are apps for sports, carpools, dating, education etc., however no app addresses the problems that we do in totality. Hence, in our opinion, we are not competing with any singular app out there. We have been getting a 100% positive response from the users with no challenges faced,” said Bhavya.

The app currently just 1100 app downloads (iOS/ Android) with 500 active users mostly opting for activities such as Cricket/ Badminton/ Dating/ Dog Mating/ Playdate. Apart from India, the team is also enabling traction from users in the USA and Europe. The Facebook group created to make people aware and encourage them to download the WakoW app is also growing on a daily basis, gaining 4500+ users within a span of 15-20 days.

As Bhavya said, there has been no paid campaigns done to promote app downloads to date. “With an app like ours, we wanted to grow organically and with word of mouth because if we have paid downloads, then people will find users that are not active and that would work against us in the long run,” he added.

The next version of the app will roll out the social media platform in lines of Facebook where users can follow their friend’s activities via WakoW feeds. There are plans to enter into the hiring domain by opening up a platform for freelancers, professionals and organisations to use for their staffing requirements. Also, it will be testing waters in the proximity marketing, instantly showing the users offers available in the vicinity on a day out via app, without having to roam around aimlessly.

In next six months, the team is targeting a user base of 50K+ and are expecting a break-even by next year. “We are looking to raise another round of funds currently. On the technological innovation front, the current version of the app is just a tip of the iceberg, we are only getting started and have tonnes up our sleeves,” said Manhar.

However, despite an immense monetisation opportunity, India is still considered to be an immature market for home-grown social networks. As per Yash Kotak, the one main learning that he got from Znapin shutdown was that it’s really difficult to raise money in India, especially at the idea stage. There is a lack of belief in a social media network coming out of India and also India doesn’t have a track record for such companies.

But, there are others who are still leveraging this opportunity including Vebbler, Imlee, Velfie, Musicfellas, LurnQ, Etable, Pikboo, Hammer, Worldoo, JoGuru, TouchTalent, and more. While Wakow aim is to be a one-stop destination for all major activities, we can just wait and watch what its fate would be.