SoftBank has close to $13 Bn in its Vision Fund corpus, said Rajeev Misra 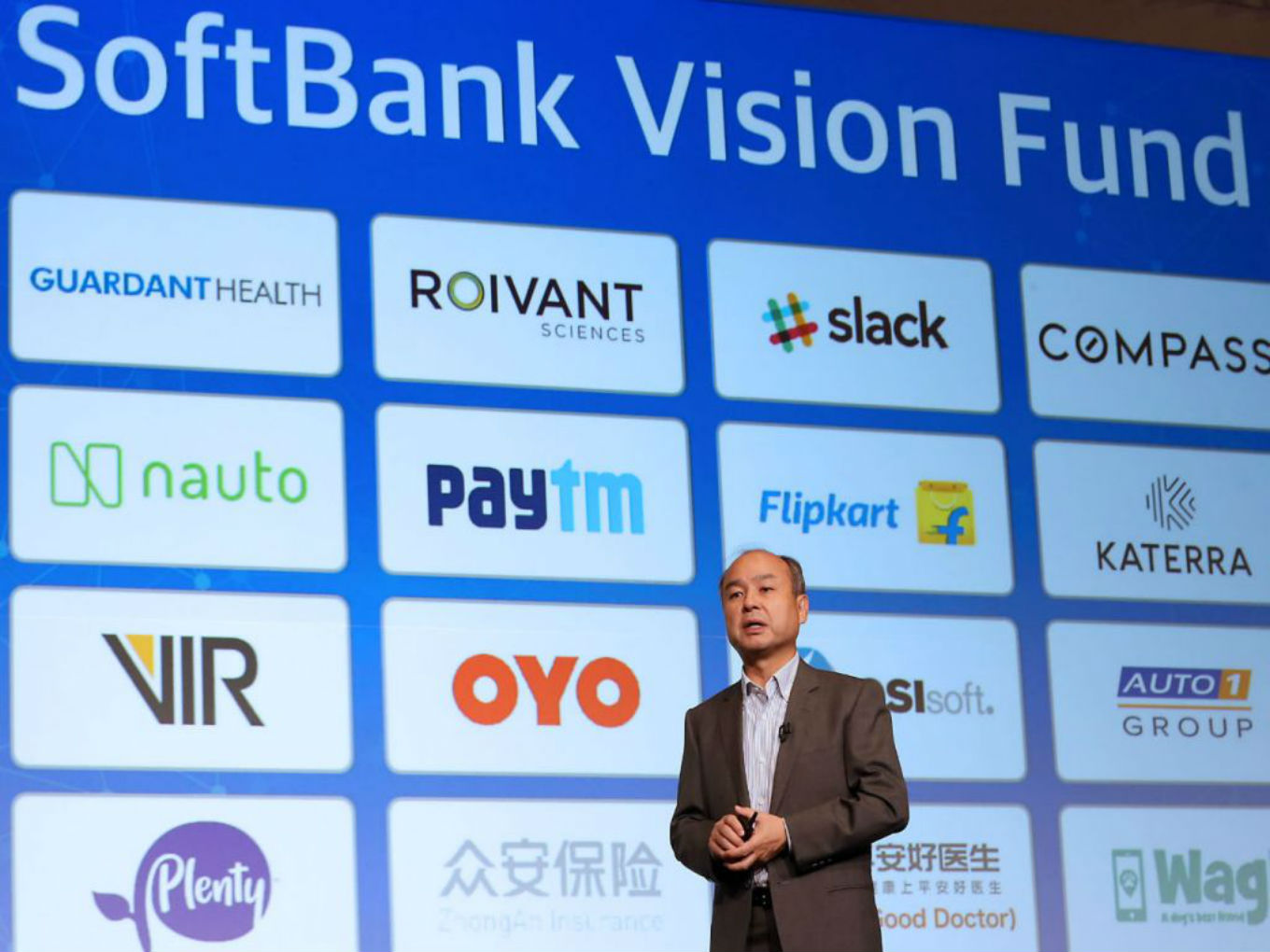 Japanese multinational conglomerate SoftBank, with $13 Bn left in its corpus for the SoftBank Vision Fund, has been in talks with 15-20 companies to strike new deals in India as well as globally. Rajeev Misra, CEO of SoftBank Vision Fund, said that the Japanese investor is on the lookout to strike new deals “at the right valuation”. He assured that SoftBank will reveal the deals in the upcoming three months.

Misra also agreed that SVF portfolio company Paytm might face an impact from the recently-announced Reliance Jio-Facebook deal. He elaborated that the deal will allow Facebook to push WhatsApp Payments to get adoption and also push Reliance’s ecommerce platform, JioMart. Misra noted that even though the Jio-Facebook partnership will be a “formidable” competitor for Paytm, this has always been the case, with the likes of Google Pay and Walmart-owned PhonePe in the market.

“SoftBank Vision Fund I and II are both interested in buying secondary positions from early-stage investors who are wanting to exit as their fund lives come to an end. Next three months, we will announce deals as currently, we are in mid-stages of talking to 15-20 companies for both secondary and primary investments…” Misra added in an interview with Economic Times.

“India will see consolidation as there are too many players in sectors like e-pharmacy, office sharing, grocery delivery, e-fitness, education… Stronger players with capital who can make acquisitions and consolidate will have an advantage. Our portfolio companies are all tech-enabled and will gain, as brick-and-mortar won’t be able to compete.”

Misra statements about Paytm come at a time when media reports suggest that Paytm is in talks with Microsoft to raise capital. Secondly, WhatsApp Pay has assured the National Payments Corporation of India (NPCI) that it will be compliant with all local data protection and storage regulations by May, paving a path for its complete rollout in India.

Meanwhile, another SoftBank portfolio company, hotel and hospitality firm OYO, has seen revenues plummet by up to 60% and the company’s balance sheet has come under severe stress. This has forced OYO to send employees on furloughs, salary deductions and suspend hotel partners.

Meanwhile, Misra added that SoftBank has also infused close to $5 Bn in its SoftBank Vision Fund II as the company was unable to get capital commitment from external sponsors or limited partners after the WeWork Debacle and other high-valuation startups. He noted that SoftBank has already spent $3 Bn out of the money the conglomerate had infused into the fund and is willing to add more.

“We have multiple promising companies right now, Bytedance, food delivery players like Ele.me and Doordash, Coupang in Korea and Policybazaar, Delhivery and Grofers. We are also convinced that because of Covid-19, the shift to technology will be more rapid…” Misra said.

The article was originally published with the headline “SoftBank Will Deploy Unspent Vision Fund Corpus In Indian Startups”. It has since been changed to reflect Rajeev Misra’s statement more accurately.